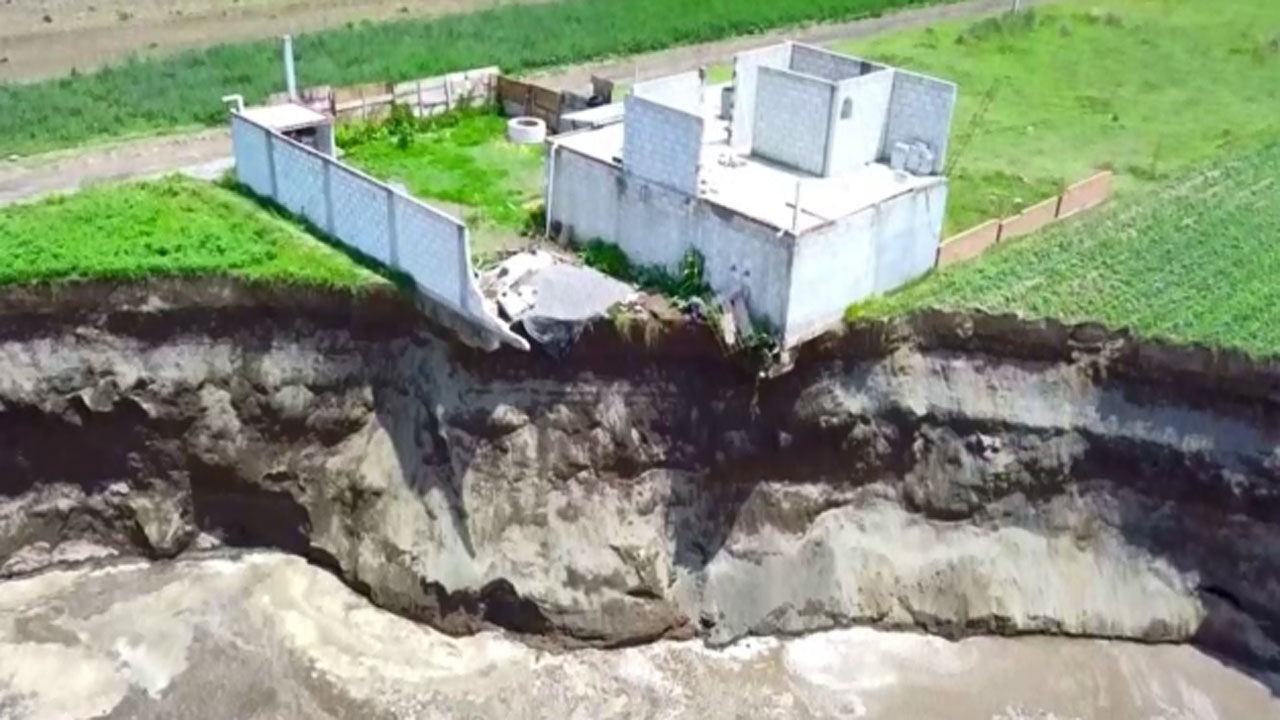 A sinkhole that opened on a farm in Mexico’s Puebla state last month is getting bigger and residents are terrified.

When this sinkhole first appeared on the 29th of last month, it was only about 5m in diameter, but as it grew day by day, it became a very large sinkhole with a diameter of 126m in 12 days.

It is 20 meters deep, the 7th floor of the building, with an area that would be enough to fit a soccer field.


The only house in the vicinity is holding on, as if it will collapse into a sinkhole right away.

Two dogs living nearby were also found halfway through the inner wall of the sinkhole.

The situation is getting more serious, but the exact cause of why the sinkhole was created and how it continues to grow is unknown.

Some residents claim that it is the result of excessive extraction of groundwater by nearby factories, and there is also speculation that it was caused by the current flowing underground.

Netizens asked, “How much does a homeowner feel when he sees a house being sucked in? “How the hell are you trying to get bigger? Please stop.”