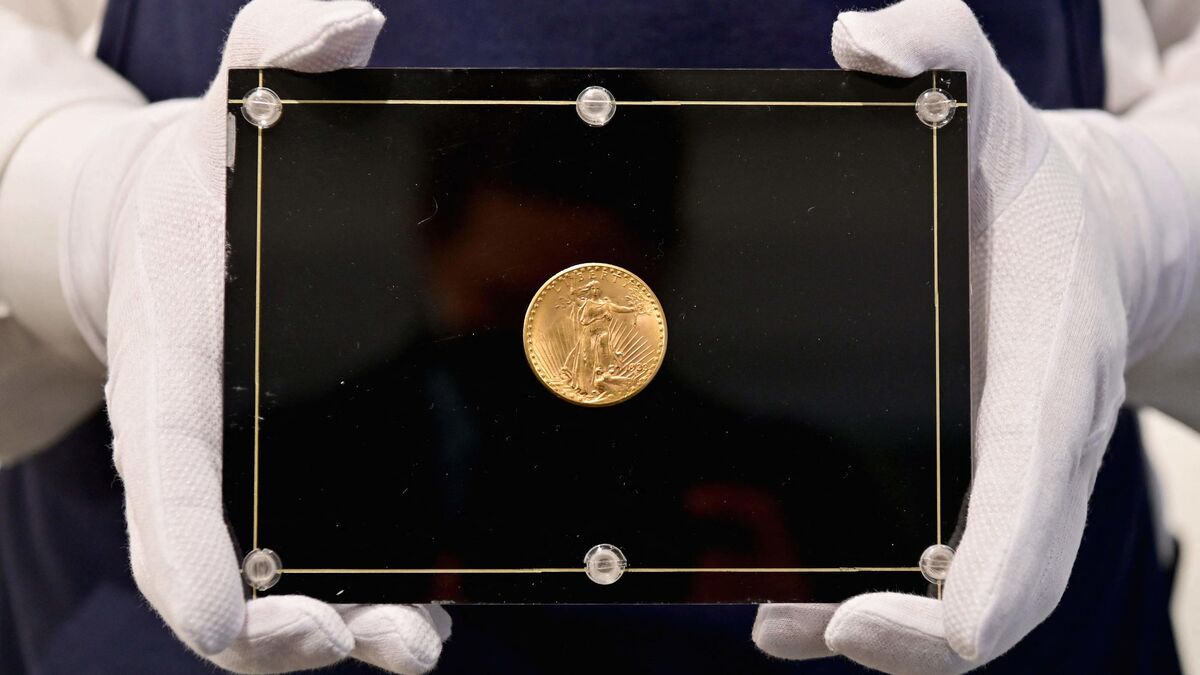 It is a sale that must have made all numismatists dream. A gold collector’s coin was sold on Tuesday for 18.8 million dollars (about 15.4 million euros) in a sale organized by the auction house Sotheby’s in New York, a record.

This copy, which is part of the last series of gold coins, called “Double Eagle”, minted by the United States Mint in 1933, thus becomes the most expensive coin in the world, ahead of the silver dollar “Flowing Hair. (Minted in 1794) sold for $ 10 million in 2013.

The coin, with an initial value of $ 20, depicts the image of a woman embodying freedom on one side and an eagle in flight on the other, drawn by the American sculptor Augustus Saint-Gaudens. It was never put into circulation, the American President at the time, Franklin Roosevelt, having initiated the end of the convertibility of American currency into gold. The United States never minted gold coins again, except for limited collector series.

Copies seized by the secret services

A few copies nevertheless appeared on the collectors’ market, before being seized by the American secret services, with the exception of a “Double Eagle” which had integrated the numismatic collection of King Farouk of Egypt.

The precious gilt-metal washer was bought in 1995 by a British collector who, after five years of legal battle, was allowed to legally resell it to its current owner, American designer Stuart Weitzman, in 2002, for $ 7.9 million. of dollars. At the end of this sale, the director of the Mint of the United States had issued to Stuart Weitzman a certificate of monetization, making the object an official American coin.

The prized shoemaker of many celebrities had assembled a unique collection with, in addition to the “Double Eagle”, what many consider the rarest stamp in the world, the British Guiana One-Cent Magenta, which was also part of the sale held on Tuesday. .

The British Guiana stamp, with an original face value of one cent, was part of a series printed in disaster by the Postmaster General of British Guiana (now Guyana) following a supply disruption.

Stuart Weitzman got his hands on this 1 cent stamp, printed in 1856, in 2014 for $ 9.4 million, which remains to this day the record in the field. On Tuesday, it was sold for a significantly lower price, at $ 8.3 million. All proceeds from this sale will go to charity, said Stuart Weitzman.