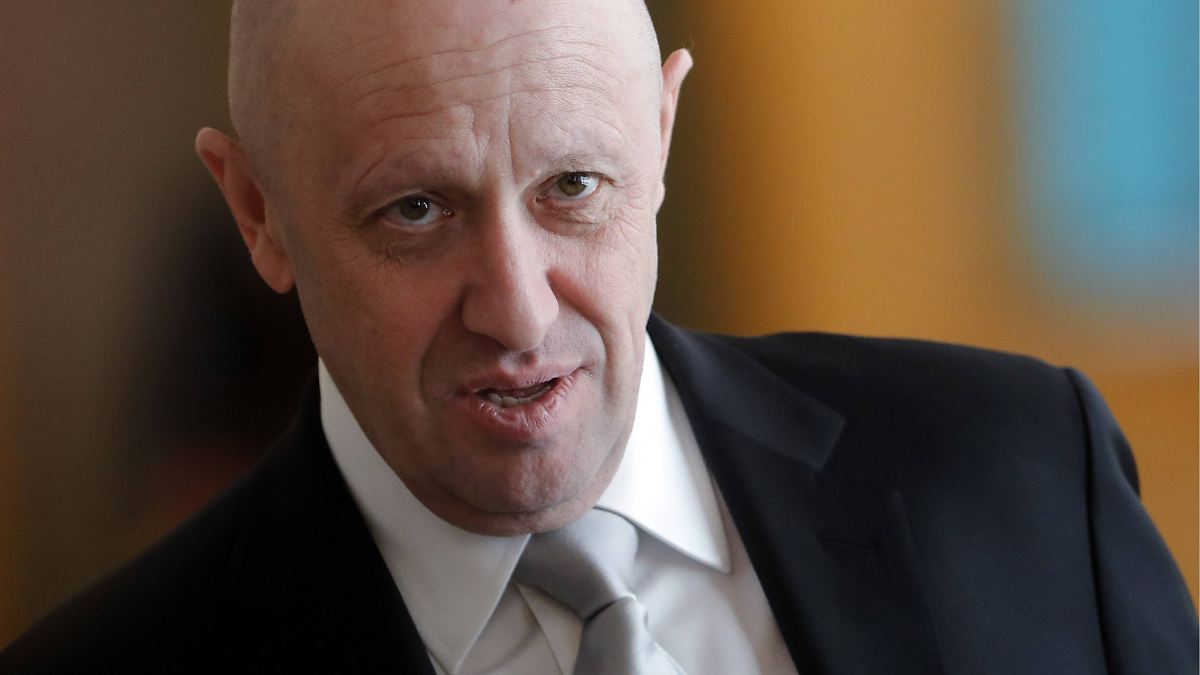 Russia’s ultra-nationalists put pressure on Putin after military defeats – including Wagner boss Prigozhin, who has become known as “Putin’s cook”. According to the Ukrainian secret service, high-ranking Russian officials are now supporting a rival of Prigozhin.

According to the Ukrainian military intelligence service HUR, Russian officials are trying to establish a military counterweight to the Wagner mercenary group. The Kremlin-related businessman Armen Sarkisyan is trying to create a new “private military company” to compete with Wagner boss Yevgeny Prigozhin. Sarkisyan is said to be close to former Ukrainian Prime Minister Viktor Yanukovych.

Only recently, Sarkisyan was appointed as the new administrator of prisons in the Russian-occupied territories of Ukraine, called es. He is pursuing the goal of breaking up Prigozhin’s quasi-monopoly on private military companies in Russia with his new company. The Russian-Armenian billionaire and businessman Samvel Karapetyan is to support Sarkisyan financially in his project. Karapetyan is the owner of the Tashir Group, a supplier to the Russian gas company Gazprom.

After bitter defeats in the Ukraine war, most recently due to fighting in the strategically important Cherson region, Russian President Vladimir Putin is under domestic political pressure. The US think tank Institute for the Study of War (ISW) said at the end of October that Prigozhin and his mercenaries could pose a threat to Putin’s power. Several ISW status reports suggest that Prigozhin is rallying supporters to build a force beyond the direct control of Moscow’s defense ministry.

In late September, Prigozhin admitted that he founded the Wagner Group in 2014 to fight in Ukraine. He also acknowledged the mercenaries’ presence in Africa, the Middle East and Latin America. For years, the paramilitary group has been suspected of working in secret for the Kremlin at various conflict sites.

Moscow had always denied this and denied any connection with the mercenaries. The Wagner troupe made headlines because they increasingly recruited prisoners for the Ukraine war in Russian prison camps. Prigozhin is said to have personally campaigned for recruits in a camp.

According to the Ukrainian military intelligence service, Sarkisyan wants to base his new company on these methods and also recruit prisoners. According to the assessment of ISW Sarkisyan must be able to count on the support of high-ranking Kremlin officials, as private military companies are actually banned in Russia. Officials are also said to be helping Chechen leader Ramzan Kadyrov to expand his paramilitary structures within the Russian armed forces in order to limit Prigozhin’s influence on the ultra-nationalists.

Kadyrov himself gave on Telegram claims to have met with Putin on November 25 of this year. The establishment of a new Russian military and the participation of Chechen units in the Ukraine war were discussed, he claims. According to the ISW, Kadyrov had tried several times in the past to set up paramilitary structures among Russian troops. He, too, had repeatedly sharply criticized the Russian conduct of the war against Ukraine.

Potatoes can be part of a healthy diet

Drugs, sex and underworld, fatal cocktail for foreigners who come to Medellín