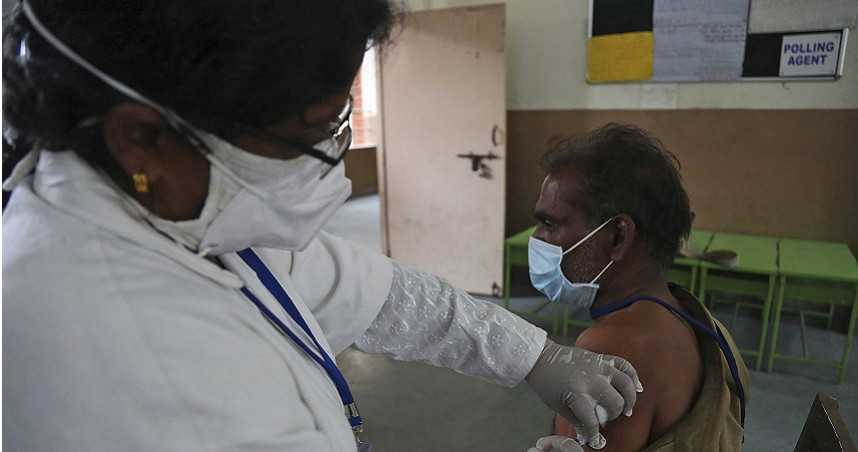 Indian doctors have discovered that the Indian variant virus strain can cause new symptoms that have not appeared in the past. (Photo/Dazhi/Associated Press)

The new crown pneumonia epidemic in India is out of control. On the 6th, the number of deaths due to the epidemic in a single day exceeded 3,000. A total of nearly 29 million were diagnosed and more than 340,000 died. The Indian variant virus (Delta variant) is the main cause of the out-of-control epidemic in India. It is currently the most infectious variant strain known in the world. At the same time, some doctors have found that it can also produce symptoms that are different from the general new coronavirus. , Including hearing loss, severe stomach upset, severe blood clots that cause tissue necrosis, etc.

According to a report by Bloomberg News, six doctors in India pointed out that it has been clinically discovered that patients infected with the Indian variant of the new coronavirus will experience stomach pain, nausea, vomiting, loss of appetite, hearing loss, joint pain and severe inflammation of the tonsils. Mumbai heart expert Ganesh Manudhane also pointed out that in the past two months, he has repeatedly found that patients have thrombotic symptoms. Some people have to be amputated to survive. “In the past, I only saw 3 Up to 4 cases, almost 1 patient will have thrombotic symptoms every week.”

The report pointed out that according to previous studies, the infectivity of the Indian variant virus strain is 50% higher than that of the British variant. However, it has only recently been discovered that some patients have thrombosis. Therefore, experts speculate that this may be a symptom caused by the variant virus, but more research is needed. In order to determine the relationship between.

According to Abdul Ghafur, an infectious disease doctor at Apollo Hospital in India, the symptoms caused by the variant virus in India are quite diverse. According to his observations, compared with the first wave of the previous epidemic, there have been more recent cases of diarrhea among patients. The situation has also increased significantly. In addition, there is a “black fungus” (black fungus) attack in India, and the situation is extremely critical.