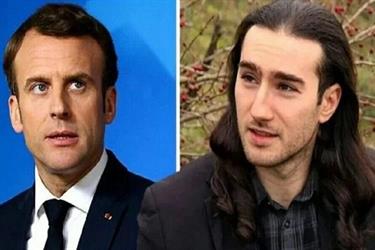 During the court session, French prosecutors demanded an 18-month prison sentence for the accused who slapped Macron during a visit to the southeast of the country two days ago.

The French judiciary had announced that the young man, “Damien T.” The 28-year-old, who slapped President Macron, will be tried according to the “immediate appearance” system that guarantees a speedy trial, especially in cases of flagrant delict.

He added that a companion of this accused was arrested with him on Tuesday, and his name was Arthur S. A subpoena will be issued against him at the end of the second half of 2022 on charges related to the illegal possession of weapons found in his home.