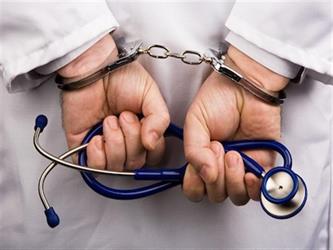 The Egyptian authorities arrested a person who impersonated a doctor and practiced medicine for 12 years. He opened several clinics in a number of villages in Fayoum Governorate, claiming that he specializes in internal medicine, liver and digestive diseases.

The fake doctor, who is 46 years old, was studying at the Faculty of Medicine until the third year, but he did not complete his studies and opened a clinic in Ezbet Abu Naoura in Fayoum, but he was exposed and left the place, and after 5 years he returned and opened a clinic in the village of Sanhour in the governorate and then opened another in the village of Vidimin.

The details indicate that the fake doctor became famous in the village of Vidimin during the Corona pandemic, as he was writing prescriptions against the virus for his patients, but doctors doubted him and confronted him to leave the clinic in that village and return to his clinic in Sanhour, in which he was arrested.

Investigations indicated that reports were received from the owners of analysis laboratories against this fake doctor, due to his wrong abbreviations that he used to write in the treatment prescriptions, which were not present in the first place as medical terms.

Investigations revealed that the person is not registered in the Doctors Syndicate, holds a high school diploma, and has not completed his studies at the Faculty of Medicine, to be raided inside the clinic and a report was drawn up on the incident to be presented to the Public Prosecution, and an order was issued to imprison him for 4 days pending investigations.