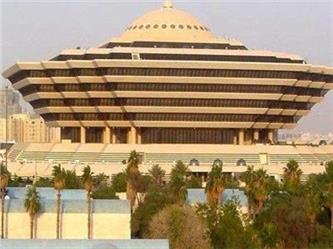 Today (Wednesday), the Ministry of Interior implemented a death sentence against an Egyptian criminal who killed a security man while performing the dawn prayer in a prayer room in Jeddah.

The ministry said that the called / Walid Sami Al-Zuhairi, committed a treacherous act, with a misguided terrorist motive, to kill the first soldier in the security patrols in Jeddah / Hadi bin Misfer Al-Qahtani, while he was performing the dawn prayer in a prayer place belonging to one of the gas stations in the governorate, where he had stopped while working to perform prayer there.

She explained that the perpetrator took advantage of the presence of the martyr Al-Qahtani alone inside the prayer hall, so he surprised him while he was sitting in the tashahhud by paying several stab wounds, which led to his death, and then fled, believing that he would survive his heinous act.

She indicated that the security authorities managed to arrest him and seize the crime instrument, and the investigation with him resulted in his confession of his crime, his adoption of the takfiri approach, and his affiliation with the terrorist organization (ISIS).

She added that he was accused of committing that crime, and of embracing a terrorist method in which blood, money, honor and breach of covenants are permitted, and by referring him to the competent criminal court, an instrument was issued against him to prove what was attributed to him.

The court ruled to kill the offender with the crime of harassing; Because what the defendant had done was a forbidden act and a form of corruption on the land, and the judgment was confirmed by the competent Court of Appeal and the Supreme Court, and a royal order was issued to enforce what was legally decided and supported by its reference against the aforementioned offender.

And the ministry indicated that the death sentence was carried out with the death penalty against the offender today in Jeddah Governorate, Makkah Al-Mukarramah region.