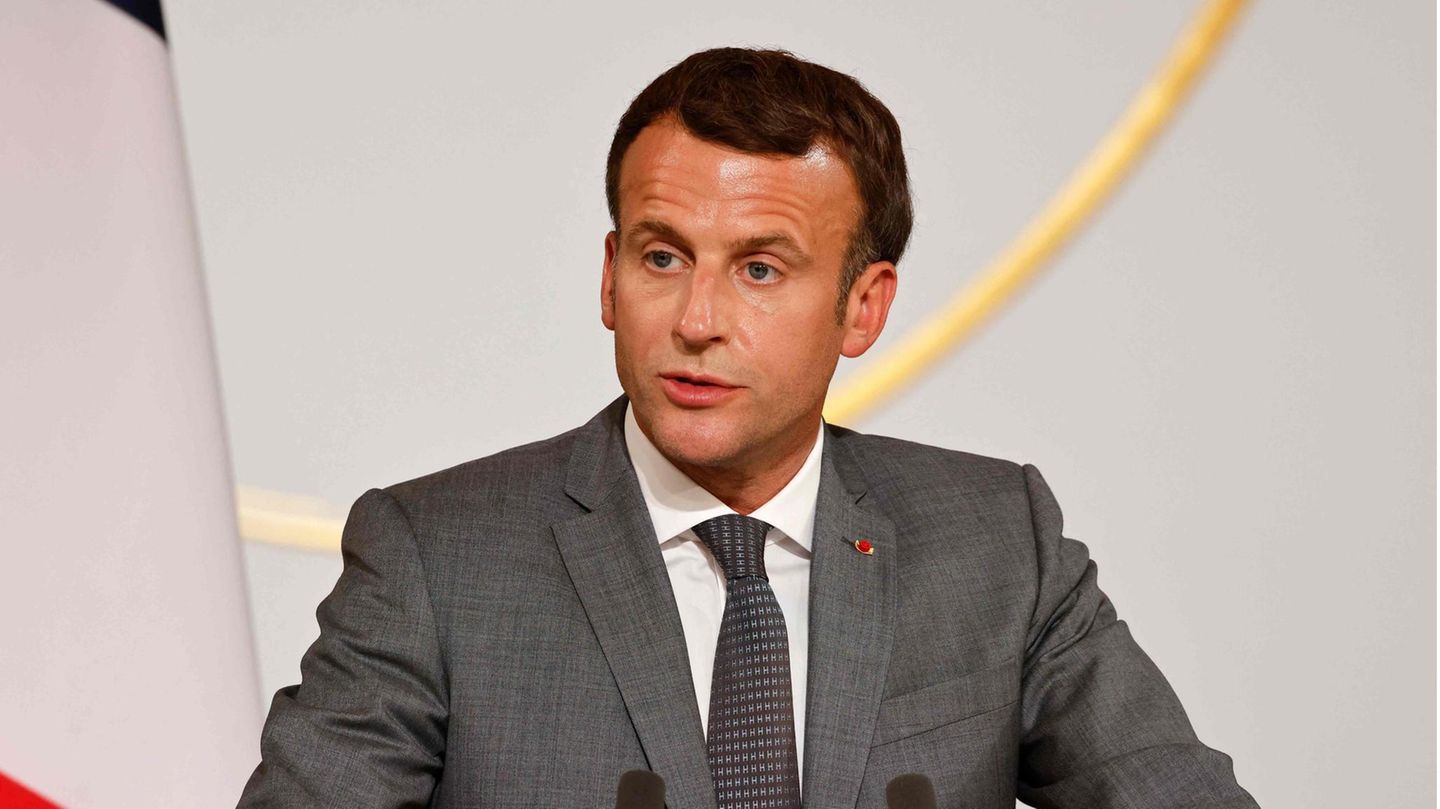 In view of the increasing number of corona infections in Israel, new restrictions have come into force in the country. These apply above all to festival halls and gatherings of more than 100 people in closed rooms. From now on, only those who have been vaccinated, recovered or people with negative test results are allowed to participate in such events. The mask requirement in closed rooms, which was temporarily lifted in June, is now back in force. The Israeli broadcaster Kan reported that hundreds of police officers should ensure that the new rules are observed. Violations threaten fines: Around 260 euros for citizens who take part in celebrations or gatherings of more than 100 people without permission. And up to 2600 euros for organizers who do not check vaccination records or test results properly.

Vacationers in Rostock-Warnemünde stopped an intercity train with an illegal shortcut across the railway tracks – and now they have to prepare for criminal investigations. As a spokesman for the federal police said, the express train from Dresden had to initiate an emergency braking on Tuesday evening in the Warnemünde shipyard to prevent a collision with people on the track. The train stopped in time. Travelers were not harmed, it was said. The track walkers initially escaped.

The radical Islamic Taliban say they want to forego offensive attacks in Afghanistan during the Islamic sacrifice festival Eid al-Adha, which will last until Friday. During the holidays, “we are in self-defense status,” said a Taliban spokesman for the AFP news agency. However, the Taliban did not announce a formal ceasefire, as it had existed in the past during high Islamic holidays.

The video app Tiktok has been blocked in Pakistan for the third time within a year. The telecommunications authority PTA in Islamabad announced on Twitter that the Chinese app was blocked because “inappropriate content” had not been removed. Pakistan blocked the app for the first time last year after public complaints about alleged vulgarity led to a judicial ban. The ban was later lifted after alleged diplomatic pressure from the Chinese government.

8.31 a.m.: Another journalist for the Hong Kong “Apple Daily” arrested

Another senior journalist from the now-defunct pro-democracy Apple Daily has been arrested for alleged violations of Hong Kong security law. Lam Man-chung, a former editor-in-chief, has been taken into custody by the National Security Police, according to Hong Kong media. Lam is the eighth executive officer of the newspaper arrested since last month. The “Apple Daily” published its last issue in June after 26 years because the pressure from the authorities had become too great.

According to a study, around 1.1 million children worldwide have lost at least one parent or one grandparent who cares for them as a result of the corona pandemic. This extrapolation applies to the period from March 2020 to April 2021, researchers around Seth Flaxman from Imperial College in London report in the journal “The Lancet”. If you add other older relatives living in the household, more than 1.5 million children would have lost a caregiver.

Shortly before the Tokyo Olympics opened, the organizers identified eight more corona cases. As the organizing committee announced in its daily report, there is also an athlete who does not live in the Olympic village. Overall, the number of positive tests determined since July 1 rose to 75.

The crisis games: Rising corona cases overshadow the start of the Olympics

The nationwide seven-day incidence of new corona infections has risen again. It is now 11.4, as the Robert Koch Institute (RKI) announced in the morning. A week earlier, the value was 7.1. According to the RKI, 2203 new corona infections and 19 deaths related to the virus were registered within 24 hours. A week ago, the number of new infections was 1548.

One of the oldest existing copies of the soccer rules was auctioned for the equivalent of just under 66,000 euros. The auction house Sotheby’s put the final price on its website at 56,700 pounds (65,900 euros). The handwritten note booklet was printed in 1859 after a series of Sheffield Football Club meetings, Sotheby’s said.

4.06 a.m.: Air pollution in New York from fires on the US west coast

Smoke from forest fires in the western United States and Canada has shrouded the east coast metropolis of New York in a gray haze. The environmental agency of the state of New York issued a health alarm due to increased particulate matter pollution.

A representative from the agency said it was not uncommon for smoke from fires in the west of the country to penetrate the region, but this time it was in a lower layer of air. The weather service predicted a cold front for Wednesday, which should put an end to the phenomenon. Huge forest fires are raging again in the western United States. In the state of Oregon alone, a fire has so far destroyed more than 137,000 hectares of forest. Countless fires are also blazing in other states along the US west coast and in Canada.

Always only single “weather phenomena”? Pictures of the current extremes in the world 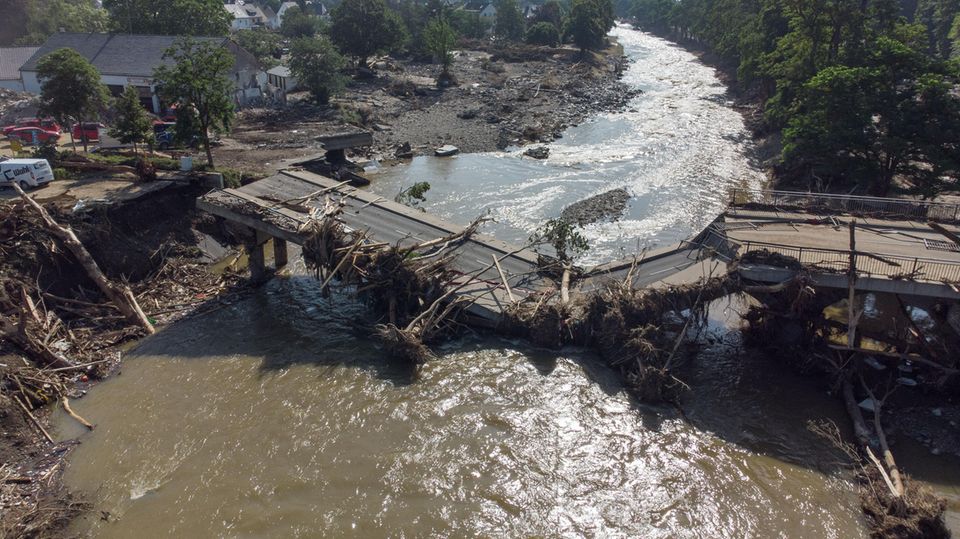 3.27 a.m.: Twelve people die in the flooded subway in China

Twelve people died in a flooded subway in China after heavy rains. Five other people were injured in the accident in the city of Zhengzhou in the center of the country, the city government announced on the Internet service Weibo. Recordings circulated on the Internet of passengers in a subway car standing up to their necks in water.

Other images showed people being rescued from the water masses on the flooded city streets under dramatic circumstances. The authorities have meanwhile warned of an impending dam break near the megacity of Luoyang. The dam could “break at any time”. The army sent troops.

The president of the teachers’ association, Heinz-Peter Meidinger, expects major restrictions in the coming school year as a result of the corona pandemic. Meidinger expressed the fear in the daily newspaper “Die Welt”that because of the particularly contagious Delta variant of the virus, hundreds of thousands of schoolchildren have to be quarantined. “Nobody can rule out the possibility that we will get an enormous fourth wave because of the delta variant and the lack of vaccination quota, in which alternate lessons will be necessary again.”

Meidinger called on politicians to be honest. “Anyone who promises now that there will definitely be full face-to-face teaching next year is walking on thin ice,” said the association president. “Face-to-face teaching at any price means accepting the contamination of schools. Politicians should say it that honestly.”

0.46 a.m.: Man in Florida falls from his bike and is attacked by an alligator

A man was attacked by an alligator in Florida after falling from a bicycle. The cyclist was in the Halpatiokee Regional Park in Stuart and lost control of his bike, the police said on Facebook. He fell into a body of water and was attacked by the alligator. The animal seriously injured him, but the man managed to break free. Eventually he was rescued by passers-by and taken to the hospital by helicopter.

Two weeks after the assassination of the Haitian President Jovenel Moïse, the new Prime Minister Ariel Henry took office. At his inauguration, the 71-year-old former neurosurgeon promised to do everything in his power to restore security and order. These are a prerequisite for free and fair elections.

The Vice President of the Technical Relief Organization (THW), Sabine Lackner, sees little chance of finding survivors just under a week after the floods in western Germany. “We are currently still looking for missing people, for example when clearing the paths or pumping out the cellars”, she said to the editorial network Germany. “At this point, however, it is unfortunately very likely that victims can only be rescued, not saved.”

The number of flood deaths had risen to at least 170 within a week by Tuesday. 122 deaths from severe weather were confirmed from Rhineland-Palatinate and 48 from North Rhine-Westphalia. People were still missing on Tuesday – 155 in the particularly affected district of Ahrweiler in the north of Rhineland-Palatinate.