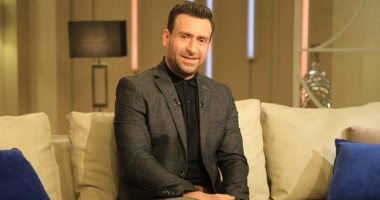 Hind Muhammad Ali, the wife of the artist Nidal Al-Shafei, revealed the latest developments in his health after his discharge from the hospital, during the past hours, saying in exclusive statements to “The Seventh Day”: “Nidal Al-Shafei was discharged from the hospital yesterday, based on the decision of the doctors who confirmed the stability of his condition. He must continue to receive treatment and follow-up during the current period.

The artist’s wife, Nidal Al-Shafei, added during her statements in response to a question about whether the doctors told him that he could perform other operations in the future, such as his first discharge from the hospital and her return after that, saying: “The doctors did not tell us that there are other operations in the future, and God willing, he will not need that, And in the coming days, we will see the latest developments in his condition, after it has largely stabilized, and accordingly the decision was made to leave.”


Nidal Al-Shafei in a previous photo inside the hospital

And the artist’s wife, Nidal Al-Shafei, confirmed earlier that she had heard many false news that were circulated about her husband, noting that her husband was filming a movie and some problems occurred that he was not satisfied with, and he was greatly pressured, and because he was unable to Excited, he moved and as he was out of the studio there was a partial burst of his colon.

She added, during an interview with the media, Basma Wahba, on the “90 Minutes” program, which is broadcast on the “Al-Mehwar” channel: “Nidal was suffering from something called colon pockets, and they can live in a person, and one of these pockets exploded that caused a hole and an explosion in the colon, we continued. For four days, we did not know what was happening, until we went to one of the doctors and he referred us to another doctor, who saved Nidal’s life.

Hind said: “Nidal had blood poisoning, and an operation was performed on him at 2 am, because if he waited another hour, God forbid, he would have died, and inflammation occurred in all body systems, and now he has passed the difficult stage as the most important step and the colon must be healed.” After that operation until the second operation is performed on him.”

And she continued, “I thank all the artists, everyone asked about him and was assured of his condition, and the first phone I received was from the artist Amir Karara, Sherif Mounir and Ahmed El-Sakka. She is the first to move from the union, and she was with me step by step.”