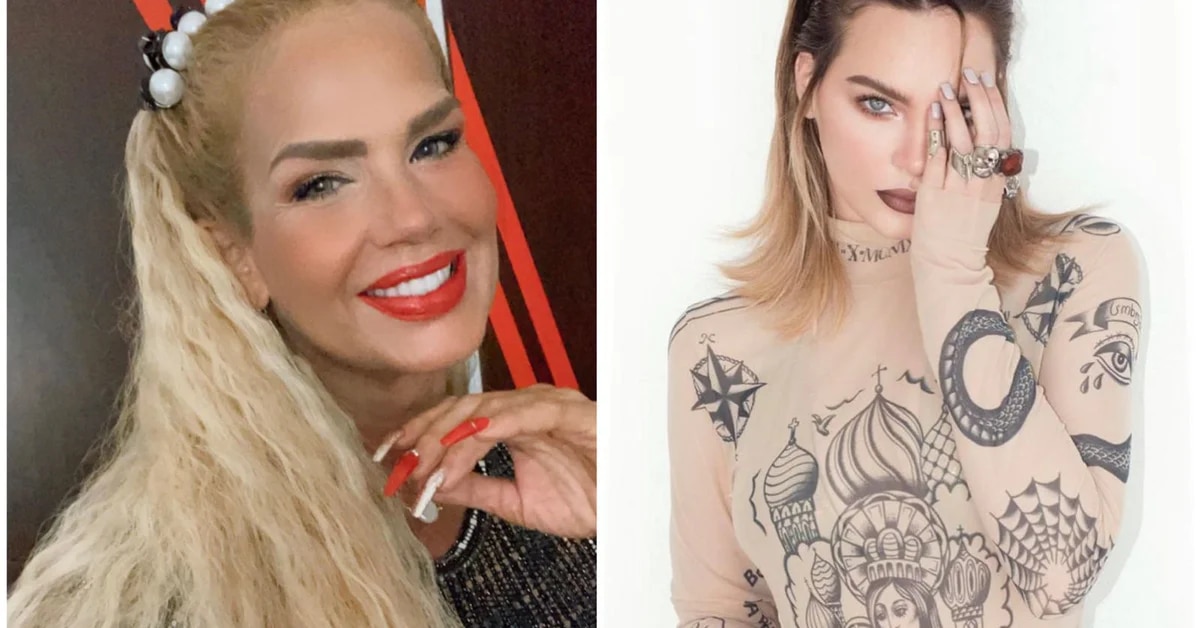 The vedette gave her opinion on “Nodeli” (Photos: Instagram/@niurka.oficial/@belindapop)

The queen of the Mexican scandal finally gave statements about the most mediatic love break in recent years entitled “Nodeli”. Niurka Marcos he advised Belinda not return the controversial engagement ring to Christian Nodalsince for her the contribution that the singer gave him, including any physical contact, is a price that must be paid with the jewel of more than 3 million dollars.

The actress was intercepted by a group of reporters at the international airport in Mexico City, and they did not hesitate to ask her opinion about the former relationship, since despite the fact that various personalities from the world of entertainment, television presenters and even journalists have already given their opinion on what the pop singer should or should not do, Marcos had kept a low profile, until now.

“But don’t give it back, because he can’t give you back the fucks, the enjoyed ones, the presumed ones and the groped. What does it matter now, that he sell it, because it was already a gift ‘sissy, ladybug, what is given is not taken away’ and it sucks. I said it, how nice that gift of 3 million dollars because after a while with that mamad * she is going to buy her house, ”said Niurka Marcos.

Belinda has been away from social networks (Photo: Twitter/@belinda_idolos)

The vedette did not hesitate to resume one of the most viral debates on social networks in which detractors of the interpreter of hits such as In love you must forgive, In Darkness O I Love You… I Love You They argue that he is an interested person. For this reason, Emilio Osorio’s mother told her not to be afraid of criticism and if she is going to be something that she is always the queen in that category, even when it is something negative in her career and sentimental life. .

“keep being interested, that they pay no attention to anyone on social networks, that all those people who are saying that they are interested, that they put a ring of 3 million dollars in front of them to see if they are going to return it. Interested? Yes, interested creature that already grabbed your ‘bun’. Mama Niu is the vulgar one, but she is the master of the vulgar ones, you will be the master of the interested”, added the actress of melodramas like Never forget you, Three women O Salome.

The singer has already removed one of the Christian Nodal tattoos Photograph: Courtesy

Niurka Marcos took advantage of the questions to send a message to Christian Nodal and his controversial tattoos in honor of Belinda. The also singer assured that any guilty conscience that the actress of children’s soap operas would have had for knowing that he had put his eyes on her, her name or even the title of one of her albums-Utopia– He had already expired and for that reason it was “naive to think” that he would be by his side for life.

“What did you think, that by tattooing you that way she was going to feel such a great commitment, so great, but so great that she was never going to be able to leave you out of conscience? The charge of conscience is extinguished, there is no longer, nobody has. There is a lot of materialism the only thing you did with that is show and teach the audience what not to do, so stupid”, pointed out the star.

For her, adding “elements that distract art” is something that an artist should not do, especially when the physical image is an essential key to being able to develop her talent before the different audiences that can be conquered. For this reason, Marcos reminded her followers not to do the same in a romantic relationship, just as she also did in her past by tattooing the name of an ex-partner.

“You are a Nodal artist, you are a star. You have heard the saying that is very funny and popular that says ‘not in the face, not in the face’, have you never heard it? How are you going to overshadow your face, your art, distract your singing, your music, your legend, your songs, your life story with the name of someone else who is distracting, ”she concluded the self-appointed Mexican scandal queen.

Belinda could be on the same label as Christian Nodal: unfreeze her music videos on YouTube
What Sebastián Yatra said about the expensive ring that Christian Nodal gave Belinda
The unpublished adolescent photo of Anahí and Belinda

These are the recommendations to maintain cholesterol levels