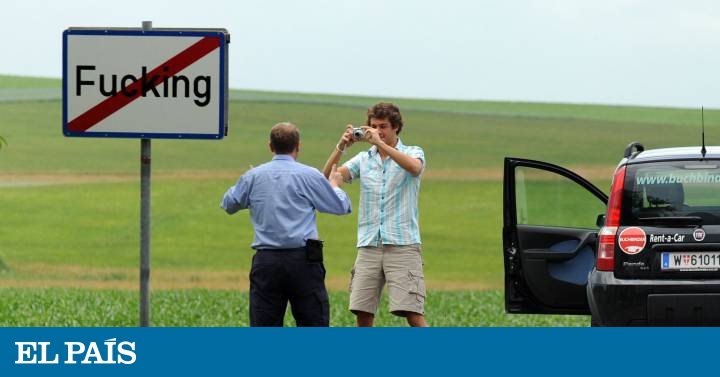 From Fucking to Fugging. An Austrian town whose name has been mocked by English speakers for years (fucking means “to fuck” in English, and is also used as a very derogatory adjective) has said enough and will change its name to another. This will end years of theft of road signs that showed one of the most foul words in English. Its inhabitants will no longer be called fuckingers, a non-existent word in the English language, but also hilarious.

With 2020 will end the toponym, which some experts date to the 11th century, of a small town of 106 inhabitants about 350 kilometers west of Vienna. Starting January 1, the place will be called Fugging, a similar phonetic name. Although that word does not mean anything in English, the closest, fleeingThey don’t have a nice connotation either. It means “stale air” or “charged atmosphere”.

In the era of the selfie, many tourists found it fun to make a stop in the town to take a picture next to the signs (including one in which the word appears crossed out to indicate on the road that the town was left) in which it read in large black letters the name of the expletive, which many speakers consider taboo (it is often seen referred to with the euphemism “the f word“or” the word that begins with efe “). But some visitors took the joke further and did not hesitate to tear off the posts and take them with them. pick up The Guardian, the local authorities had to use a thief-proof cement to reduce so much waste in replacing the indicative from time to time.

The small town belongs to the municipality of Tarsdorf, where the decision was made on Thursday to end years of disgrace. The mayor wants the revelry to end at the expense of the people. “I do not want to say anything else, we have had enough media hysteria with this issue in the past,” he said. Andrea Holzner to a regional newspaper, in which some readers have been opposed to the measure: “Do people no longer have a sense of humor?” one wonders. “They had free publicity and should be glad they had a fun name,” says another.

Intervention of Roseanne Bar in 2009, IN the Graham Norton program in which they joke with the tourist office of Fucking (Austria).

The etymological origin of the town is disputed, although the name has been documented since 1070, points out the Austrian newspaper. It could derive from a character of that time who lived in the area, Adalpert von Vuckingen (the V is usually pronounced as the efe in German), but also from a very earlier Bavarian nobleman, from the 6th century, who is said to have founded the settlement : Focko. The place name was written without the c until it is known what date, but it was still called ‘Fuking’ at the beginning of the 19th century.

As the British newspaper points out, it is not the only funny name in the area for English speakers. In Bavaria there is another town called Petting, something like “groping” or “groping”.