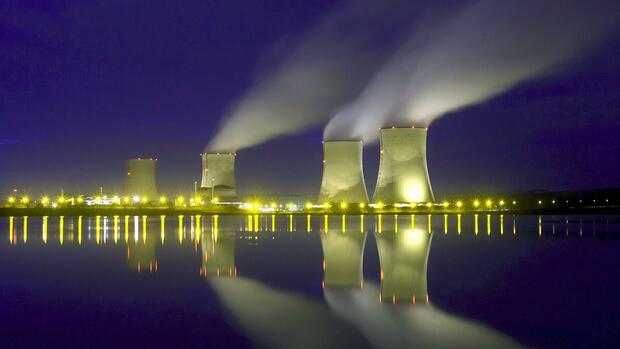 Berlin, Brussels, Paris Union Chancellor candidate Armin Laschet formulated a remarkable thought in the second television debate on the federal election, which he was apparently unsure of himself. Germany made a serious mistake in the fight against climate change, it was wrong to “first get out of nuclear energy and then from coal,” said Laschet – only to quickly add: “That is history now.”

No political force, as this scene showed, dares to seriously question the exit from nuclear energy. Despite all the urge on the part of the candidates to distance themselves from one another, nuclear power remains a political taboo.

In other EU countries there is no sympathy for the fervor with which the Germans reject nuclear power. France in particular thinks Germany is on the wrong track. It is no coincidence that the French EU Industry Commissioner Thierry Breton is the spokesman for a return to nuclear power in Brussels.

“We should use this transition energy to facilitate the development of a clean hydrogen industry in Europe,” he urges. Breton advocates not only using “green” hydrogen obtained from renewable energies such as wind and electricity, but also using “yellow” hydrogen – in other words, hydrogen produced from nuclear power.

Regardless of the German election result, one thing is clear: the future federal government is facing a serious conflict over nuclear energy in Brussels. Even if the last German kiln goes offline in the coming year – the hot topic of nuclear power will remain in politics.

The Commission has been wrestling for months over whether yellow hydrogen should meet the criteria of the EU, the so-called taxonomy. Little can be expected from the EU Parliament, which otherwise often provides the impetus in European debates. It excluded the question “because there are no clear political majorities”, as CDU politician Hildegard Bentele explains. The energy mix remains a “national matter”.

But that also means that the Commission will have to take into account that the German nuclear phase-out has hardly found any imitators in the EU. There are currently many indications that the Brussels officials will award the climate seal at the end of nuclear power, although they are currently still keeping quiet, out of consideration for the federal election campaign.

Berlin is alarmed. Nuclear energy is a “high-risk technology” and should therefore not be equated with wind and solar power, said Environment Minister Svenja Schulze recently in a letter to the Commission. Her counterparts from Luxembourg, Denmark, Spain and Austria joined her. So Germany is not completely alone.

But questions remain. German experts also point out that the path to climate-neutral industry can hardly be achieved with green hydrogen alone. Green hydrogen is currently only available in homeopathic doses; it will be scarce and expensive for years to come. According to IG Metall estimates, the German steel industry alone is likely to need 12,000 additional wind turbines of the five-megawatt class to cover its electricity needs for the production of green hydrogen.

The national hydrogen strategy therefore also relies on entering into partnerships for the production of green hydrogen with foreign countries. But it will be years before reliable supply relationships develop from this.

From a French perspective, the German debate is bizarre. The neighboring country gets more than 70 percent of its electricity from nuclear energy, the state energy company EDF operates 58 reactors at 18 locations. So much is at stake for Paris. If nuclear power is declared an undesirable form of energy in the green investment rules of the EU taxonomy, this could also have significant effects on the financing of French nuclear facilities.

President Emmanuel Macron has therefore also sent a letter to the Commission, along with six other European heads of state and government. He calls for “fair rules” for nuclear power. A few days ago, his finance minister Bruno Le Maire became even clearer: “Either we are fighting climate change with an ideological approach and we fail, or we are fighting climate change with a scientific approach and will be successful.”

Germany is ill-prepared for this debate. Even experts like Rainer Baake, director of the Climate Neutrality Foundation, doubt that green hydrogen alone is the solution. Baake is a member of the Greens and is considered a thought leader of his party in energy and climate policy.

The key question is whether we can only produce the really large amounts of hydrogen that we need to reduce greenhouse gases by 65 percent by 2030 in a green way, “Baake told Handelsblatt. “If so, that’s good. But if the alternative is to temporarily allow blue hydrogen or to miss the climate target, I would have a clear priority. “

Blue hydrogen is made from natural gas, and the CO2 released is stored underground. Countries such as Norway or the Netherlands are driving the technology forward and are in concrete negotiations with German customers from the industry. But many climate protectors reject blue hydrogen, even for a transitional period.

So think about yellow ones after all? Baake is skeptical: “The country needs the existing nuclear power plants in France for its current electricity needs. Everything that is now being added in terms of new applications, for example for electromobility or the electrification of industry, requires additional capacities. Nuclear energy is simply too expensive. “

The French see it differently. In its hydrogen strategy, the government in Paris emphasizes that the country is in a good position to produce the gas in a climate-friendly way because of its “low-CO2 electricity mix”. Although France wants to reduce the proportion of nuclear power in its energy mix to 50 percent in the future, the target date has been postponed from 2025 to 2035.

At the same time, France is striving for close cooperation with the Federal Republic of Germany in order to make hydrogen affordable, especially in energy-intensive industries. Only: the crucial political point remains controversial between Berlin and Paris. The question of whether yellow hydrogen is green enough.

With a rigorous stance, Germany would also face very practical problems. The Federal Ministry of Economics is convinced that the use of yellow hydrogen cannot simply be banned. “A targeted legal prevention of certain imports from legal production in the home member state would not be compatible with the applicable internal market rules,” says a spokeswoman.

However, state certification systems would be set up with which the origin of the hydrogen could be proven. So will Germany get its own climate seal if the EU should classify nuclear energy as a green technology? Or will Berlin put pressure on the Commission so that the climate classification still corresponds to German expectations?

In Macron’s environment, there are already concerns that the next federal government could take an even more confrontational course in nuclear power. Especially when the Greens are strongly represented.