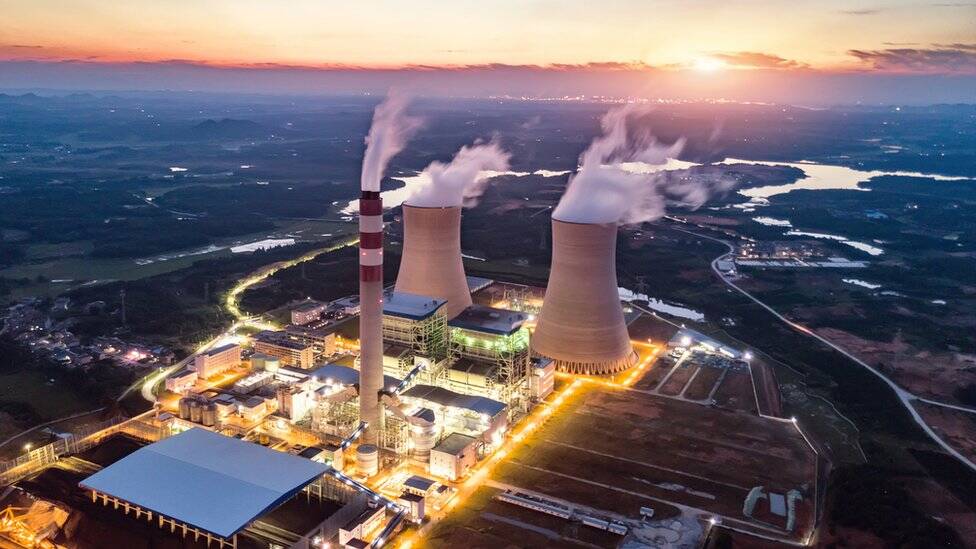 What China is about to try is small, but it has enormous importance for the energy future of that country and the world.

Near the city of Wuwéi (Gansu province, north-central), a nuclear reactor of about three meters high and with the capacity to generate two megawatts will be put into operation, which is enough to power about 1,000 homes.

Generating so little power doesn’t seem like a good deal for China’s hundreds of millions of dollars of investment in this energy program.

But it is the kind of nuclear reaction and processing that will be put to the test that has scientists around the world waiting to see their results on the edge of their chairs.

“Today’s question is: Are supporting technologies ready to make the Molten Salt Reactor (RSF) the next generation technology?” Says nuclear engineer Charles Forsberg of the Massachusetts Institute of Technology (MIT) in the US. .UU.

“The Chinese test is important because it is the first step to rethink the path of nuclear energy: if things have changed and now there is another direction,” he explains to BBC Mundo.

One of the best sources to produce electricity – despite its image affected by accidents such as Chernobyl or Fukushima – has been nuclear energy since its invention.

It generates more electricity than others, emits almost no carbon dioxide, guarantees a continuous supply, uses relatively accessible fuels, and its waste is much more controllable than from other sources.

Most of the world’s nuclear power plants use uranium as fuel.

But what they are testing in China is a method that, while not new, has never been tested on such a large scale.

They are using molten salt of fluoride in combination with thorium, which is a chemical element found in minerals and is “four times” more abundant on the planet than uranium, says Forsberg.

In a reactor, both elements combine to produce a physical reaction (fission) that generates more heat than the emanated from uranium-235/238 combined with plutonium from the traditional method.

Another advantage, according to the theory, is that radioactive waste can be disposed of in the same process, preventing it from falling into the wrong hands, such as nuclear weapons manufacturers.

And since this type of process does not require water, as in nuclear plants that use uranium-235, the RFS can be built in remote places and thus avoid any possible risk to the population, such as those seen in Chernobyl or Fukushima.

All of this has led to this being described as the “holy grail” of energy sources.

But experts say all of this has yet to be proven in the Chinese test, which is why it is so important.

“With the critical need to reduce carbon emissions and the growing world demand for electricity, it is urgent to commercialize advanced reactor technologies,” says nuclear engineer Everett Redmond, from the US Institute of Nuclear Energy, to BBC Mundo.

For Forsberg, “the thorium / uranium-233 molten salt reactor is the path not taken” in the electrical industry that uses a nuclear source.

“There are great potential advantages in terms of safety and waste management, but important technical challenges,” says the MIT scientist.

China revealed last August that it is about to carry out the first tests on its experimental reactor built in the Gobi desert, in Gansu province.

The Asian giant has invested some 3 billion yuan (US $ 500 million) in a program started in 2011 to investigate the use of molten salt and thorium / uranium-233.

The reactor built and operated by the Shanghai Institute of Applied Physics (IFAS) is the first to attempt it for commercial use: supplying electricity.

Other countries had already experimented with this process decades ago, but were left only in trials because the necessary technology to handle it did not exist.

Not only do they require nuclear fission to work well, but the process of obtaining the heat and transporting it to a thermodynamic plant to work properly. And that the failure tests were controllable.

“Many of the RFS challenges have disappeared due to advances in other fields over 50 years,” such as the pumping technology required for this type of reactor, which is already used in solar plants, explains Forsberg.

What IFAS operators hope is for everything to go as planned to bring the technology to a larger scale.

Why is it futuristic?

The energy generated by the Wuwéi experimental reactor will have a minimum capacity of 2 megawatts to supply a thousand houses.

The plan is that by 2030 a reactor will be built that generates around 370 megawatts, a capacity that would provide electricity to more than 185,000 homes.

By generating a higher temperature, close to 700 ° C, an RSF becomes more valuable to the electrical industry.

“Heat at a higher temperature results in more efficient power cycles: a larger fraction of heat is converted into more electricity,” explains the MIT scientist.

And since in theory its construction has a similar cost to other existing nuclear power plants, the benefit increases.

China would then ensure that it had the most advanced, safest and cleanest technology for power generation in the world.

Not exclusive, as Redmond explains that in the US some firms are also looking to create molten salt reactors. But it is proven.

“All advanced reactor designs have great potential, which is why we support and encourage accelerated development, demonstration and commercial deployment of advanced reactor technologies,” says Redmond.

Even so, scientists who are watching what happens in China still have their questions, will it work?

But the mere fact that an idea conceived decades ago is about to be put to the test keeps them with their eyes on the small reactor in Wuwéi.

Remember that you can receive notifications from BBC Mundo. Download our app and activate them so you don’t miss our best content.