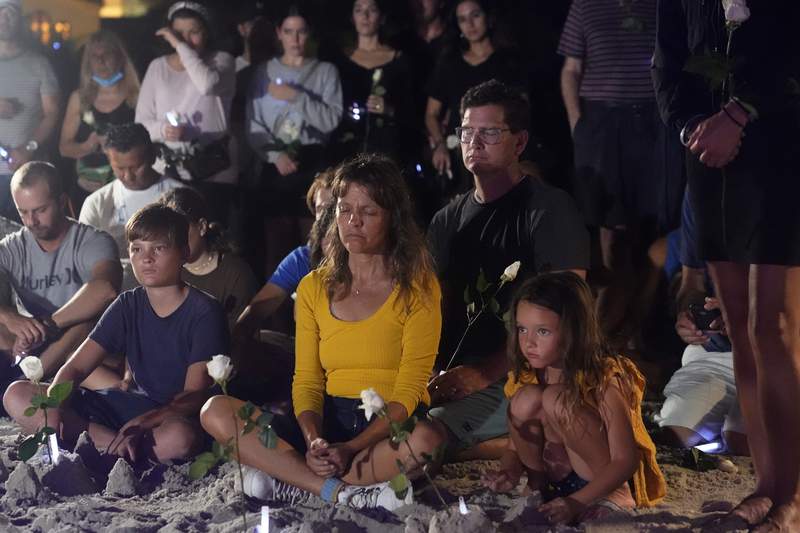 Elected officials promised on Tuesday to conduct multiple investigations into an apartment building collapse in Florida, and to assemble an investigative jury to carefully analyze “every possible angle” to prevent another property from suffering the same catastrophic failure.

Miami-Dade County Mayor Daniella Levine Cava said she and her staff will meet with experts in engineering, construction and geology, among others, to review the building’s safety issues and develop recommendations “to ensure that a tragedy like this will never happen again ”.

State Attorney Katherine Fernandez Rundle said she will conduct a jury inquiry to examine the factors and decisions that led to Thursday’s collapse of the 12-story Champlain Towers South in Surfside. Twelve people have been confirmed dead in the collapse, but the whereabouts of another 149 are unknown.

Even as officials look to the future to determine the cause of the collapse, they are determined to continue their efforts to find survivors.

On the sixth day of a meticulous search, Governor Ron DeSantis mentioned a well-known military commitment not to abandon anyone on the battlefield, vowing to do the same for those still missing in the rubble.

“The way I see it, as a former Navy man, is that when someone goes missing in action, in the army you are missing until you are found. We are not stopping the search, ”DeSantis said at a press conference.

“I think that’s what happens. Rescuers break their backs trying to find as many as they can. I think they will continue to do that. They have been very self-sacrificing. They have risked to do it ”.

Surfside Mayor Charles Burkett cited the case of a woman who was found alive 17 days after a garment factory collapsed in Dhaka, Bangladesh in 2013, killing more than a thousand people.

“No one here gives up hope… We are committed to getting everyone out of that pile of rubble,” Burkett said.

Martin Langesfeld, whose 26-year-old sister Nicole Langesfeld disappeared in the landslide, also expressed hope that there are still survivors.

“We are not alone in this. There is hope. I really believe that miracles happen. Things like this have happened all over the world, ”he said during a vigil Monday night on the beach near where the building fell.

The collapse has generated scrutiny over the safety of other apartment towers throughout South Florida. Cava ordered a 30-day audit to determine if properties built 40 or more years ago meet the required recertification of their structural integrity, and that any issues raised after the inspections are being addressed. He also urged municipalities in the county to do the same.

On Tuesday, the mayor indicated that property inspections have found that four balconies on a building in Miami-Dade County “should be closed immediately for safety reasons.”

Previous investigative juries in South Florida have examined other large-scale disasters, such as the 2018 collapse of a pedestrian bridge at Florida International University, which killed six people. That investigation is still open.

Copyright 2021 The Associated Press. All rights reserved. This material may not be published, broadcast, rewritten or redistributed without permission.