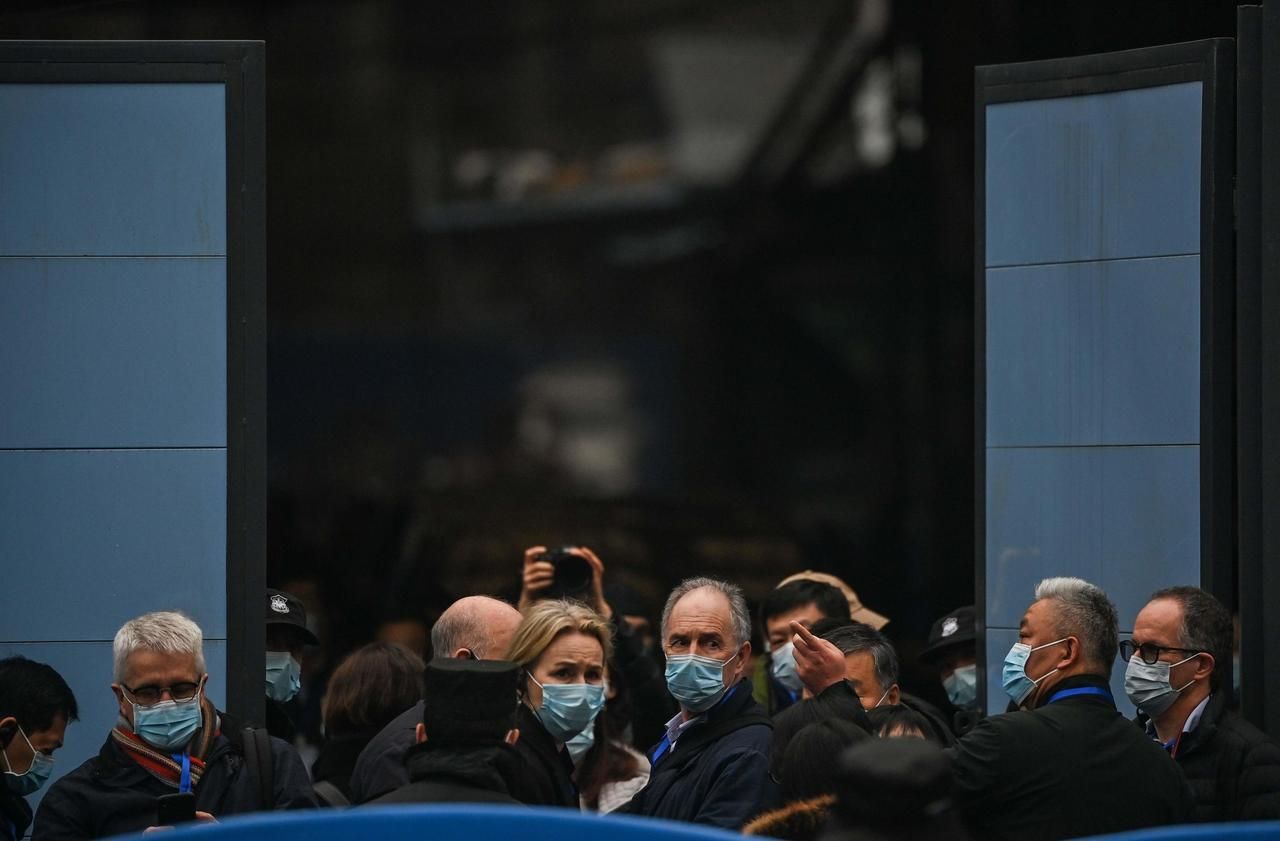 “Go back in time by following the evidence. This is how the German epidemiologist Fabian Leendertz summarized the work he will have to accomplish with his WHO colleagues from Wuhan to try to unravel the mysteries about the origin of SARS-CoV-2. But what will this evidence look like? Will the team of researchers really have access to it, when China has strongly slowed down any attempt to investigate the beginnings of the Covid-19 pandemic?

If the communication from Beijing is locked on the subject, a first step was nevertheless taken this Sunday. Experts from the World Health Organization, who arrived in China in mid-January and then placed in a fortnight in a hotel, visited a wholesale market before reaching the now famous Huanan seafood market in Wuhan, the first known focus of the epidemic.

“Very important” visits, highlighted on Twitter Peter Daszak, zoologist and member of the mission. In July, two WHO experts were allowed to travel to China to prepare for the investigation, but did not access Wuhan.

Under escort and remotely from journalists

The arrival of these international scientists is ultra-sensitive politically for Beijing, accused of having delayed reacting to the first cases of Covid reported at the end of 2019. It is therefore under good escort and at a distance from the press that the researchers arrived on both markets this Sunday.

They did not answer any questions from the reporters, who were told by the security services to leave. Only one of the experts nodded approval with his thumb, when a reporter asked him, from afar and shouting, if they were happy with their visit.

The Huanan market, where live wild animals were sold in particular, has been cleaned up and has been closed since January 2020. “It’s like carrying out a police investigation a year after the fact, with a dirty crime scene and gagged witnesses”, judge Serge Morand, evolutionary biologist at the CNRS, cited by the cross.

The visit of this place remains nevertheless “crucial to allow our joint teams to understand the epidemiology of the Covid, how it began to spread at the end of 2019”, estimates for his part Peter Daszak, who spent an hour on square. “It is very informative for us to see the market layout and to speak with the staff”, he explains.

Uncensored conversations, according to an expert

Rather optimistic today, the scientist initially had “real doubts about the scope” of the WHO investigation, given the political context. At the beginning of January, China was able to show its apprehension at seeing these experts set foot on its soil: their arrival had been postponed by two weeks because of authorizations that Beijing had not transmitted in time, not allowing them to obtain of visas.

But during his fortnight in Wuhan, the zoologist spent intense days chatting about Zoom for hours with Chinese experts. And his concerns eased. “We tackled all the questions we wanted, we met the right people,” he told the British daily. Telegraph Saturday.

The same day, the WHO team was taken to Wuhan Jinyintan Hospital, the first to receive patients with what was then a mysterious virus. “First visit is extremely important,” Daszak wrote on Twitter, indicating that experts had “had an open discussion” with medical staff on “the details of their work.”

Extremely important 1st site visit. We are in the hospital that treated some of the first known cases of COVID-19, meeting with the actual clinicians & staff who did this work, having open discussion about the details of their work. https://t.co/yDEPedtC11

Conversations with Chinese scientists and doctors have not been censored or “monitored,” he later told the Telegraph. And to add: “We remain completely open-minded on all possible assumptions. But I think that, if we continue as we have done today, we will be able, at the end of this mission, to refine the hypotheses that have the most weight. “

What room for maneuver?

Another advance: the WHO has confirmed that the dozen investigators will go to the Wuhan Institute of Virology, which is equipped with a laboratory specializing in the study of coronaviruses. This establishment is the subject of hypotheses, taken up in particular by former US President Donald Trump, according to which the virus could have escaped before contaminating the planet. A theory that is not based, for the moment, on anything tangible.

But what is the real leeway for the delegation in this mission? The WHO study will also be based “on existing information and will increase, rather than duplicate, current or existing efforts”, explained the institution.

What is this “existing information” worth? According to a survey by Associated Press, the Chinese government is monitoring all research into the origins of the coronavirus and requires that any study be approved by a working group under the direct authority of President Xi Jinping before being published.

Despite these visits authorized by Beijing, Dr Daszak warned that it was “highly unlikely” that the WHO team “would discover the exact origins” of Covid-19. The World Health Organization also tried on Friday to temper expectations around this mission. “Success in an investigation of animal-to-human transmission is not necessarily measured by absolutely finding a source during the first mission,” warned Michael Ryan, director of emergency operations at WHO.

“The results will lay the groundwork for longer-term studies on the intermediate animal host (s), the origin of the virus and how it appeared in the human population,” the WHO explained to us in mid-January. , arguing that “this first research could lead to similar work in other countries.”

Beijing, for its part, remains almost silent and minimizes the scope of the mission of foreign specialists: “This is not an investigation”, said Friday a spokesman for the Chinese Ministry of Foreign Affairs, Zhao Lijian , refusing to have his country singled out. Since February 2020, the communist regime has defended the idea that the virus does not come from Wuhan or China.