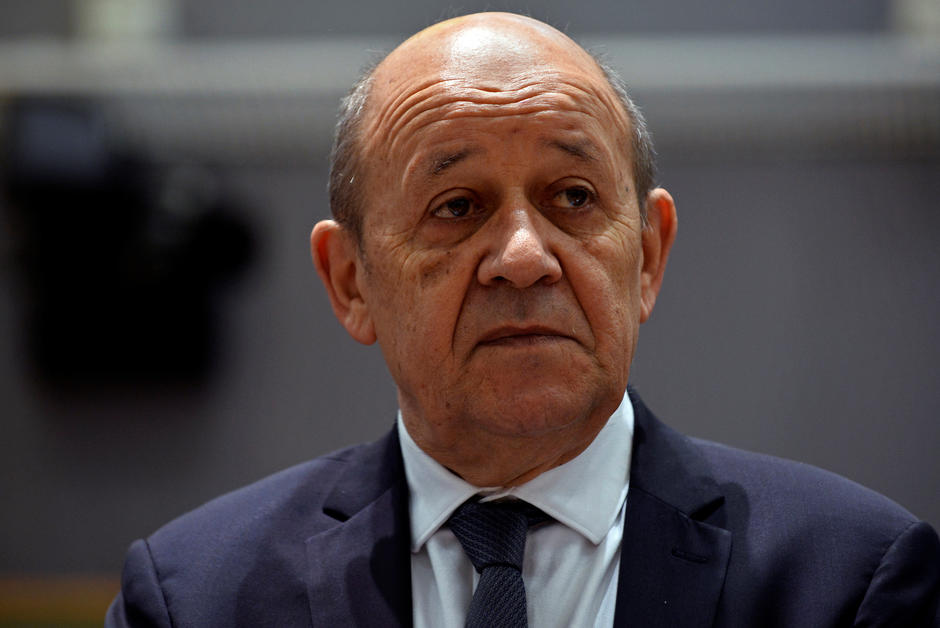 Evoking the “Serious crisis” caused by the torpedoing of a mega-contract of French submarines in Canberra, the head of French diplomacy, Jean-Yves Le Drian, denounced on Saturday a “Lie (…), duplicity (…), a major breach of trust” and one “contempt” from the allies of France.

The head of French diplomacy, Jean-Yves Le Drian, accused, Saturday, September 18, Australia and the United States of lying about the new security pact “Aukus”, which had incited, the day before, Paris to recall its ambassadors in Canberra and Washington, bring it back BBC. In an interview given to the television news of the France 2 channel, Mr. Le Drian also found them guilty of “Duplicity, major breach of trust and contempt”.

The agreement, which also includes the United Kingdom, will allow Australia to obtain the technology necessary to build nuclear-powered submarines, the statement said. BBC. This decision torpedoed a 90 billion Australian dollars (56 billion euros) contract that France signed with Australia in 2016. “France was only informed a few hours before the public announcement was made earlier this week”, explains the British channel.

The contract between Paris and Canberra “Concerned much more than submarines”, points out for its part the American press agency Associated Press (AP). “It was the foundation of the French vision in the Indo-Pacific, a critical region where France is present and where China seeks to strengthen its influence.”

Mr. Le Drian said that a “Serious crisis” was underway between the allies. “The fact that, for the first time in the history of relations between the United States and France, we recall our ambassador for consultations is a serious political act, which shows the extent of the crisis that exists today. between our countries. ”

“Diplomatic courtesy has gone by the wayside as the French authorities seek to make their anger known”, comment AP.

The Minister of Foreign Affairs added that the ambassadors were recalled for “Reassess the situation”. “But he said France saw ‘no need’ to recall its ambassador to the UK, while accusing the country of ‘permanent opportunism’”, pick it up BBC. “Great Britain in this case is all the same a bit like the fifth wheel of the coach”, he said.

Mr. Le Drian also judged that the crisis would weigh on the definition of NATO’s new strategic concept, without however evoking any exit from the Atlantic alliance. “NATO has initiated a reflection, at the request of the President of the Republic, on its fundamentals. At the next NATO summit in Madrid, there will be the culmination of the new strategic concept. Obviously, what just happened will have to do with this definition ”, he estimated.

Saturday, the new British Foreign Minister “Got involved in this important diplomatic quarrel”, writing The Telegraph. Liz Truss, of which it was the “First intervention” in this newspaper, defended in the newspaper columns the trilateral agreement, stating that it showed that the United Kingdom was ready to “firmness” in the defense of its interests.

According to the British daily, Dominic Raab, the predecessor of Mrs Truss, “Reportedly helped negotiate the deal despite warnings it could damage relations with China and France”. “The details were negotiated at the summit of G7 June in Carbis Bay (UK), unbeknownst to the French President ”Emmanuel Macron, add The Telegraph, which states that“In Whitehall, documents relating to the deal were marked ‘top secret'”.

Earlier, the French Ambassador to Australia “Had also deviated from diplomatic language”, observe AP. “We were intentionally blinded for eighteen months”, said Jean-Pierre Thébault a few hours before leaving Canberra for Paris, in an interview with Sydney Morning Herald published Saturday.