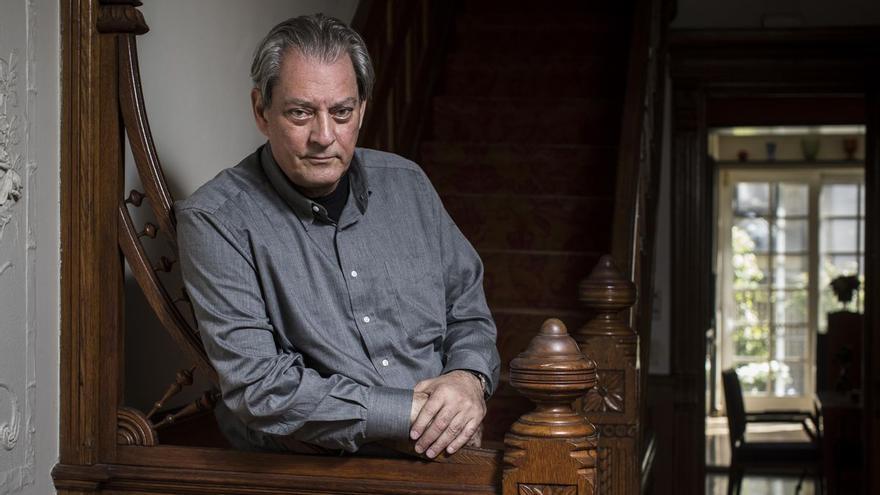 After the enormous effort that went into writing his last and monumental novel, ‘4321’, Paul Auster decided to take a break from fiction. This was announced and thus has been fulfilled with ‘The immortal flame of Stephen Crane’ (Seix Barral), a test on the life and work of the late author of ‘The Red Badge of Courage’, which in principle should be a short book and has ended up reaching a thousand pages. Many if you take into account that Crane only lived 28 years, but very few in view of the importance of his legacy in American literature and journalism.

Auster is all astonishment from his home in Brooklyn, from where he attends a digital press conference: both a journalist interested in Crane. Well, it is not exactly that: rather it is that everything that this King Midas of American literature touches becomes an object of interest. The added gift is the discovery of the busy existence of an author, Crane, who in the last years of the nineteenth century drew up an act of misery in the great cities that began to imagine their skyscrapers, wrote the definitive war novel without having stepped on the front -then cover the war in Cuba- and without which quite possibly, as he says, there would have been no Ernest Hemingway or Francis Scott Fitzgerald, that they admired him very much. Auster’s claim places Crane among the founding fathers of great American literature alongside Melville or Hawthorne, although official criticism has many times placed him one notch below, without appreciating his modernity.

“We are two very different authors – explains Auster, who has tried to get away from those literary criticisms and academic biographies that bore him supremely -. And I’m a storyteller and I am inspired by tradition, but Crane had a visual perspective on what he observed and carried his books that made him unique and he did it with a beautiful and powerful language, because he was a poet for something ”.

War correspondent, survivor of a shipwreck, chronicler of the underworld, the tumultuous and dark life of Crane – who was friends with Conrad, another author inflamed by adventure – would give for a great film. His biography implies difficulty because the first one that was written (Thomas Beer, 1923) he fantasized at pleasure with episodes of his life. “He died too young, he did not get into aesthetic debates and he did not cultivate a true literary life. His figure has been forgotten and recovered at least twice although his masterpiece, ‘The Red Badge of Courage’ has never disappeared from bookstores ”. Crane, who worked as a journalist and as such signed many colorful pages that today would not pass the fact-checking test, faced insoluble economic problems throughout his short life, which sharpened his criticism in favor of the underprivileged classes.

That liberal gaze in front of the conservative American bourgeoisie did not help it to place itself in an important and above all immovable place in the canon, as Auster attests: “He had such a brilliant and intense fame that he aroused many envies. He always went against the current which brought him detractors and defenders, something that in the long run is usually very good for an author ”. There is no better proof for this than to face directly the reading of the classic ‘The red insignia of value’ that Austral has recovered these days. The conciseness, lyrical flight and intensity that are the modern mark of the house of a 19th century author are concentrated there.