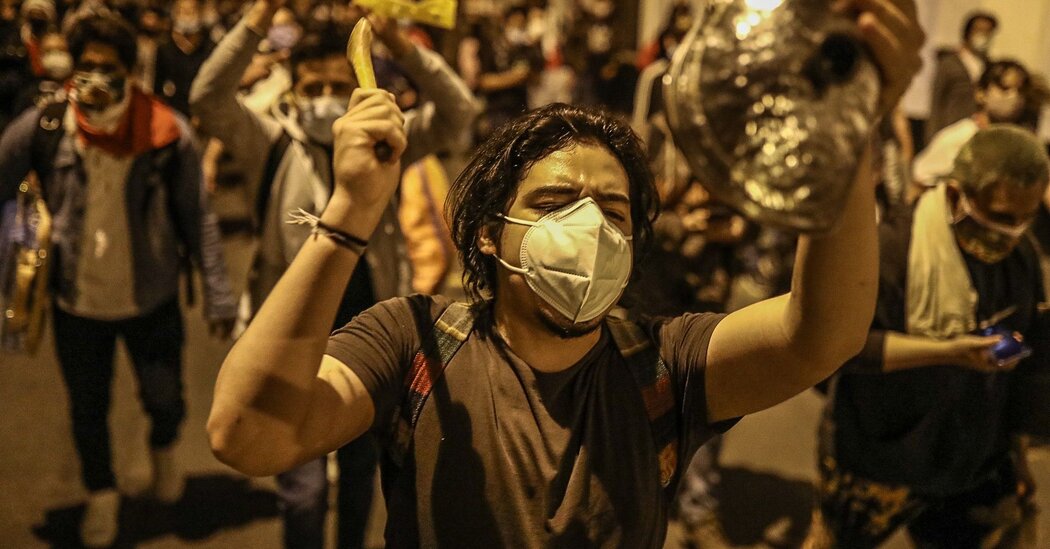 By 105 votes to 19, the Peruvian congress dismissed on November 9 to President Martín Vizcarra and the next day who was the President of Congress, Manuel Merino, assumed power. In the last three years, there were four presidential vacancies, a congress was dissolved and Merino is the third president. Peruvian democracy is dying.

Diagnosing the disease that is killing you is difficult. Because democracies often succumb to formidable tyrants, while the Peruvian is dying of insignificance. He does not die at the hands of Gulliver, but by blind dwarves who collide with each other ad infinitum and have generated an unpredictable, chaotic and now dying regime: Peruvian democracy is a runaway prisoner’s dilemma. Of course, in this troubled river there are some bad fishermen who try to profit. But the agony can only be explained by the communion between fishermen and the everlasting river.

The Peruvian political system in recent years has functioned as a corrupt raffle. The business is like this: in campaign times the owners of electoral registrations (hyperbolically called “parties”) receive contributions and auction the positions on their lists for Congress. The more money, the higher your candidacy.

This generated a politics without party loyalties or ties between candidates, parties and society. The only consistency of the politicians was to monetize their campaign contributions. The bribery charged by subnational authorities, called tithe, was institutionalized, and businessmen readily joined the corruption of public works in Peru from boom economic. Opinion leaders, technocrats, businessmen and politicians applauded and encouraged this country of lawless economic growth.

But the system went into complete disarray when Operation Lava Jato broke. The stable cast of Peruvian politics, from right to left, had received contributions and bribes from Brazilian construction companies and the prosecution touched them one by one. They freaked out. Soon, as in tom waits song, constatábamos que “everyone I used to know, was either dead or in prison” [todos los que conocía estaban muertos o en la cárcel].

The ringleaders left, but short-term greed survived. Pedro Pablo Kuczynski, elected in 2016, obtained a meager bench that, as was natural in this system, fell apart. He could not rule. I quit. Its vice president, Martín Vizcarra, He perceived that he could be president if he understood with Fujimorism, the executioners of his boss. Once in power, he survived by killing them through the dissolution of Congress. Vizcarra appeared triumphant. Until the new Congress arrived, once again full of amateurs: they liquidated the president to wrest shreds of power.

The foreign reader will think that it is ridiculous to remove a president when the general elections are only five months away, but in the Peruvian system it would be illogical not to do so. It’s a pickpocket policy. And under the rules of pickpocketing, Vizcarra has accepted his expulsion.

So, Peruvian politicians lack organizations, ideas, militants. Merino repeats the shortcomings. Until a few months ago, no one knew of its existence. He was elected to complete the remaining year and a half in the term of the dissolved Congress and obtained just over 5000 votes. And surveys indicate that vast majority of the population he was against the vacancy. His legitimacy to exercise the presidency is close to zero. But he knew the script: he joined in with other insignificants and they struck out. And, along the same lines, Merino has appointed Prime Minister Ántero Flores-Araoz, who when he was a presidential candidate obtained 0.4 percent of the votes and whose depth and vision of the country can be appreciated in this video.

Now, this process – which, as the philosopher Cornelius Castoriadis could call the rise of insignificance – has been possible thanks to some legal provisions. On one side, a few years ago all re-election was prohibited for MPs, whereupon the insignificant amateur is a must. Second, our precarious politicians discovered that the Constitution contained nuclear bombs, such as the impeachment of the president. But they did not understand that its use is reserved for exceptional cases. With which it became commonplace for the executive branch to threaten to dissolve Congress, while the legislature trivialized the presidential vacancy. A five-year period abusing those constitutional figures.

Within this irrational and volatile system, however, illegal reason survives. The financiers of Peruvian politics work to dynamite the rule of law so that the State does not interfere in their business.

We will see it in these days. An excellent example is poor quality private universities. They fight to get away from an effort university reform that tries to prevent them from continuing to scam young Peruvians. To dismantle it the university owners hire politicians.

Here is an outline of what we could witness soon: President Merino is from the Popular Action party, one of whose main leaders is Raúl Diez Canseco, a magnate who owns universities; the Flores-Araoz law firm has defended to Telesup university, whose owners own the party called Podemos; and who will be in charge of the presidency of the legislature, is part of the Alliance for Progress (APP) party, led by César Acuña, owner of a conglomerate of private universities. We can safely bet that university reform will be attacked from day one. And this is not the only case: informal transporters, illegal miners, churches against the “gender ideology”, etc … The purpose is to deactivate the universality of the law and the rule of law.

The congressmen who have brought Merino to the presidency also seek to end judicial investigations. Of the 130 congressmen, 68 have open trials. Fujimori hopes to boycott the investigations against Keiko Fujimori. In Podemos they seek to derail the investigations that have generated an arrest warrant for one of its founders, José Luna Gálvez. The head of the Union for Peru bench, Edgar Alarcón, has 36 open processes and has supported the vacancy hoping that the brand new president free your leader, Antauro Humala, imprisoned for the murder of several policemen.

It seems that the main objective of the vacant coalition is, then, to dismantle the rule of law and maintain privilege, perk and impunity. That is why they are desperate to appoint as soon as possible the new magistrates of the constitutional Court.

Also, the vacancies have taken over while preparing the public budget for next year. They lick each other. They want to indiscriminately increase spending, eliminate controls and orient it in an electoral way. In other words, by using public money for private purposes, they also torpedo the rule of law.

President Vizcarra should and should be investigated by the accusations aired by the press, but one would have to be foolishly naive to believe that this coalition threw him out of power for his moral integrity, the justification of the vacancy.

The legality of what happened is controversial and I am not a qualified constitutionalist to determine whether a coup has occurred in Peru. But there has been an assault on the state.

A coalition of loose politicians and toxic interests tries to hijack the republic. If they were to be successful we would deserve to suffer. But I am inclined to think that it will not. Mobilized citizens, the press, international pressure and healthy pockets of institutions will prevent it. Furthermore, I trust the political mediocrity of the vacant side. However, beyond the specific episode, it is important to understand that, if reforms are not carried out, this coalition contrary to the principles of the republic will be followed by others.

Alberto Vergara is a professor and researcher at the Universidad del Pacífico, Lima.