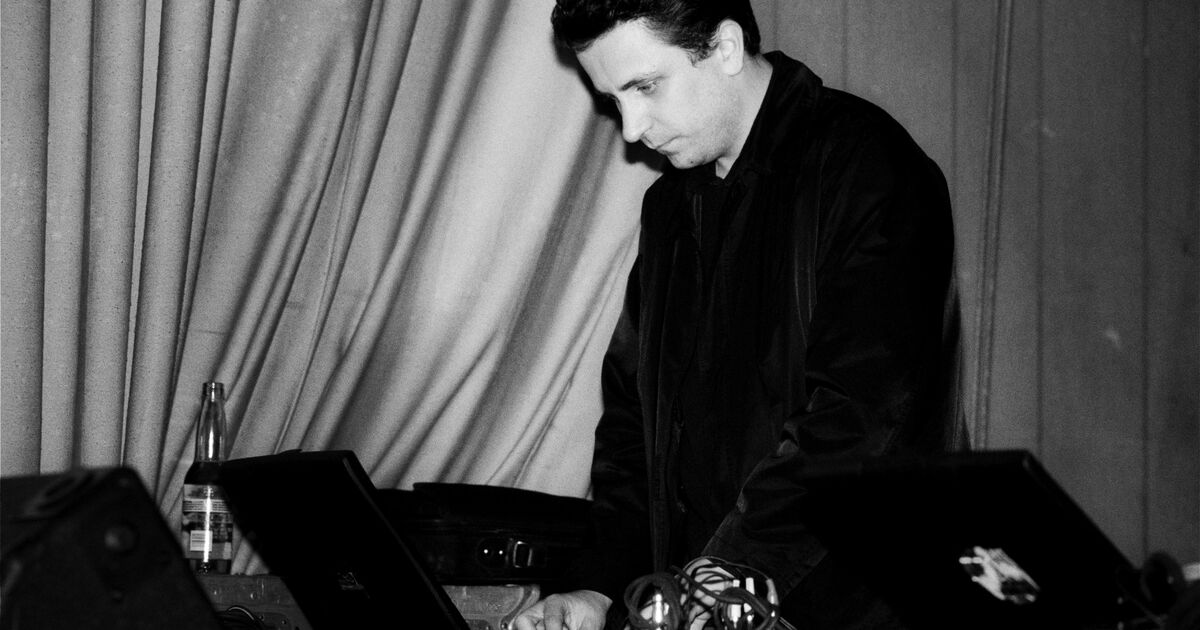 Paris, in the second half of the 1990s. In the half-light of a dance hall which will soon disappear, on the main boulevards, three young musicians with merciless eyes but hesitant gait settle down to play. In front of them, a jumble of cables and what we weren’t used to seeing on a stage at the time: laptops. The luminous apples of the famous Cupertino company, at that time, are displayed inverted for those, in the audience, discovering one of the most incredible improvisation sessions ever organized in front of their eyes. The volume gradually rises, until it reaches a trying threshold. Barely moving, the musicians remain motionless, with the possible exception of those moments when they send each other to surprise each other – at least that’s how it is interpreted – sound samples like so many geek jokes and schoolboys, ghostly voices or copy-pasted strings in a loop recognizable among a thousand since composed by John Barry for the soundtrack of the first James Bond, and which make them sketch a few timid smiles.

Birth of an avant-garde

The soundscapes drawn by the band, on the other hand, are totally abstract. Austrian Christian Fennesz, American Jim O’Rourke and Anglo-Austrian Peter Rehberg draw damaged cybernetic worlds, saturated with digital dust, dives without survival equipment in the depths of a RAM memory chip or behind the mirror of a very sketchy 3D video game setting. A few techno musicians, notably in the United Kingdom (Autechre, Aphex Twin), have started exploring for several years the postmodern effects of machinic complexity pushed to its limits, but what the trio offers tonight is to another nature: as after combustion or chemical reduction, only the residues remain.

Aesthetically, the most music lovers in the audience recognized some resemblances to French concrete music, or industrial music that was the furthest from its punk roots. Yet these young musicians have not been trained in any institution. The software they use in their powerbook dented, they cracked them. They are the first agents provocateurs of a spontaneous avant-garde which will turn electronic music on itself, until then separated into two territories which were thought to be very distant from each other, that of the street, with house, techno and everything that has derived from it, and that of the official elites of the other. An avant-garde initiated by a band of neopunk-hackers keen on hard noise, gathered in an improbable place, Vienne, the dozing off, who founded a label there that is starting to talk about him, Mego, whose name is inspired by the mego effect («My eyes glaze over»), produced by staring too much at a computer screen.

Within this company of gentle sound terrorists who love nothing more than spending sleepless nights programming his own music software, Peter Rehberg, who performs solo under the name Pita, is already a big brother. Born in 1968 in the United Kingdom, he has wandered for years in the post-punk and industrial undergrounds, and the magma of rave parties. He is a DJ, an avid collector, and for him, any opportunity is good to immerse himself body and soul in sound, as loud and as immersive as possible. Less versed in the coding that his comrades, in particular the members of the Farmers Manual collective or the General Magic duo, he likes “make”, make music and collaborate, as much as possible, in all configurations, and he dreams of hearing the most innovative music in the most libertarian environment – Stockhausen in a punk cellar, to make it short.

Social animal, he has already established connections with all that Europe has crazy about the future in this exciting period for electronic music, Mouse on Mars and A-Musik or Mille Plateaux and Oval in Germany, Pan Sonic and Sakhö in Finland, Sister Iodine and Tone Rec in France… During 1995, General Magic and Pita even released an album together on the German label Source, rather versed in the cottony atmosphere and jazzy experiments. His name is Live and Final Fridge, and it contains exactly what its title describes: an hour of live electronic music, made from sounds recorded inside and outside a fridge. A true manifesto, Dadaist as only dirty kids from Mitteleuropa undoubtedly could imagine, and which will serve as a blueprint deadpan to the entire career of Peter Rehberg, a mixture of hard-hitting and almost romantic sound explosions, controlled slippages (the famous “glitch”, the sound of digital error, carried as a theoretical and aesthetic banner ) and icy, brilliant humor.

Summer 2021, a quarter of a century later. Peter Rehberg, who became one of the pundits of European experimental music, died at the age of 53 of a heart attack. Now he was at least as well known as a commander as a musician. So implanted in the scene, in connection with so many creators and structures in Japan, in the United States, in Europe, that everyone knew him. At the end of Mego, collective label, anar, doomed to disappear quickly, Rehberg had taken over the reins to launch Editions Mego, a better structured, more open label, connected to the creative convulsions of music in real time. In two decades, this structure that Rehberg held at arm’s length, to which he devoted infinite time and devotion, became more than a reference, one of the most vital in European electronic music – from the American Oneohtrix Point Never at the Kenyan KMRU, we can no longer count the important artists she welcomed and participated in making known, not to mention all those in the close family, to whom Editions Mego remained faithful. Not to mention the sub-labels whose artistic content was entrusted to friends, Ideological Organ (directed by Stephen O’Malley of Sunn o)))) or Recollection GRM, in association with the French institution INA-GRM, founded to to know to cool youth the forgotten treasures of French concrete music.

But at the time of his death, we would like more than anything to remember Peter Rehberg the artist, whose work has profoundly influenced all of European electronic aesthetics. Seven Tons for Free, in 1996, a masterpiece of nocturnal and introspective industrial music, if one can imagine that such a thing exists. The “Get” series (Get Out, Get Down, Get Off, Get In, Get On) of which one of the vertices, on Get Out (in 1999), propelled a cavalcade of Ennio Morricone to the bottom of a black hole. Also KTL, its very long collaboration with Stephen O’Malley, head of music for Gisèle Vienne’s shows since Kindertotenlieder. Convulsive, radical, in permanent revolution, Peter Rehberg’s work was glued to his life, as it was made of solo or group sessions, ordered or disordered every day he had the opportunity to devote himself to it. Like its author, it remains partly enigmatic, but most importantly it is less filled with smoky theories than the crackling electricity of life. Both, the work to come and the man, will be missed, immensely.