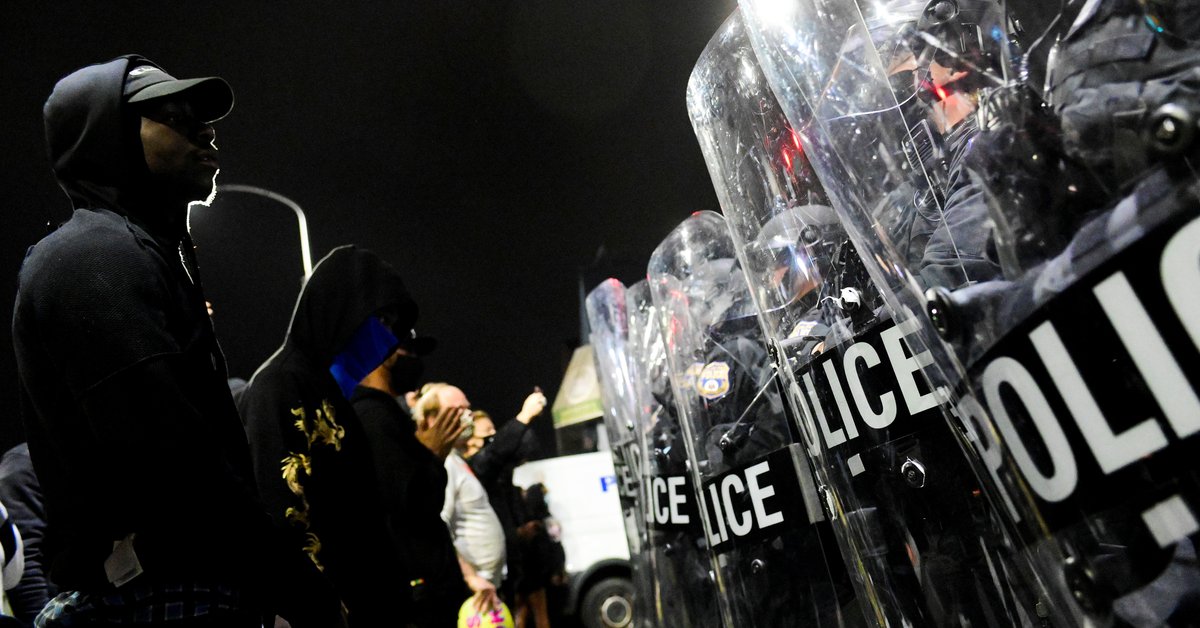 Protesters clash with riot police during a rally after the death of Walter Wallace Jr., a man who was shot by police in Philadelphia. REUTERS / Bastiaan Slabbers

The city of Philadelphia experienced a second night of demonstrations on Tuesday, marked by arrests, violent clashes and looting, the day after the death of an African-American man killed by the police, a fact that threatens to reactivate the anti-racist movement one week before the presidential elections in the United States.

Police warned on Twitter that a “large crowd” of about 1,000 people was looting businesses in the Castor and Aramingo neighborhoods and advised residents to “avoid the area.”

Images taken by a helicopter appear to show people looting a Foot Locker store and another business.

Philadelphia cops fatally shot Walter Wallace Jr. today, firing 10+ times at him while he stood at least 10ft away. He allegedly had a knife but cops made NO attempts at de-escalating the situation in this video. They went straight to killing Wallace in front of his loved ones! pic.twitter.com/U2zYGqK7Ag

An AFP reporter in another area, West Philadelphia, where another crowd of about a thousand people gathered, saw police officers armed with batons in violent clashes with dozens of protesters.

Pennsylvania Governor Tom Wolf’s office announced the deployment of hundreds of National Guard soldiers to the city to “protect the right to peaceful assembly and protest while keeping people safe.”

The violence erupted after police killed a 27-year-old man identified as Walter Wallace Jr., who suffered from mental health problems, on Monday. according to his family. As a video circulating on social media shows, Wallace was shot several times by two police officers for whom he did not pose an imminent threat.

See Also:  And another church burns

“There is a lot of confusion as to why” police killed the young man, Ezra Alidow, a 25-year-old artist, said Tuesday.

“It’s happening all over America, it’s scary“, He said.

Police made 90 arrests during the first night of sporadic rioting and looting on Monday, and 30 uniformed men were injured, including one who broke his leg when he was hit by a truck.

“For today and tonight, we anticipate the probability of additional incidents of disorder”Philadelphia Police Commissioner Danielle Outlaw told reporters earlier.

“That is why we will take additional measures to guarantee order,” including increasing the police presence at key points and deploying anti-raiding units, he said.

A wave of anti-racist protests, sometimes leading to episodes of violence, has swept the United States since George Floyd’s death., an African American man murdered by a white police officer in late May.

Many of the protesters accuse the police of racism and brutality, but President Donald Trump has taken advantage of the riots to push himself as the “law and order” candidate in his duel with his Democratic rival Joe Biden in the elections of 3 of November.

“We are monitoring the situation closely. We are ready to deploy federal resources, if necessary. President Trump Will Not Tolerate Violence Against US Law Enforcement”Stated Alyssa Farah, White House communications director.

Biden and his running mate, Kamala Harris, said in a statement that their “hearts are broken” for the Wallace family.

But they also called on the protesters to protest peacefully. 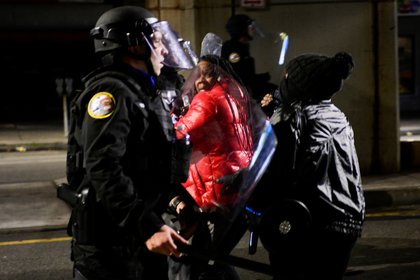 Protesters clash with riot police during a rally after the death of Walter Wallace Jr., a man who was shot by police in Philadelphia, Pennsylvania. REUTERS / Bastiaan Slabbers
See Also:  Donald Trump: Top consultant promises an orderly handover to Joe Biden

“No amount of anger at the very real injustices in our society is an excuse for violence.”They said.

“Looting is not protesting, it is a crime,” added Biden and Harris.

According to local media, Two officers shot Wallace around 4:00 p.m. (8:00 p.m. GMT) on Monday in the West Philadelphia neighborhood after he refused to discard a knife, as his mother tried to restrain him..

A video posted on social media shows Wallace pushing his mother and then walking towards the cops.

Wallace’s father, also named Walter Wallace, said his son appears to have been shot 10 times, according to the Philadelphia Inquirer. 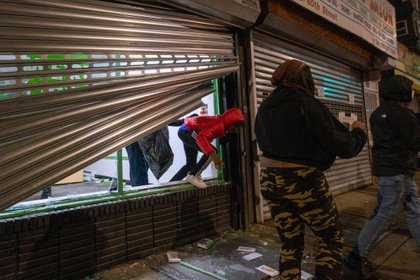 He stated that the victim suffered from psychological problems and was undergoing treatment. “Why didn’t they use a Taser?” He complained, referring to an electric current gun.

“His mother was trying to defuse the situation”, He added.

Outlaw launched an investigation, stating that the video “raises a lot of questions.”

A week earlier, a policeman in Waukean, north of Chicago, killed a 19-year-old when he shot his vehicle. The young man’s partner was injured. 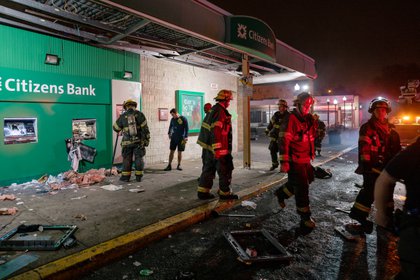 Police and fire officials respond to a small fire and a broken ATM machine following protests over the police shooting death of Walter Wallace, a man in Philadelphia. REUTERS / David ‘Dee’ Delgado 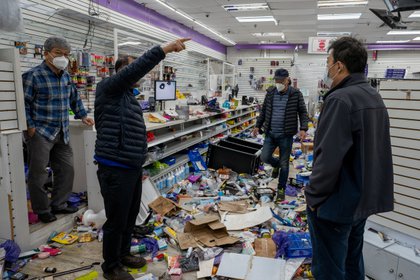 Hair Town owners gather at their looted beauty supply store following protests over the police shooting death of Walter Wallace, a man in Philadelphia. REUTERS / David ‘Dee’ Delgado
See Also:  A 3-year-old boy and his pet are abandoned in a cemetery two days before Christmas

“When is it over, United States?”attorney Ben Crumps asked at a news conference Tuesday.

“How many more black people have to die from police brutality, excessive force, bias, systematic racism, or willful indifference?”

What’s next in the US after the “Black Lives Matter” protests?