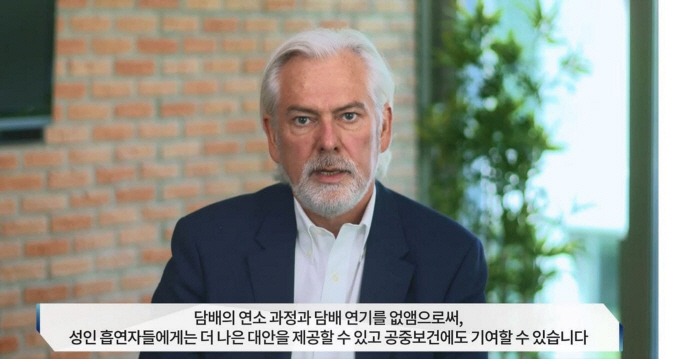 “I recently said in a media interview that with proper regulation and civil society support, in many countries, in the next 10 to 15 years, the burning of regular cigarettes could really go away. If everyone takes this opportunity seriously, Korea will be able to lead this positive change again.”

“The core of Philip Morris ESG management is essentially the same as the company’s vision of a ‘Smoke-Free Future’,” said Yachek. It is provided as an alternative to a complete replacement.”

He also added, “Six years ago, 100% of PMI’s net sales came from cigarettes, but in the second quarter of this year, about 30% came from non-combustible products such as IQOS. %, and set specific goals to completely convert over 40 million people to non-combustible alternatives.”

Jennifer Motles Svigilsky, Chief Sustainability Officer, commented on Philip Morris’ ESG strategy: ) of ‘P’ is added.” He explained, “The social impact of the theme ‘what a company makes’ is as important as ‘how it makes’.”

In the session discussion on this day, Seoul National University Business Administration Professor Kim Byung-do (former dean of Business School), who has emphasized corporate innovation and challenges, and Seoul National University Philosophy Professor Lee Seok-jae (Dean of Humanities), who has informed the importance of discussing ethical issues in our society, were presented by Baek Young-jae, CEO of Philip Morris Korea (PMK). participated with 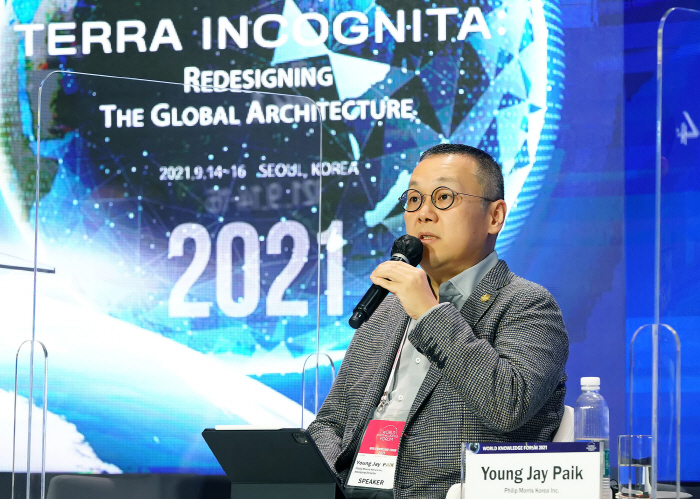 Kim Byung-do, a professor at Seoul National University, said, “PMI’s mission to completely eliminate conventional cigarettes that are burned through IQOS seems more difficult than the goal of eliminating sugar with an artificial sweetener developed as a substitute for sugar.”

Professor Kim said, “However, looking at PMI’s actual performance in replacing regular cigarettes with non-combustible products (IQOS has already been sold in 66 countries, PMI’s non-combustible products accounted for about 30% of net sales in the second quarter of this year), we saw the possibility of achieving the goal. “If the complete replacement of regular cigarettes is achieved, this will be an innovative case that can be introduced in business management textbooks.”

Seoul National University professor Lee Seok-jae defined, “The ‘smoke-free future’ pursued by Philip Morris is an alternative considering the unavoidable reality that many people are still looking for cigarettes that are lit and smoked.” He said, “If the research result that the amount of certain harmful substances generated by PMI’s non-combustible products is significantly reduced compared to regular cigarettes is true, the realistic goal of ‘to replace regular cigarettes’ can bring better results to our society.” .

He also pointed out, “The success of Philip Morris innovation depends on the trust of adult consumers and the general public in the authenticity of the company,” he said.

In the discussion that followed, questions were asked about the fact that Philip Morris is selling regular cigarettes with IQOS, the authenticity of innovation, the prevention of youth smoking, and the credibility of the company’s scientific research.

CEO Baek said, “Based on these scientific facts, if we provide accurate information and better alternatives to adult consumers, and give them back their choice about products, we can expect improvement in public health.”

Regarding the issue that e-cigarettes encourage youth to smoke, CEO Baek said, “Philip Morris has the principle that IQOS will never be sold to adults, not only to teenagers, but also to non-existing smokers.” “Since 2005, Philip Morris Korea has We have been running a youth smoking prevention campaign through more than 100,000 retail stores and have informed the store owners.”