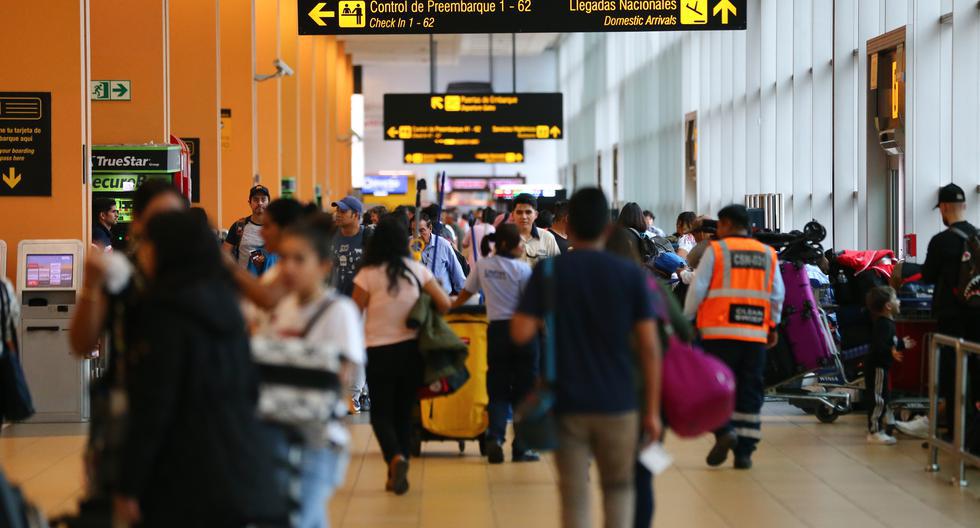 Traveling from Lima to Florida (United States) for around US $ 250 in roundtrip is not a particular promotion, since now the travel rates to that city have dropped reaching their lowest historical level, according to you can see on portals such as eDestinos, Despegar or Viájala.

Round-trip air tickets of up to US $ 166 or US $ 180 are even registered, as can be seen with some airlines bound for Fort Lauderdale (Florida – United States), in eDestinos.

Ricardo Acosta, president of the Peruvian Association of Travel Agencies (Apavit Peru) details that the values ​​of air tickets to the United States have reached their lowest historical levels.

At that time, a travel “boom” had been unleashed for the application of vaccines in the United States.

According to Migrations, between April and July of this year 203,391 Peruvians traveled to the United States, a record figure, and 67% higher than the same period of 2019 (pre-pandemic).

The prices of air tickets have not only been reduced to Miami, but also to Dallas, with average values ​​of US $ 400, or Los Angeles whose prices have reached US $ 404, for roundtrip.

The union representative explains that the low rates are not for travelers with large luggage, but for those who make their flights with a “backpack”, a light hand luggage, since if they travel with more suitcases the costs can rise.

Would they go lower? Ricardo Acosta considers that no longer, it is the lowest historical level, with the average of US $ 250 for round trip.

“Demand has decreased to the United States and some airlines are even contemplating reducing the frequency of flights,” he said.

Spain: by studies and housing

In relation to trips abroad, one of the destinations that is increasing is Spain – according to Migrations-, since in September it is reported that 13,785 Peruvians arrived in that country, below the prendemic figures, but higher than the values ​​in the previous months.

Ricardo Acosta mentions that this has been due to a greater demand from Peruvians for university and postgraduate studies in that country, in addition to the fact that opportunities are opening up to buy a home.

Spain is also a point of entry for Peruvians to Europe, for those who have destinations such as France, Italy or England, for example.

“In England they ask you for a quarantine period and what some Peruvians do is better to travel to Spain, stay a few days and then travel to England,” he said.

On the other hand, he comments that by raising some restrictions in Amsterdam (Holland), the arrival of Peruvians through Madrid (Spain) also rises.