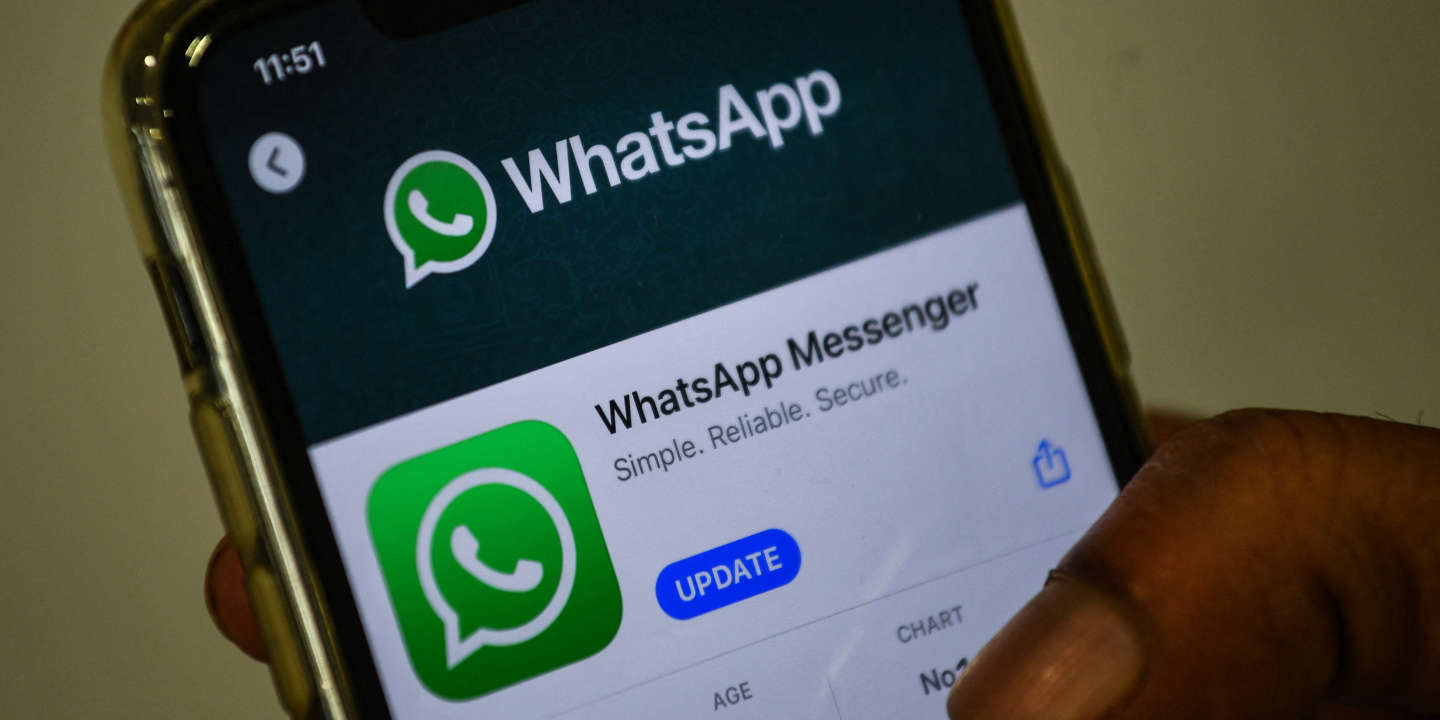 “The protection of privacy, desired by people, is possible, thanks to a technology: end-to-end encryption”, launches Will Cathcart, the boss of WhatsApp. Thus, explains the manager of this Facebook subsidiary, “If you send a message or make a call to someone, only the recipient has access to it. And we do not know its content ”. In an exchange with French journalists, Friday, June 25, the person in charge of the messaging to the 2 billion users made a plea for “Private communications” : “This is very important, not just to protect journalists or human rights activists: everyone needs to send sensitive information, whether banking, medical, work, personal.”

Read also Facebook faced with a hemorrhage of its senior executives

The exit of M. Cathcart aims in particular to respond to “Worry” which accompanied the latest change in WhatsApp’s personal data policy, announced in January and implemented in mid-May.

“This update has not changed the private status of users’ conversations, nor what WhatsApp shares or not with Facebook ”, insists Mr. Cathcart. The messaging, he assures, especially wanted to inform on the case where a user wishes to exchange messages with a company – for example an airline company to modify a ticket – because this one can make host the exchanges by Facebook.

Otherwise, nothing is transmitted to Facebook. “If you share your location on WhatsApp, it’s encrypted. We have access to your contacts, but we do not share it with Facebook. We know which groups you belong to, but it is not used to serve advertisements ”, explains Mr. Cathcart, specifying that “The overwhelming majority” of WhatsApp users accepted the new rules.

By advocating “private” communications, WhatsApp however risks going against the vision of many governments. For the latter, end-to-end encryption prevents, for example, legal requisitions allowing access to discussion histories, possible for e-mail boxes. In Brazil and India, bills aim to weaken encryption, or even to force operators to introduce vulnerabilities in their software for the benefit of law enforcement.

“India did, and we have challenged these new rules in the courts, because we consider that the text is contrary to the Indian Constitution which guarantees the right to privacy. Historically, we have also challenged laws in Brazil, and we have won very important lawsuits in this country ”, explains Mr. Cathcart, who is also interested in article 10 of the recent “intelligence” law in France.

M. Cathcart cites the concerns of the think tank Digital Renaissance and the association for the defense of rights La Quadrature du Net. And takes a stand: “It would be good if the implications of this article were clarified. “ The current wording refers to the implementation of end-to-end encryption bypass measures.

WhatsApp will remain a messaging and not a social network, assures his boss

“We are always ready to work with the police, as long as there is a legal process, specifies the leader of WhatsApp, who regularly transmits the unencrypted information at his disposal (contacts, etc.). But we believe that we must above all not weaken the security of our users’ communications, nor keep a copy of all their messages. “ And to use this metaphor: “In the physical world, we have always placed limits on the data that could be collected to help law enforcement. In liberal democracies, we don’t put government-paid cameras in all living rooms. It would probably help solve a number of crimes! But everyone can see how horrible that would be. “

WhatsApp is, and will remain, a messaging system and not a social network, his boss also assures us. Who judges, unsurprisingly, its service better than its main competitors: Telegram, which “Does not use end-to-end encryption by default and does not even offer it at all for groups”, or Signal, ” closer “ technically from WhatsApp, but which does not have the same anti-spam tools or the same moderation capabilities.

WhatsApp’s privacy campaign suffers from a downside, however: private messaging is still far from profitable as it is, despite its impressive number of users. “On the business model, we’re very excited to make WhatsApp a place where, if you want, you can connect with businesses. If you want to contact customer service, for example, you can do so, and for very large companies, we charge them ”, explains M. Cathcart, acknowledging that “It is still a low source of income but growing”.

The leader believes in this “Different model” and ensures ” do not work “ on the possibility of introducing advertising on WhatsApp as on Facebook or Instagram, another subsidiary of the social network. Advertisers on these two platforms, however, can choose to have their ads direct users to their WhatsApp page. “More than 1 million companies” use this feature, according to Mr. Cathcart, and there are “15 million active users” of the version of WhatsApp for small business. Facebook’s ability to make its subsidiary profitable with this model will partly depend on the platform’s future.