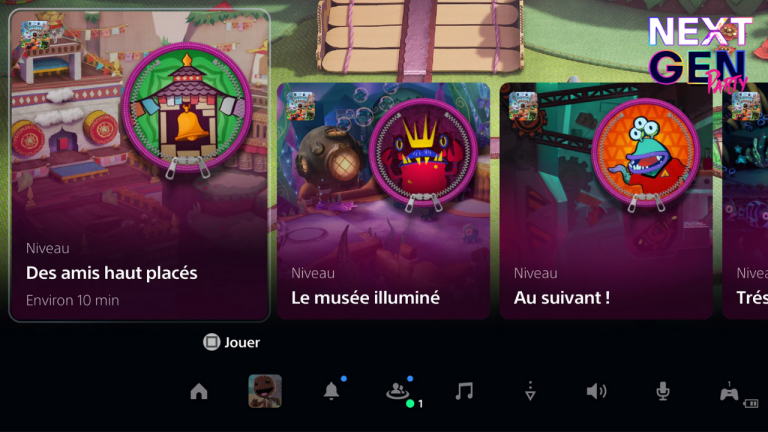 News hardware PS5: What is the Activity system of the new interface really worth?

It’s been over a week since the PS5 arrived in France, and you have no doubt started your adventure in Spider-Man: Miles Morales. But beyond games, Sony’s next-gen is coming with a brand new interface. At the heart of it are the Control Center and Activities, which can have a huge impact on how you approach a game.

Obviously, when you buy a new console, you usually don’t try to dig into every corner of the interface. But this interface, completely redesigned by Sony for the next-gen, is quite important. It is an integral part of the strategy of the Japanese manufacturer for this ninth generation, as well as the SSD and shorter loading times.

Last October, the menus of the PS5 were thus the subject of a presentation of ten minutes during a State of Play. In parallel, in the columns ofEurogamer, Hideaki Nishino, vice president for strategy and global product management, explained that this new interface is centered “on integrating players into the game more easily and quickly”.

But the big star of these brand new menus are the Activity cards, which allow access to different information (trophies, the time taken for a mission in Spider-Man : Miles Morales or objects still hidden before reaching 100% in Sackboy : A Big Adventure), sometimes help videos for PS Plus subscribers (this is the case in Demon’s Souls Remake), even access very quickly (as a kind of teleportation) to a portion of the game, such as a quest, a challenge or a multiplayer mode, this even if the shortcuts of the game itself do not allow it (this is for example the case in the later adventures of the game). weaver). To use it all, you have to be connected to the Internet, press the PlayStation logo on the in-game controller or go to the submenu of each title – which we will discuss again below.

See Also:  Tips so that no one sees the websites you consult when you browse on your computer

The possibility of “teleporting” thanks to this functionality particularly interested Patrick Klepek, journalist for the media Vice. In one article, he talks about how the Activities in Miles Morales make navigation in a very (too?) efficient open world, no longer needing to swing from building to building to reach a main or even secondary mission, or to rack your brains to define the fastest path through such or such teleportation point in-game.

But the functionality mainly impacts the rhythm of the game, which sparks additional tasks as the progress progresses to encourage the player to walk from canvas to canvas, via the excellent movement system. However, the Miles Morales Activity system remains very practical, especially for those who would like to do all the missions at the end of the game, when they know the city well.

Precision concerning the Activities in the title of Insomniac: the feature does not allow access to absolutely all additional content in the blink of an eye. It is for example not possible to teleport in front of a Cache of the Underground, which the player must in any case find by himself in a defined area. Finally, the Activities are also present on the remaster of Marvel’s Spider-Man.

Because indeed, to appear as if by magic in front of an object that one is supposed to seek, that would be a little nerd. And Sony is well aware of it. As reported GamesRadar, the Japanese firm wants developers exploit Activities whenever it makes sense. Especially since the option adds a workload to the studios, which must report precise data for it to be displayed on the interface.

So, if the Activities in Miles Morales come close to what can be found in Sackboy: A Big Adventure or Astro’s Playroom (quickly access specific portions of the game) the way it is managed the feature is very different in Demon’s Souls Remake, where it is only possible to go from one world to another without going back through the Nexus or a teleportation point, which is not possible with the tools directly offered by the game. Nothing very permissive therefore.

And things are still different on a game that is not first-party. Sure Assassin’s Creed Valhalla PS5 for example, the Activities are not operated at all, except to display trophies. As said before, the feature takes some extra work from the developers, and obviously only titles exclusive to the new PlayStation will benefit.

Assassin’s Creed Valhalla – A bit of gameplay on PS5

One last thing that we haven’t detailed is how Activities behave via the sub-menu for each title, on the home screen. Again, the set works differently on a case-by-case basis. For Sackboy and Astro, the sub-menu in question offers more choices of Activities than the Control Center and allows you to play directly without going back to the title screen of the game.

But for other titles, it gets complicated. With the remaster of Spider-Man and Miles Morales, it will take launch the game to display the different options under the main interface (and they will change if you are on a mission or in midtown Manhattan). Finally, for Demon’s Souls Remake, choosing a destination from the submenu will in any case return you to the title screen, as if the game was launched normally. So no time saving.

The System of Activities of the PS5 therefore lacks in the state of uniformity to offer something really convincing, as is already the case on Sackboy: A Big Adventure and Astro’s Playroom. On the other hand, we do not really understand why the Spider-Man games do not benefit from the same possibilities from the home screen. Note, however, that the Limited Activities in Demon’s Souls Remake guarantee the gaming experience, to avoid teleporting everywhere. Otherwise, it’s very handy to know how much time is left to complete a task, to have access to help videos or to always be able to keep an eye on the trophies.