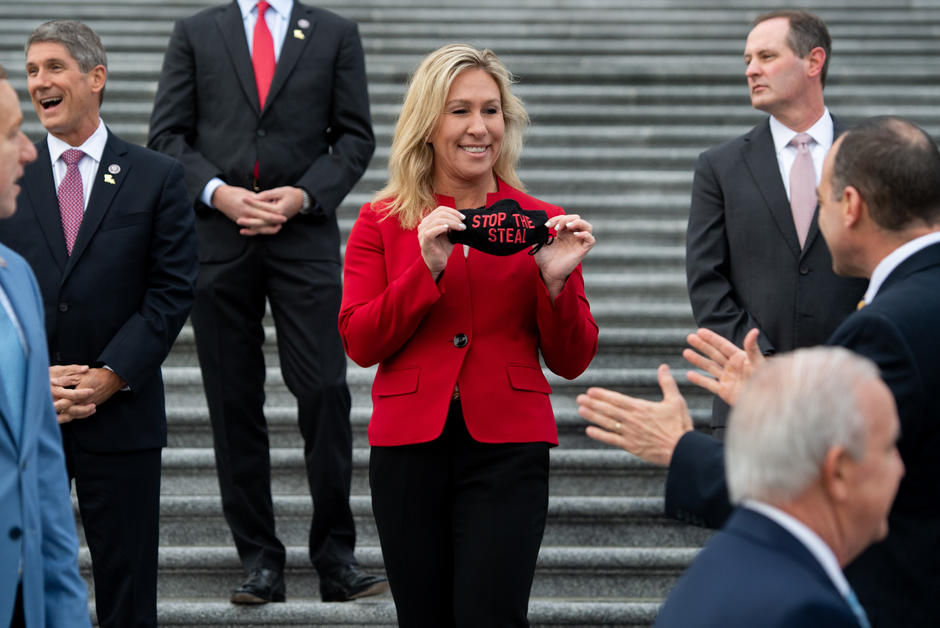 A journalistic investigation shows that the stubborn Republican representative of Georgia, before her election last November, supported on Facebook explicit comments calling for the execution of Democratic personalities. The media are questioning the validity of his presence in politics.

A review by CNN hundreds of posts and comments on Marjorie Taylor Greene’s Facebook page reveal that the politician not only supported conspiracy theories like QAnon’s, but that in 2018 and 2019 she “Repeatedly announced his support for the execution of democratic personalities”, dont Barack Obama et Hillary Clinton.

Ms. Greene notably “liked” a comment “That ‘a bullet in the head would be faster’ to dismiss the Speaker of the House, Nancy Pelosi”. To a netizen who asked her if she should “lynch” Barack Obama and Hillary Clinton, she replied: “Everything falls into place. We must be patient. Everything must be executed perfectly, otherwise the liberal judges would not release them”.

After CNN tried to reach Marjorie Taylor Greene, the Georgia 14th District representative did not deny anything on Twitter:

Fake News outlet CNN writes sensational new story about me […] I will never back down from the enemy of the American people.”

She accuses the channel, by the way, of trying to silence her and further suggests that these comments were not coming from her.

The Washington Post notes for its part other recent declarations of