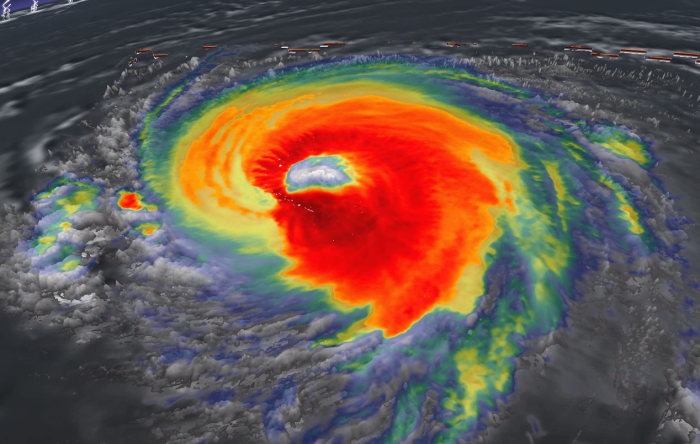 Saturday, September 4, 2021 at 5:05 PM – Hurricane Larry, which is currently making its own in the Atlantic Ocean, could eventually make its way to eastern Canada – and Quebec could take a hit.

Larry is currently Category 3 on the Saffir-Simpson scale, but may gain ground in the coming days. It is expected to reach Category 4 stage on its way north.

Sustained winds of up to 205 km / h have been recorded so far, with even more violent gusts. It is currently moving northwest at a speed of about 24 km / h. An impressive swell could reach the coasts of Bermuda, the Bahamas and the West Indies over the next few days, before heading to the eastern United States.

If it is currently in the mid-Atlantic Ocean (and, therefore, has only limited impacts), that could change over the next few days.

Indeed, its exact trajectory will be decisive: it is not impossible for Larry to take the path of Newfoundland and Labrador and the Maritimes, dumping large amounts of precipitation and blowing strong winds in its wake. If the remains of Larry would only graze Quebec, the province could still suffer collateral impacts. The Gaspé Point and the Magdalen Islands will be particularly worth watching.

It should be noted, however, that several factors remain uncertain at the present time. The situation will have to be monitored closely by the end of next week.

The peak of hurricane season is now

The hurricane season has reached its peak in the Atlantic basin, in particular because of warmer waters which favor the formation of more violent systems. It’s noticeable: Larry is already the third major hurricane of the season, behind Grace and Ida. The average for the entire hurricane season has been reached, and it is far from over.