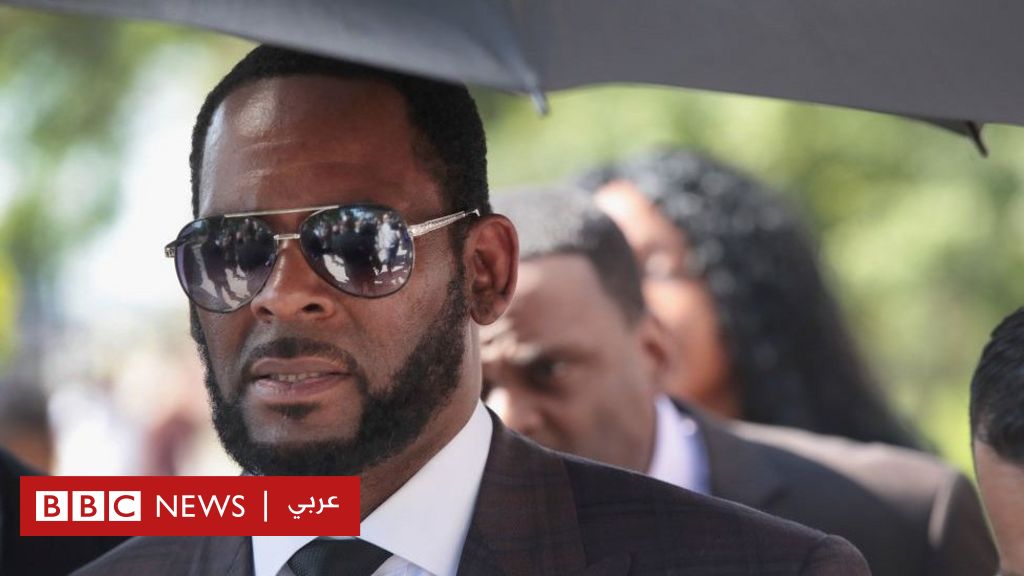 American singer R Kelly was convicted of using his star status to carry out a scheme to sexually exploit women and children that lasted more than twenty years.

The 11 prosecutors, including nine women and two men, made their statements in a heated six-week trial, describing how they were subjected to humiliation and sexual violence at the hands of Kelly.

After two days of deliberation, the jury found Kelly guilty of all charges.

The verdict is scheduled for May 4, which could lead to Kelly spending the rest of his life behind bars.

The jury concluded that Kelly, whose full name is Robert Sylvester Kelly, led a violent and coercive scheme to seduce women and children into sexual abuse.

Kelly, known for the song I Believe I Can Fly, was convicted of trafficking in women across the US, producing child pornography and involvement in kidnapping.

Following the indictment, one of the plaintiffs, who had accused Kelly of imprisoning, drugging and raping her, said that she

She was “hiding” from the singer due to “threats” she had been subjected to since she spoke publicly about the accusations.

“Now I am ready to live my life freely and without fear and begin to heal my wounds,” the plaintiff, who identified herself as Sonja, added in a statement.

The case documents also revealed the psychological torture Kelly had subjected his victims to. They were not allowed to eat or use the toilet without his permission, and he controlled what they wore and made them call him “my father.”

Gloria Allred, who has represented several of Kelly’s victims in court, told the media: “I’ve been in law for 47 years. Over that time, I’ve prosecuted a lot of sex offenders against women and children.”

“Of all the people I’ve gone after… Kelly is the worst,” Allred added.

At a press conference in front of the court, Attorney General Jacqueline Casoulis said the jury with this conviction sent a message to strongmen like Kelly.

“No matter how long it takes, the long arm of the law will follow you,” Casoulis added.

The ruling comes 13 years after Kelly was acquitted of child pornography charges after a trial in Illinois.

Most of the allegations of sexual abuse of R Kelly first appeared in 2019 in a documentary titled “Surviving R Kelly”.

The victims were sometimes chosen from the audience at Kelly’s concerts or from those he tempted to join him after he offered them help and support early in their career in the world of music when they had the opportunity to meet the famous singer.

But after joining Kelly’s side, they find themselves subject to strict rules and severe penalties for breaking them, the rules the American singer’s team calls “Rob Rules”.

The court added to the sex trafficking charges a charge of extortion – usually brought against organized crime gangs. During the trial, prosecutors detailed how Kelly’s business managers, security guards, and members of his team assisted him in his criminal activities.

In this case, the court also heard how Kelly illegally obtained documents to marry Alia, a minor who died in a plane crash in 2001 after marrying Kelly at the age of 15.

Devero Kanek, Kelly’s attorney, said his client was not expecting a conviction.

“The government picked its version that they thought would support the continuation of the narrative,” Kanek said, asking, “How can he (Kelly) expect to be condemned in light of all these inconsistencies that we’ve seen?”

Kelly faces charges in another case of child pornography and obstruction of justice. He is due to be charged with further sexual assault charges in Illinois and Minnesota.