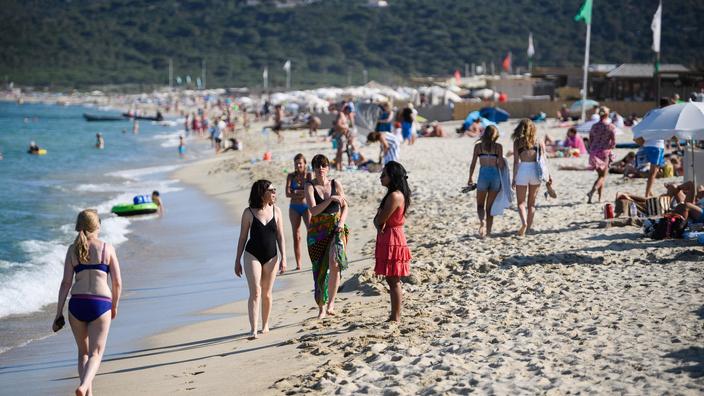 The mayor is fighting to stem this phenomenon, which reached record numbers of thefts during the summer.

Party to the legal front against helicopter overflights around Saint-Tropez, Ramatuelle could win a first round with the probable suspension of a prefectural decree regulating the subject by the Toulon administrative court, which examined Thursday a summary of the town .

The suspension summary filed by the municipality of Var and studied Thursday in Toulon targets the last prefectural decree, which provides for 48 daily helicopter rotations in the area, against 40 for previous seasons. At the beginning of July, a freedom summary filed by the town had been rejected.

At the hearing, the president warned that he was going “probably withhold the means of incompetence”Of the prefect to regulate the traffic of the helipads, specifying that he would render his decision firm by Friday morning. The same judge had taken a similar decision a few days ago following a request from the association for the protection of the natural and historical sites of the mutte, salines and canebiers of Saint-Tropez aimed at a prefectural decree concerning the summer season 2018.

In his judgment dated July 15, he symbolically annulled this old decree, stressing in particular that “the special police power of helicopter air navigation (was) entrusted mainly to the Prime Minister and the Minister in charge of civil aviation by authorization and that the prefect (held) only residual police power». «I will have won when I have eliminated the suffering of my fellow citizens three months a year“The summer, declared to AFP the mayor of Ramatuelle, Roland Bruno, at the exit of the hearing.

«the infernal parade of helicopters»

The town hall has therefore also initiated a judicial process for a substantive examination, which will be in the coming months. “With more than 300 movements per day, the infernal parade of helicopters is a real environmental heresy“, Annoyed in its side France Nature Environment Provence-Alpes-Côte d’Azur, which joined with five other associations in these procedures.

The prefecture was neither present nor represented at the hearing. The suspension of the prefectural decree would not, however, lead to an immediate reduction in traffic but “the prefect can send back to the regulatory ministryOn the subject, hopes the commune of Ramatuelle. Completely bottled in the summer, the Gulf of Saint-Tropez has seen the helipads flourish, supposed to be occasional landing zones. The helicopter puts Saint-Tropez less than half an hour from Nice, Cannes or Monaco.