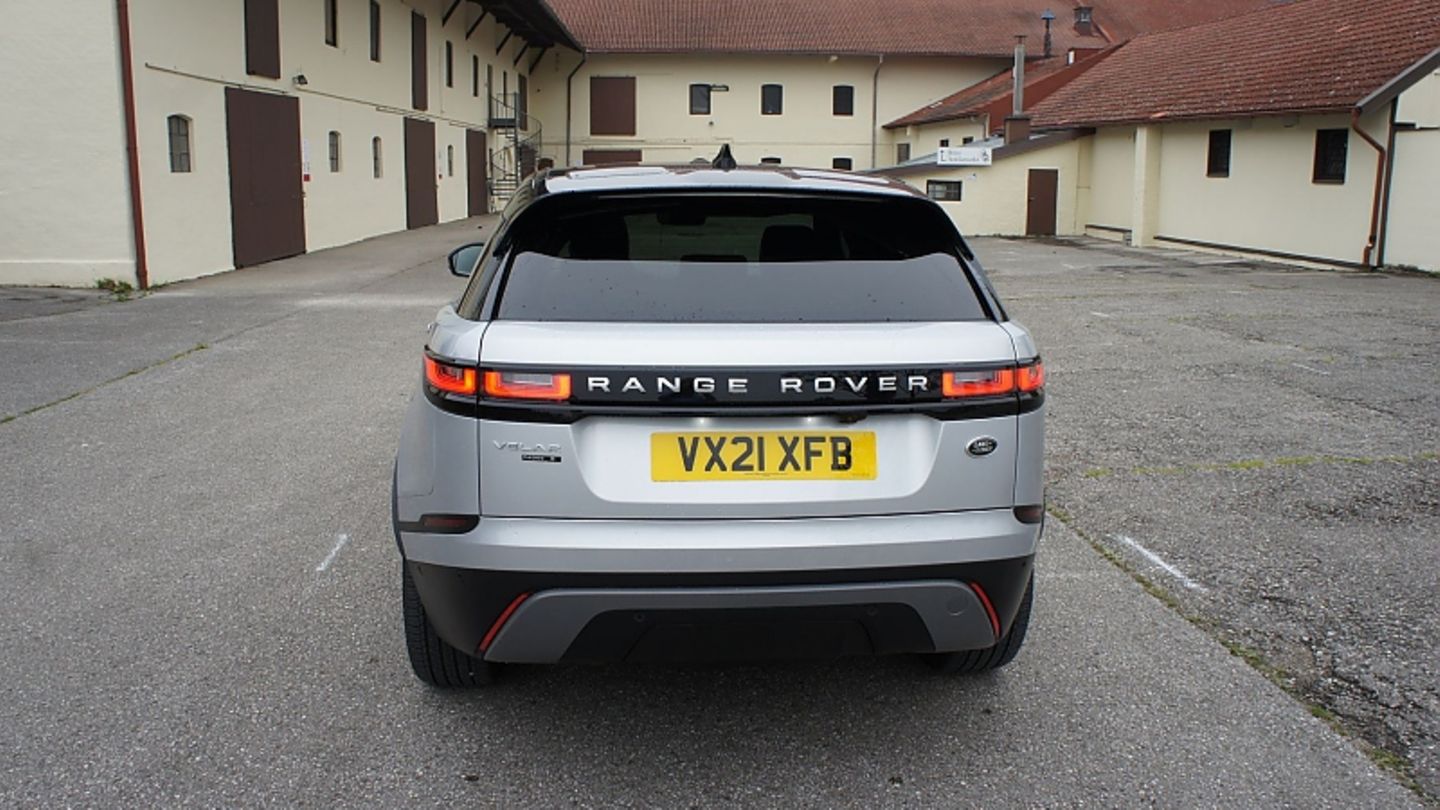 The Range Rover Velar remains in the shadow of the Range Rover. The design piece among the SUVs offers a lot of advantages as a plug-in hybrid; but only if you can charge regularly.

Started with great praise, the Range Rover Velar has disappeared a little from the sunlight. Too close to the Range Rover and therefore too expensive are the main points of criticism. Some see the design piece as a problem. But this swan song comes a little seduced. At least for the Land Rover strategists, who are giving the Velar a plug-in hybrid module so that they dare to try again and land with the electricians.

So let’s take a closer look at the performance and consumption data. The drive train consists of a four-cylinder gasoline engine from the Ingenium series, which has an output of 221 kW / 300 PS, plus a permanent magnet synchronous motor that contributes 105 kW / 143 PS to the propulsion. The bottom line is that the Velar driver is happy about a system output of 297 kW / 404 PS and a torque of 640 Newton meters. The energy for the electrical part of the drive train comes from a 17.1 kilowatt hour lithium-ion battery (13.7 kWh net), which should bring the Velar up to 60 kilometers. The British car manufacturer specifies an average consumption of 2.3 liters per 100 kilometers.

With us, the on-board computer showed a range of 44 kilometers. Which brings us straight to the topic of “loading”. The Range Rover Velar also suffers from the discrepancy between theory and reality at German charging stations. Range Rover states that the electricity storage is filled to 80 percent within 30 minutes. We rolled to a DC charging station with a remaining charge of 14 percent, which then pumped the Velar’s batteries full in 52 minutes. Even if the last fifth takes the longest to fill the batteries, that’s too long. We couldn’t find out what caused this result. Ultimately, the charging station also has to play its part in order to achieve perfect charging. So the fact is again confirmed that a PHEV mobile only really makes sense if you can hang it on a charging station or wallbox for a longer period of time. For example, during the night or during working hours in the office.

With full power tanks, the 2,233 kilogram SUV turns into a veritable fuel saver. Mainly because the Velar P400e is purely electric at up to 140 km / h and so in city traffic the combustion engine is as good as never before. With a forward-looking driving style, we achieved an average consumption of 1.8 l / 100 km and thus undercut the specification on the data sheet by half a liter. As soon as we drove longer and faster in hybrid mode, the thirst increased to 4.9 l / 100 km, on the highway it was 6.4 l / 100 km. All decent values. The comfort was also more than sufficient, despite the 283 kilograms higher weight compared to the Velar P250, even if the chassis is a bit tighter.

If you want to conserve the energy of the batteries for the city, the Save driving mode is the best choice. With this driving program, we came to 10.1 l / 100 km. However, the electric motor is removed from the raffle, the support then only comes from the generator integrated in the crankshaft, as is the case with mild hybrid systems. However, the turbo lag is then more noticeable than with the hybrid drive program, in which the acceleration takes place more smoothly. However, the power of the two hearts smashes the Velar forward so ambitiously that purchases tumble through the 625 to 1,693 liter trunk. In this case, a light gas foot is a good idea. If you activate the full drive chapel, the 4.80 meter long crossover is on the move quickly and completes the standard sprint from zero to 100 km / h in 5.2 seconds. However, it is over at 209 km / h. So far, you have to die one death with the electromobility of a PHEV. The driver takes over the recuperation himself with the brake pedal, which makes driving quite relaxed.

You can definitely feel good in the Velar. The materials are fine and the seats are comfortable. There is more than enough space anyway. Small details such as the fact that the blind is automatically pushed under the glass roof when the car is parked so that the interior does not heat up so much are noted positively. Also that the Pivi Pro infotainment system represents a significant step forward. However, the intuitive operation, as is the case with BMW, Audi and Mercedes, is still missing a bit. Sometimes you have to deal with the individual menus for a little longer before you can find the desired function. Assistants such as the 360 ​​degree camera when maneuvering or the blind spot warning when changing lanes are used for this. However, Range Rover Velar in the tested P400e S version with at least 77,079 euros also its price.