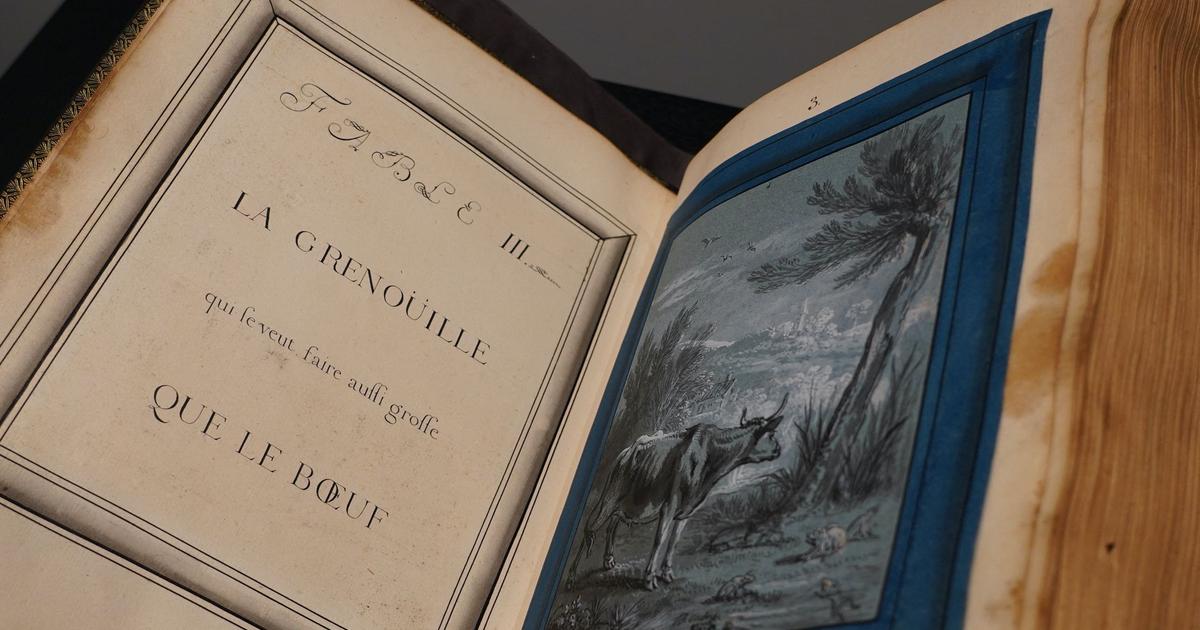 A unique copy of illustrations of the La Fontaine’s Fables by 18th-century French painter and draftsman Jean-Baptiste Oudry was sold Wednesday in New York at Christie’s auction for $2.7 million. This precious piece for bibliophiles is presented as a thick album of 138 drawings with detailed landscapes, framed by a blue outline, each illustrating one of the famous stories of the French fabulist and poet Jean de La Fontaine, such as The Frog who wants to be as big as the Ox, The grasshopper and the ant or The Fox and the Crow.

Painter to the court of France under Louis XV, Jean-Baptiste Oudry (1686-1755) had made them in the early 1730s with brush and black ink, but they were not immediately assembled. It’s about “single intact volume of illustrations by Oudry for La Fontaine”explained to AFP Stijn Alsteen, international manager of old drawings at Christie’s, specifying that a second volume had existed but was “dismembered” and dispersed between collections and museums. Jean-Baptiste Oudry is considered one of the best illustrators of La Fontaine’s fables, along with Gustave Doré and Grandville, and his drawings can be seen in the luxurious Diane de Selliers editions in France.

The album, which sold at Sotheby’s in 1996 for 550,000 British pounds, the equivalent of more than $850,000 at the time, was part of the JE Safra collection, of which 78 works from the 17th to 19th centuries were sold. for $18.5 million on Wednesday in New York. The piece was estimated between 1.5 and 2.5 million dollars by Christie’s, which did not immediately give information on the buyer. Last May, Christie’s sold a drawing by Michelangelo in Paris, Naked young man (according to Masaccio), for 23 million euros.

We tested the ChatGPT artificial intelligence on its knowledge of the Overseas Territories, and the result is… mixed

Journalist responds to Ronald Acuña father after his threats | baseball 123