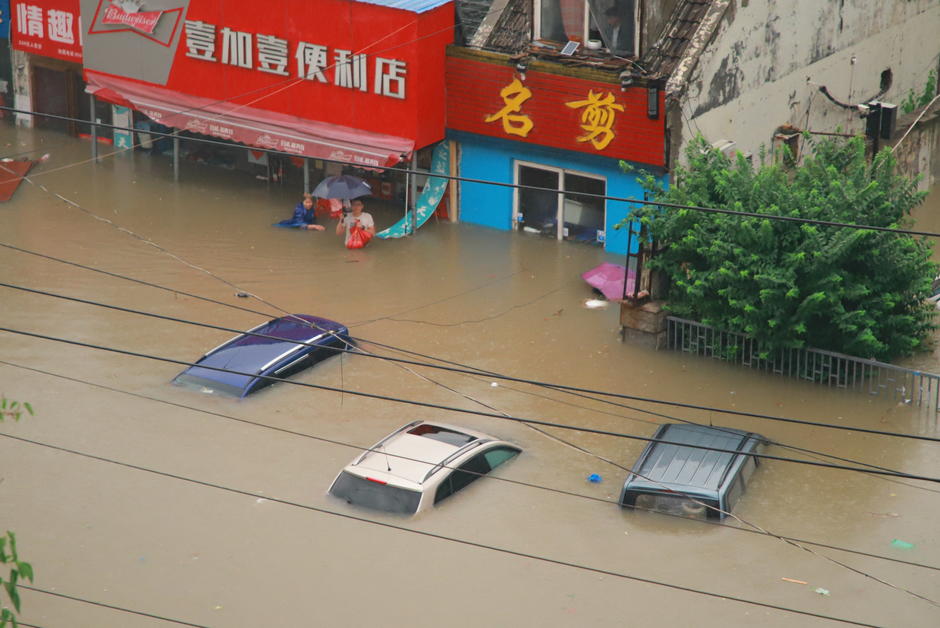 “Torrential” rains have fallen in recent days in the province of Henan, in the center of the country, in particular in the city of Zhengzhou, causing record flooding. At least 25 people were killed by the bad weather.

The Chinese city of Zhengzhou, where more than 12 million people live, attempted, Wednesday, July 21, “to get back on your feet ”, after the deadly rains and floods that hit it in recent days, Write the South China Morning Post. And Thursday, according to China Daily, relief operations were still ongoing.

According to Global Times, the bad weather had made, “At the time of going to press on Wednesday”, 25 died in central Henan province, while 160,000 people were evacuated and 1.24 million people were affected.

On Wednesday, the inhabitants lived a short moment of respite, says the Global Times.

The rain temporarily stopped during the day in the worst-affected city, Zhengzhou, allowing the provincial capital to breathe and deal with the aftermath before facing more rainfall in the evening. ”

The newspaper’s reporters were able to see the extent of the damage. Zhengzhou East Station, which sees more than 600 trains per day, was “Paralyzed” and “Flooded”. Elsewhere, “Cars piled up on the roads, some low places were still flooded, most businesses remained closed”, and “A few pedestrians walked cautiously in the wet and muddy streets”. And in the afternoon, in parts of the city, “Electricity was still a luxury”.

“The most affected area”, relates the South China Morning Post, “Sits between Haitansi and Shakoulu stations of metro line 5, where at least 12 people died when their train was trapped by the rapidly rising waters.”

The “Heavy rainfall” who descended on Zhengzhou are “the most important ” never recorded “since the city began to keep records sixty years ago ”, relieves Global Times. To give an idea, the authors of the article indicate that they reached on Tuesday “552 millimeters ”,“ nearly four times that of Cologne, Germany, between July 14 and 15, which wreaked havoc that the ‘German language has no words’ to describe, as put it Chancellor Angela Merkel ”.

Global Times makes his side a wave of “Nationwide support”. This news “Were greeted by Internet users praying on social networks for the safety of the inhabitants of Henan, soldiers mobilizing for relief and companies donating money and necessary materials”.

“But we can learn a few lessons to minimize losses and injuries”, valued Global Times. The newspaper notes in particular that “The heaviest rains in Zhengzhou came between 5 and 6 pm Tuesday, while the order to suspend the operations of all subways was given at 6.10 pm”.

This torrential downpour, which could overwhelm any city’s drainage system, has garnered support from across the country, as well as a quick reaction from the central government. However, it also raises questions for governments at all levels about their response to emergencies and their ability to properly manage disasters. ”

The correspondent of the BBC in China He explains that the widespread construction of dams has exacerbated the problems linked to climate change in this part of the country. According to him, “the connections between rivers and lakes have been cut, disrupting the floodplains that once absorbed much of the region’s annual summer rains ”.