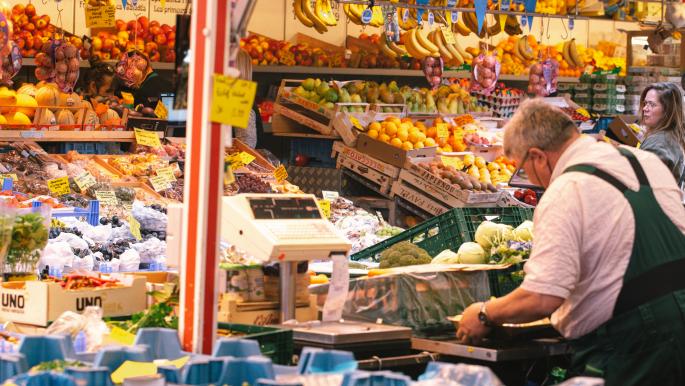 With the increase in fuel prices due to war in ukrainecountries registered Euro-zone Nineteen, a new record high in rates inflationwhich added new burdens to families’ financial resources, and affected the slow economic recovery from the latest wave of the Corona epidemic.

The high rates of inflation published by the European Statistics Office “Eurostat”, today, Friday, have reverberations in the political and economic arenas, as governments intend to provide monetary support to the most affected families.

The annual inflation rate, in this April, reached 7.5%, the highest level since the start of recording statistics in 1997, and for the sixth month in a row, exceeding the record high recorded last March, which amounted to 7.4%.

Energy prices rose sharply by 38%, in a stark indication of the impact of the war and the accompanying global energy crisis on the eurozone’s 343 million people.

Fears that oil or gas supplies from Russia may be interrupted, as a result of the war, have led to a rise in oil and natural gas prices, which intensifies high global demand amid a recovery from the economic slowdown caused by the pandemic, and a cautious approach to increasing production by “OPEC” and allied countries , including Russia.

Germany has dropped the idea of ​​imposing a tax to support renewable energy on electricity bills, saving about 300 euros (317 dollars) for each family of 4 members, while the Metal Workers Union in Germany (IG Metall), the largest trade union in Germany and the European Union, proposes, An 8.2% annual increase in wages for steel workers currently in wages talks.

Fear of the high cost of heating, electricity and car fuel, one of the factors that prevent European governments from taking a decision to stop energy imports from Russia in the framework of the sanctions imposed on Moscow; Because of the Kremlin’s decision to invade Ukraine.

Inflation is also putting uncomfortable pressure on the European Central Bank to consider raising interest rates from record low levels in the coming months. Raising interest rates to curb high inflation rates will also affect the recovery that has been shaken by the energy crisis, war and the recent outbreak of the Covid-19 pandemic.

The growth rate in the 19 member states of the European Union that use the euro, slowed to 0.2% during the first three months of this year, as voluntary and government restrictions to combat the outbreak of the latest wave of the highly contagious Omicron strain, with high inflation rates, curbed demand. The demand for services based on direct transactions declined, noting that the growth rate during the first quarter of the year decreased compared to the rates of the last quarter of the past year 2021, which amounted to 0.3%.

Coronavirus in Belgium: update on the health situation with Yves Van Laethem

Will WhatsApp users be able to activate one account on more than one phone?