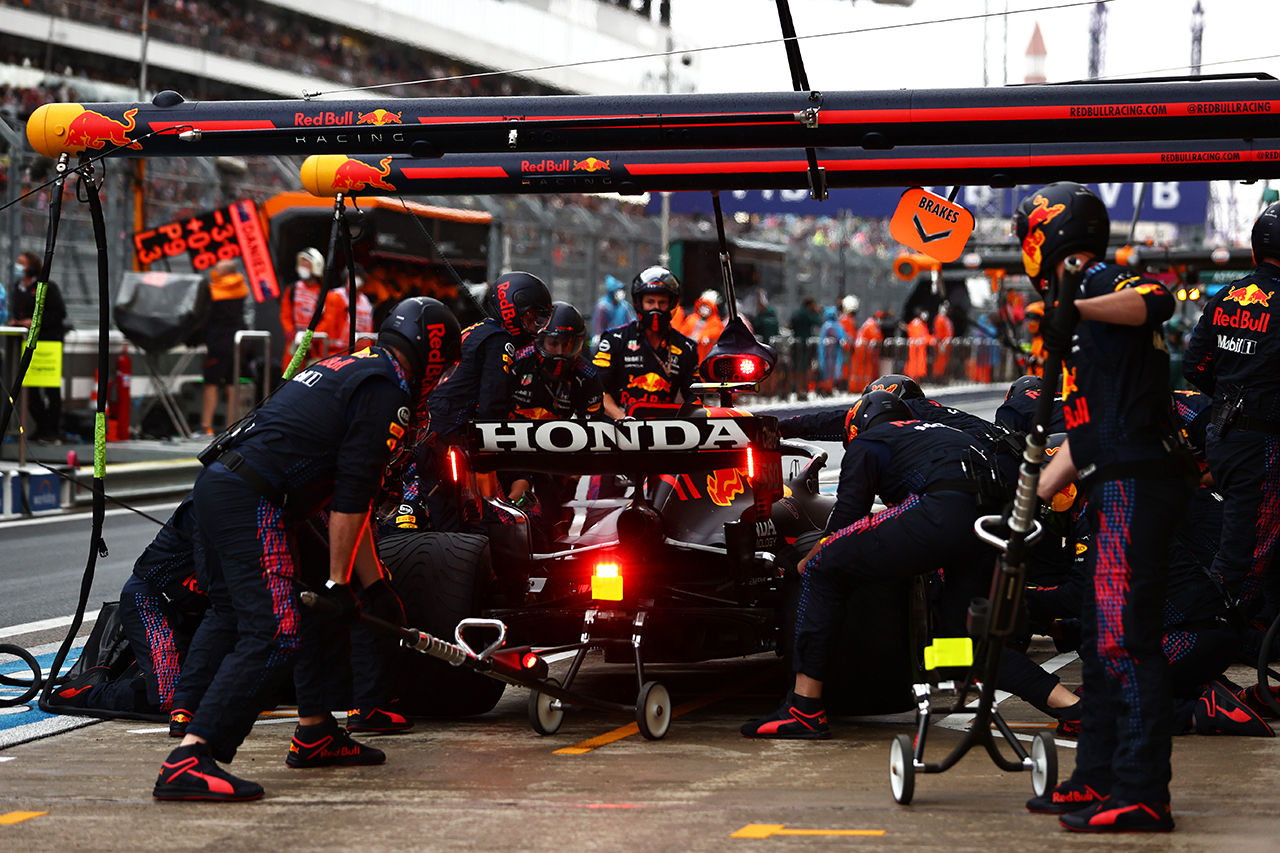 Red Bull F1 Christian Horner explained that Sergio Perez’s 8.9-second pit stop at the F1 Russian Grand Prix was a different cause than the problem that affected Max Verstappen at the previous F1 Italian Grand Prix.

Max Verstappen took 11 seconds at the pit stop of the F1 Italian Grand Prix. The cause was a “human error” in which one of the mechanics pressed the button that tells Jackman that the work was done too quickly.

The FIA ​​issues a new technical directive in the middle of the season. If the button was pressed before the wheel was tightened, nothing would happen and the entire process had to be repeated.

At the F1 Russian Grand Prix last weekend, Sergio Perez was stopped for 8.9 seconds due to a problem with the right rear tire.

“It wasn’t due to technical directives. There was a slight delay in disengaging the wheels and the clutch was released when it was in place. It only exacerbated the problem and sacrificed Sergio’s day. “

Unfortunately, the mechanics involved suffered hand injuries, albeit not seriously.

Sergio Perez was in third place when it rained in the second half of the race. However, his position was sacrificed due to the delay in the decision to switch to intermediate, and he finally finished the race in 9th place.

“Checo rolled the dice and wanted to stay out from the perspective of a team sharing options,” said Christian Horner.

“Max benefited from the decision to enter the pits. Unfortunately, Sergio paid the price.”

“It’s always easy to see later, but obviously it was very difficult at the time. It was Verstappen’s great decision.”

“Perez had a great race. He was back in 3rd place and should have been on the podium.”