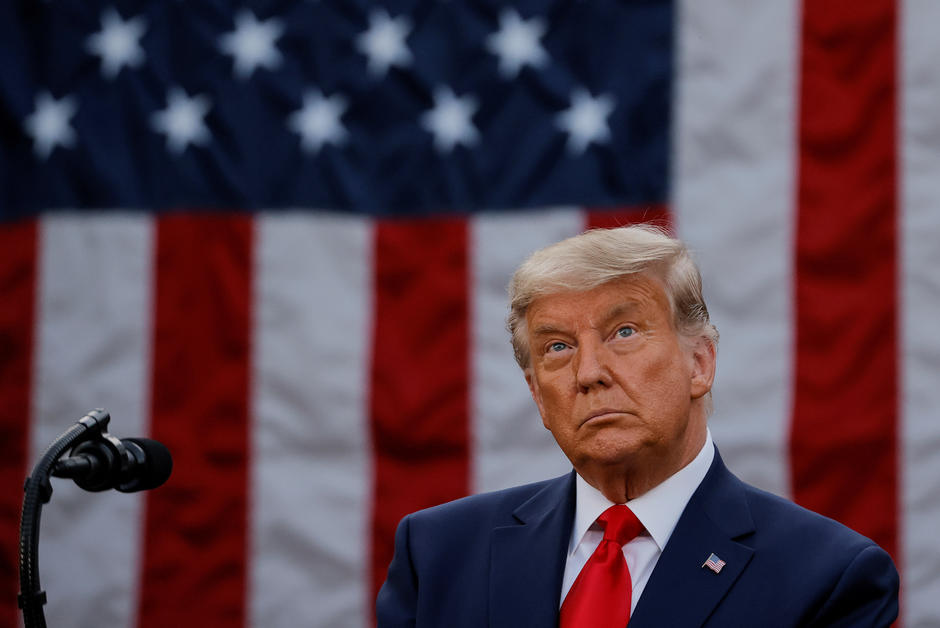 After two weeks of uncertainty, the US president finally gave the green light to the process of transferring power to Joe Biden on Monday evening. He has already begun to draw a government, in which appear several senior figures who served under Barack Obama.

“The administration ended up bowing to reality”, note it Los Angeles Times. More than two weeks after Joe Biden’s victory, the Republican on Monday evening gave the green light to the process of transferring power to his Democratic rival. “In the best interests of our country, I recommend” that the government agency responsible for the transition “What is needed regarding protocols, and I have asked my team to do the same”, he indicated.

“Trump’s surrender comes as more and more voices have been raised to acknowledge his defeat”, explains the Washington Post. In a joint statement, 164 American business leaders, from CEO from Goldman Sachs to that of MasterCard, in particular urged him on Monday to accept the result of the poll and start the transition, report NPR. Despite strong pressure exerted on local Republican Party officials in recent days, a commission also validated Joe Biden’s victory in the key state of Michigan on the day.

The U.S. administration’s general services on Monday told the president-elect that he could officially begin the transition process. The Democrat will now have access to funds and reports that were previously denied to him due to legal proceedings challenging the election results.

Despite the green light given to the transition, Donald Trump refrained from explicitly acknowledging his defeat. He promised on Twitter to pursue a “Just fight” while it multiplies the legal remedies, without success, to try to prove electoral fraud. “If he does not seem to have planned to make an official speech to acknowledge his defeat”, the president would however “Surveyed his advisers on his exit options”, told officials of his administration to Wall Street Journal.

In recent weeks, the president has reportedly shown himself “More and more resigned to the idea of ​​having to leave the White House on January 20”. According to the financial daily, “He would have said in private to an adviser that he wanted to maintain an appearance of combativeness because, according to him, ‘everyone loves clappers’”.

“Familiar personalities in a changing world”

At the same time, Joe Biden’s future government began to fall into place on Monday. The president-elect plans to surround himself with seasoned personalities who served under Barack Obama, such as Antony Blinken, 58, future U.S. diplomat, former Secretary of State John Kerry, 76, future special envoy to the president on the climate, or Avril Haines, 51, who will occupy the post of director of national intelligence. Former boss of the powerful Federal Reserve from 2014 to 2018, Janet Yellen, 74, is expected to become the first female finance minister of the United States, said a source close to the president-elect’s team.

“Lots of experience but few surprises”, Politico remark about who will be responsible for national security. “If the team of President-elect Joe Biden that is emerging seems very familiar to you, it is because it is: most of the names announced so far are those of personalities who have already served in senior positions in the administration of Barack Obama, underlines the magazine. But the world they will inherit has changed dramatically, often for the worse. ”