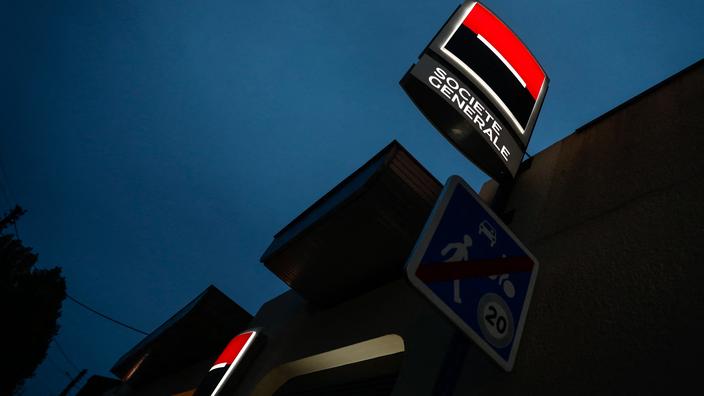 The bank was sanctioned on Monday for breach of regulations on payments by credit card.

Societe Generale was fined around 1.6 million euros on Monday by the Directorate General for Competition, Consumption and Fraud Control (DGCCRF), for breaches of the regulations on payments by Bank card.

Main grievance raised by the DGCCRF: the application of a bad level of interchange, i.e. the commission paid by the merchant’s bank to that of the consumer during a card transaction, then capped at one. rate of 0.3% instead of 0.2%.

Read alsoBig banks will halve the number of ATMs in Belgium

The repression of fraud thus accuses the establishment of a lack of transparency which has prevented its merchant customers from bringing competition into play. Société Générale argues for its part that the interchange difference has no impact on the merchant’s billing.

In addition, on certain bank cards, the bank with the red and black logo displayed the words “credit card“Instead of the only mention”credit», Which can cause confusion among its customers. This mention is contrary to European regulations, underlines the repression of fraud, while the bank explains that it is on the contrary in accordance with French law.

A difference “without consequences» ?

According to the bank, this “difference in interpretationWas of no consequence to his clients. Societe Generale ensures that “shortcomings criticized by the DGCCRF are of limited magnitude”Since only 3.4% of bank cards would be affected. It also claims to have undertaken work to allow the remanufacturing in the first quarter of 2022 of the bank cards concerned, with an explanatory letter addressed to the customer, in order to take into account the recriminations of the repression of fraud.

A sanction of 175,000 euros was also imposed on Monday by the DGCCRF on the Caisse d’Epargne Loire-Center for the same reasons. The DGCCRF indicates that these new fines are part of an investigation carried out since 2018 on compliance with European regulations concerning purchases by bank card, which had already led to other sanctions.

In December 2020, fines totaling more than 2.8 million euros had already been imposed on six French banks for billing excessive fees during card payments.