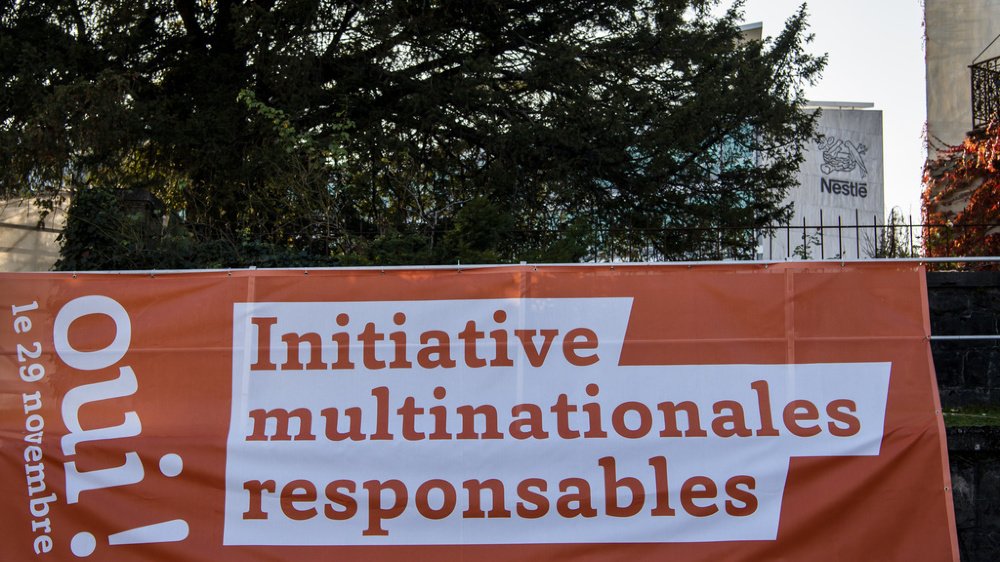 The initiative “for responsible companies” was accepted by 50.7% of voters, but rejected by more than half of the cantons. The major economic umbrella groups are relieved, while supporters of the text see it as a strong signal addressed to certain multinationals and to the economy.

The indirect counter-project drawn up by Parliament will now be able to enter into force. The Federal Council will quickly define the implementing provisions, Justice Minister Karin Keller-Sutter said on Sunday.

The narrow rejection of the initiative is greeted with satisfaction by the major economic umbrella companies, who had committed themselves against the text, unlike the committee of entrepreneurs “Economy for responsible companies”, which brought together nearly 300 leaders in its favor. .

“This result is a great relief, as the initiative created uncertainty for the entire Swiss economic fabric, including SMEs,” said Romandie director of economiesuisse Cristina Gaggini at Keystone-ATS. It would also have deteriorated the relationship with other States by interfering in their sovereignty.

For the Swiss Union of Arts and Crafts (usam), the result shows that the Swiss people refuse to attempt experiments and introduce special regulations in the current period.

Satisfaction also for the PLR, which is delighted that Switzerland “is not going it alone at the international level, which would have placed our companies facing many challenges”. The UDC sees in the tight result of the vote “an alarm signal” to the address of economic organizations and central parties, in relation to their “dangerous links with the left”.

The subject is not closed

Conversely, disappointment predominates on the left, among certain central parties and among many organizations that supported the text. With this rejection, Switzerland risks being “once again last time, as was the case for money laundering or banking secrecy”, writes Dick Marty (PLR / TI), co-chairman of the committee of initiative.

However, the PS sees this result as a strong signal to economic circles. “No blank check will be tolerated and multinationals must assume their responsibilities.” The tight result shows that part of the voters want multinationals and a responsible financial center, say the Greens.

For the environmentalist party, developments in Europe show that Switzerland will sooner or later be obliged to legislate so that its companies respect environmental standards and human rights abroad. The Liberal Greens, for their part, believe that the strong support for the initiative is a strong signal that must be listened to by the political class.

Like the Liberal Liberals, part of the bourgeois camp supported the text and founded a bourgeois committee, composed of the ENP, the Bourgeois Democratic Party (PBD), the Evangelical Party (ENP), and some members of the PDC, PLR or UDC. In their eyes, the counter-project was insufficient.