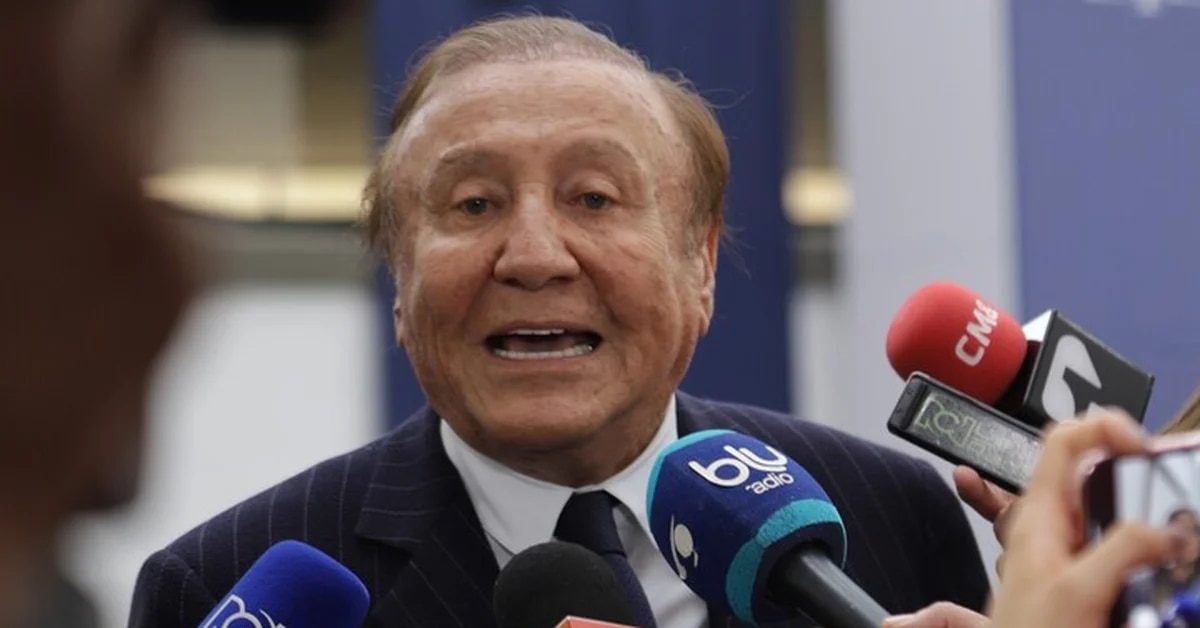 Just a week before Colombians elect their new president, candidate Rodolfo Hernández, from the League of Anticorruption Leaders, addressed Gustavo Petro through his Twitter account, who recently stated that there is a sector of the government that would seek to postpone the election day for next Sunday, May 28.

Hernández told Petro, regarding his most recent statements, that it is irresponsible to assume nonexistent facts as true and that “The fire is not extinguished with gasoline.”

Faced with Petro’s statements in recent days, Hernández reaffirmed his distance from the candidate whose vice-presidential ticket is Francia Márquez. At the time, he invited the candidates to meet to defend democracy in the face of the possible suspension of the electoral exercise in the country.

“To all the commissions that have arrived from the international order (…) I invite you to meet permanently and urgently. We are on the verge of a claw blow and the world must help us calmly defend democracy and the rights of the people, without fear, without indecision, without fear, because what they are showing is that they have reached their final moment,” Petro said.

The candidate of the Historical Pact did not specify on whom falls the supposed decision to suspend the meeting next weekend and stood firm in his statements, inviting his supporters to act with great serenity.

“This is not to act with uneasiness, it is to act with great serenity, what they want is for violence to break out in Colombia to have the excuse of perpetuating the current government over popular decision. What we should not do is fall into violence, fall into the trap. Just be vigilant, mobilized. It is time for unity to defend democracy,” Petro commented.

“I invite all the democrats in Colombia to coordinate, Fajardo, Hernández. Not about how we become perhaps a single candidacy, but how we defend democracy from the terror unleashed by the corrupt regime that tries to prevent the elections,” he added.

In his trill, Rodolfo Hernández affirmed, in addition to what has already been mentioned: “I am a victim of sheaves and I do not lend myself to making them.”

For the candidate of the Historical Pact, Hernández is one of his most direct rivals, according to the latest polls. The man from Santander could cause a surprise and force a second round, especially after receiving the support of Ingrid Betancourt, who announced her resignation from her candidacy in recent days.

The former mayor of Bucaramanga, according to the figures provided by the Integrated Information System, has been picking up and is very close to Federico Gutiérrez. The National Consulting Center has reported that the candidate of the Team for Colombia registers a 20.8% favorability and Hernández reached 19.1%. Gustavo Petro remains in the lead with 35.8% and the candidates Sergio Fajardo and John Milton Rodríguez lagged behind.

Hernández affirmed that voting for the candidate of the Historical Pact is synonymous with giving him the country’s checkbook. “They are going to give him an irrevocable power so that he can go to the international and national banks so that he continues to withdraw money and we have to pay in the medium and long term. Nobody realizes when they are mortgaging his future, his illusions, his dreams, ”he commented.

Petro calls a meeting with Sergio Fajardo and Rodolfo Hernández to deal with the alleged plan to prevent the elections
“We do not want, in ten or twenty years, that we realize who murdered him, as happens in Colombia”: sister of Lucas Villa

Lot-et-Garonne: no to mosquitoes! Ideas and a poster campaign

Ohey: the driver did not see the motorcyclist when turning, he is seriously injured