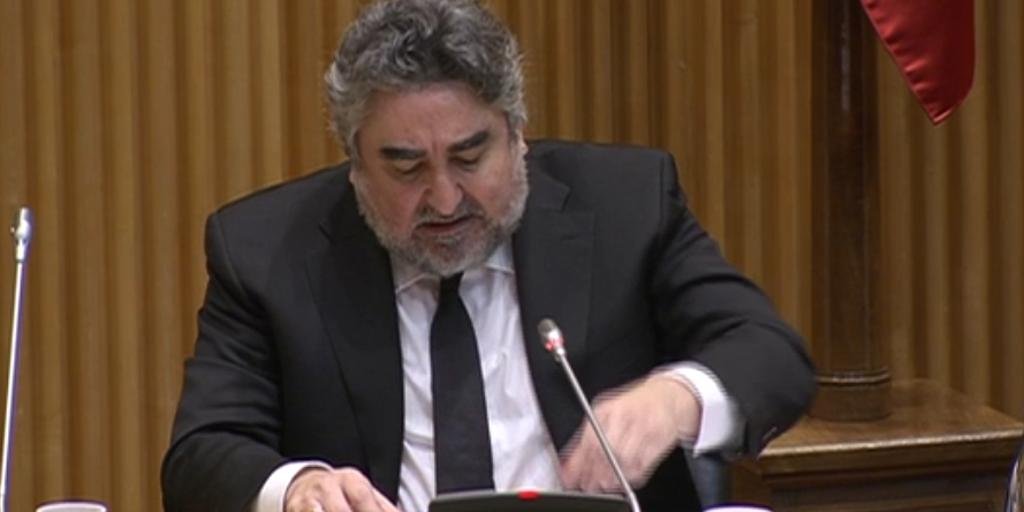 “Good morning, everyone well found,” Agustín Zamarrón started in the Culture Commission of the Congress of Deputies. A minute of silence in memory of the victims before the Minister of Culture and Sport, José Manuel Rodríguez Uribes, took the floor.

The crisis committee of the world of the bull was pending his speech, indignant with the “marginalization and discrimination” of the Ministry towards the bullfighting sector: no mention of bullfighting or aid or appearances. “Culture is not censored” was the motto that flooded social networks last week, with bullfighters displaying that phrase in their masks, with the hashtagg #MinistrodeCensura. The discomfort of the sector provoked the reaction of the Ministry, which promised that they would be attended to and that this commission would partially correct that discrimination.

On March 14, the day in which the state of alarm was declared, two months and one day were completed, “which is not a sentence”, but the time since he promised the position, the minister stressed. Rodríguez Uribes reviewed the events to which he then attended, and among them he cited his attendance at the presentation of the bullfighting and university prizes of the Maestranza, presided over by the King.

After repeating that “we will not leave anyone behind,” he said: “Culture must be promoted, cultivated, watered like beautiful plants.” Promotion of which the bullfighting has not yet heard, which had only been cited in the criticized measure of nine square meters per spectator, something that seems to be corrected. “We want the bullfights to return to the activity as soon as possible.” And he insisted that it be “with the maximum guarantee”, based on mutual respect and freedom. At the end of his speech, he commented that in the coming days, Culture and Health will meet with the Fundación del Toro de Lidia to see how the bulls will return from the third phase of de-escalation.

Rodríguez Uribes pointed out that “bullfighting professionals have suffered an economic loss”. “Think about what it has meant for you not to be able to start the season in March, the suspension of the Fallas, the April Fair or San Isidro,” he added. And he continued: “I am convinced that the autonomous communities and the municipalities will make an effort to help, compensate or mitigate the damage suffered.” Precisely, the bullfighting crisis cabinet has met with the presidents of Extremadura and Castilla-La Mancha.

Being a cultural industry dependent on Fine Arts, it mentioned bullfighting among those that could benefit from the credit lines (of 40 million), the CREA SGR loans. On the other hand, in the aid and benefits of the Inaem, he mentioned dance, the circus or the lyric, but he did not mention bullfighting.

“We are committed to defending our historical heritage,” he said in general terms. And with its signs of «identity», among which is the Fiesta. .