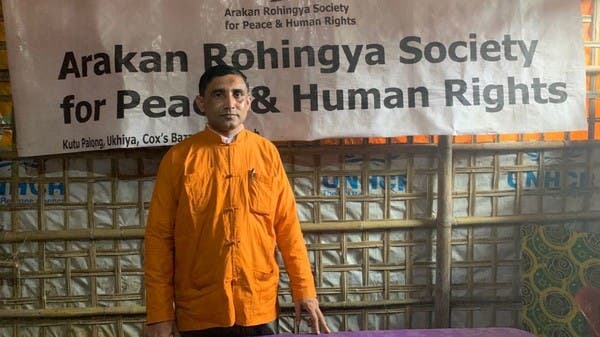 A Bangladeshi police official said Wednesday that unknown assailants opened fire on a prominent leader of Rohingya refugees, killing him in a camp in Bangladesh.

Naeemul Haq, Commander of the Armed Police Battalion in Cox’s Bazar, said in a statement that the armed attack on Mohibullah took place in Kutupalong refugee camp in Ukhia in Cox’s Bazar district late Wednesday. Doctors at the hospital declared him dead after he was transferred there.

No one has confirmed responsibility for the incident, and it was not immediately clear who was behind the attack.

Rohingya refugees in a camp inside Bangladesh

Muhibullah, a teacher turned rights activist, has emerged as a leader for Rohingya refugees and a spokesperson for refugees from neighboring Myanmar at international meetings. The 50-year-old came to Bangladesh in 2017, when some 700,000 refugees fled Myanmar amid violence perpetrated by the military.

In 2019, Mohibullah represented refugees on a visit to the White House for a meeting with then-US President Donald Trump on religious freedom, where he spoke about the suffering and persecution faced by Rohingya Muslims in Myanmar. But he was heavily criticized by the Bangladeshi media in the same year after leading a mass rally of 200,000 refugees to mark the second anniversary of the Myanmar army’s crackdown.

About 700,000 Rohingya fled to camps in Cox’s Bazar after August 2017, when the army in Buddhist-majority Myanmar launched a brutal crackdown on Rohingya Muslims. The crackdown has included rapes, killings and the burning of thousands of homes, which international rights groups and the United Nations have described as ethnic cleansing.