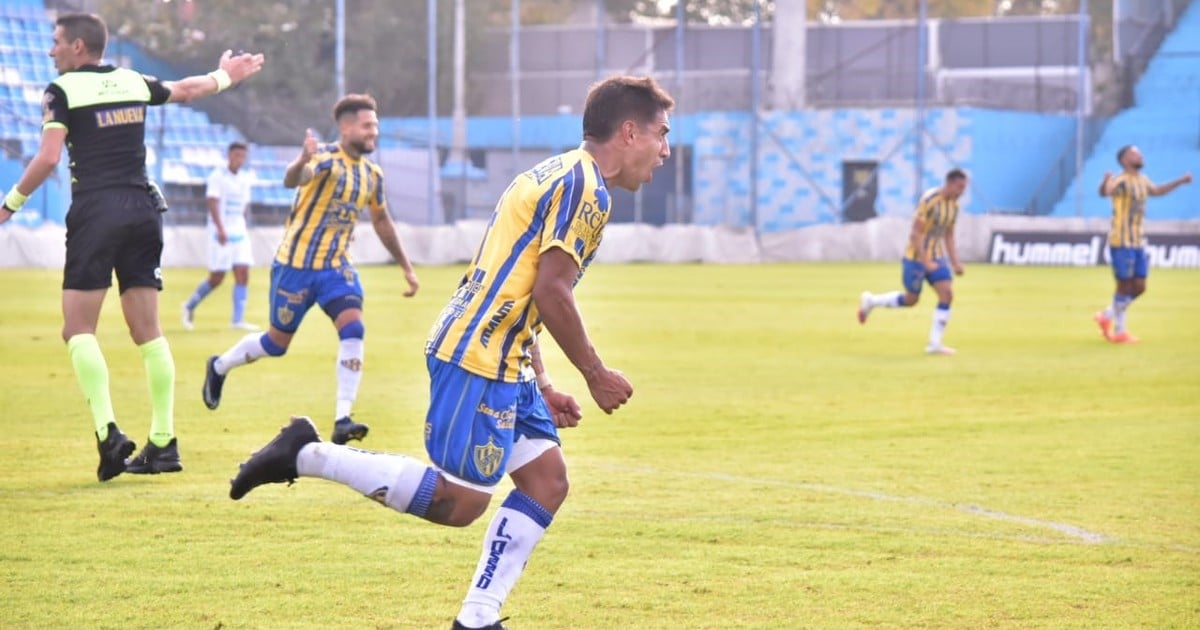 The bohemian people are happy. There is no doubt. He beat Temperley 3-0, added a vital win to climb to the top of the Primera Nacional standings and remains the only undefeated in the category. And to stomp in the south of the suburbs, he appealed to the magic of a certain Riquelme. In this case it is not Roman, if not his brother. Yes, Sebastián carried the equipment on his shoulder and led the way to victory. Nice goal and top.

With no place in Argentinos Juniors, the steering wheel began to rotate through different clubs around the world. He played in Danubio in Uruguay, Unión San Felipe in Chile, CD El Ejido in the Spanish Second B and Atenas de San Carlos in Ascenso Charrúa. Until in early 2021, Atlanta laid eyes on him and, little by little, he was earning a place on the team. Once under Walter Erviti’s consideration, the 24-year-old gained confidence and became a key player for the coach.

This is how Sebastián Riquelme defined Atlanta 1-0. (Photo: Atlanta Press)

And although he flirted several times with his first cry, Seba had to wait until the match against Gasolero to make his debut on the net. As was? Leonardo Flores reached the bottom, threw a cross and, after a delicate touch from Nacho Colombini with the cue, Riquelme appeared in the area to caress the ball and nail it to the side of Joaquín Papaleo.

Seba celebrates with Leonardo Flores and Ignacio Colombini, the authors of the 1-0 play. (Photo: Atlanta Press)

After the 1-0, Villa Crespo’s men grew on the field and erased a Gasolero who continues to be one of the most irregular teams in the tournament. Shortly after the start of the complement, Fabricio Pedrozo stretched the difference on the scoreboard. And, when the match was close to ending, Joaquín Ochoa Giménez nailed the third to seal the win and unleash the delirium of an Atlanta that surpassed Tigre in the table to be a leader.

Be careful, this Monday, Gimnasia de Mendoza faces Nueva Chicago and, in case the Lobo gets a victory, it will join the top.