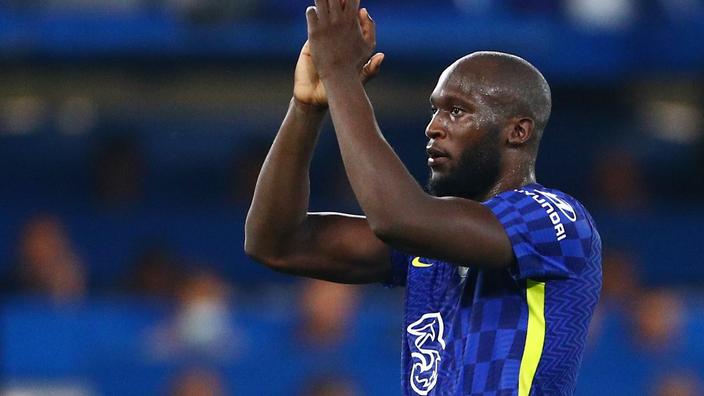 Traveling on Tottenham’s lawn this Sunday (5.30 p.m.), Chelsea will be able to count on their new attacking asset, Romelu Lukaku, to make the difference.

Last Tuesday, facing the Zenith Saint Petersburg, Romelu Lukaku donned his savior costume. Shortly after the hour mark, the Belgian center-forward, seeing César Azpilicueta preparing to cross, stood out with a few steps back, before rising and placing a pricked header close to the post, unstoppable. for Stanislav Kritsyuk. A goal that allowed Chelsea to extricate themselves from a trap match and make a success of their start in the Champions League; four months after winning the previous edition. The Blues can therefore thank him. Especially since this is not the first time since the start of the season that the Red Devils striker is decisive.

Romelu Lukaku had already belonged to Chelsea between 2011 and 2014. An unpleasant experience during which, due to lack of playing time, he was loaned to West Bromwich Albion and then to Everton. This summer, the 28-year-old center forward returned to the Blues with a whole different status. At Inter Milan, under Antonio Conte, he has become one of the best strikers on the planet. A player of this caliber, capable of making so many differences, is very expensive. London leaders are aware of this since they did not hesitate to spend € 115 million to secure his precious services; in the hope that his arrival will allow their club to be each time a candidate for victory in the Premier League and C1 in the coming seasons. Even if it is (still) far from being profitable, this investment has paid off in recent weeks. For his first match in his new colors, the Belgian distinguished himself by greatly contributing to the success of his team. With his back to goal, intelligent in his calls, he martyred the defense of Arsenal, well helped it is true by an oiled collective. It was he who showed the way for his team by opening the scoring on a serve from Reece James. Three weeks later, against Aston Villa, Romelu Lukaku again stood out by scoring a brace in Chelsea’s victory against the Villans (3-0). Since his return, it has been four goals in four games, in all competitions. Excellent statistics which do not yet reveal the full extent of its impact in the game.

The perfect profile for Chelsea

If Thomas Tuchel had made it his priority this summer, it was because the ex-Manchester United striker is an all-terrain weapon, which can weigh on a match in various ways. Certainly, he excels at the finish, but he can also serve as a fulcrum, play in depth, pierce the opposing defense or fix and find a partner. His complete profile contrasts with that of the center-forwards available to the Blues last season, namely Timo Werner, Tammy Abraham and Olivier Giroud. It is perfectly suited to the very vertical game set up by the German technician. “He brings us a plus because he plays very direct forward. He was dangerous throughout the match, especially on the blocks», Confided the former coach of Paris Saint-Germain about him after his cannon debut against Arsenal. Beyond his footballing characteristics, Romelu Lukaku is also an asset because of his personality. Unlike Timo Werner, who has lost confidence since moving to London, he never doubts and brings positive energy to the group. “Chelsea lacked a world-class striker like Romelu Lukaku. We also won and achieved results without him, but he was the type of profile we were missing. Not only in terms of talent but also in terms of personality. He’s such a humble guy, a great communicator in the locker room, and that creates some energy around him in the team., declared Thomas Tuchel to Sky Sports this week after his team’s success against Zenit St. Petersburg. His performance was not easy. We haven’t created a lot of chances for him, but he’s the kind of guy who doesn’t lose confidence and keep his conviction. And that is why he is a world class striker. It’s super important, it’s that simple. You don’t find a lot of forwards of his quality.Romelu Lukaku should again have the opportunity to prove it this Sunday (5.30 pm), in the London derby against Tottenham.