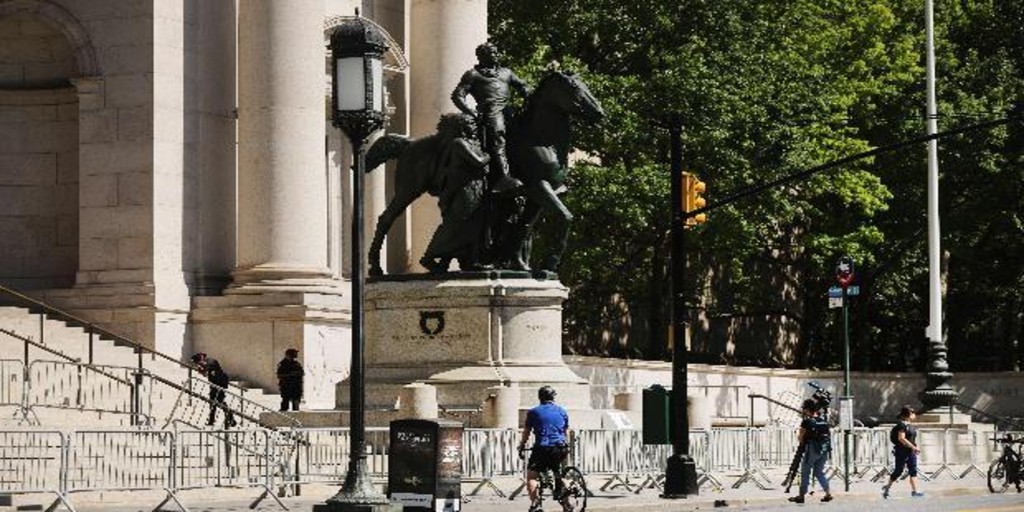 The American Museum of Natural Historyhe of New York will remove the statue of Theodore Roosevelt from the entrance of your building by racist and colonialist. The management of the institution had requested a year ago the relocation of the sculpture of the former president of the United States, and now it has been unanimously approved by the commission appointed by the City Council.

«The Museum of Natural History has asked to remove the statue of Theodore Roosevelt because it explicitly represents blacks and indigenous people like people subjugated and racially inferior“Said Mayor Bill de Blasio in a statement. “The city supports the museum’s request,” he continued. It is the right decision and the right time to move this problematic sculpture.

Designed by James Earle Fraser, the set was commissioned in 1925 and inaugurated on the steps of the museum In 1940. Features Roosevelt on horseback flanked by a indigenous figure and another African, both located physically lower than the agent. The president of the museum, Ellen Futter, has qualified in ‘The New York Times’ that this “Hierarchical composition”, and not because of the figure of the former president that led them to make the decision.

The commission has stated that Roosevelt’s equestrian sculpture will be exhibited in an institution dedicated to the life and legacy of the former president, although it has not yet been specified which one, according to the aforementioned medium.

The announcement of the withdrawal comes amidst a national debate around controversial statues or monuments triggered in the wake of death of George Floyd and the Black Lives Matter movement. At first it was focused on Confederate symbols, but later it has spread to figures such as Christopher Columbus, Winston Churchill, George Washington and even Fray Junípero Serra.