Russia: 18 years in prison required for an American accused of spying

The Russian prosecution demanded an 18-year camp sentence on Monday against Paul Whelan, an American-British ex-marine tried for espionage and who claims to have been trapped. The prosecutor “asked to convict him and sentence him to 18 years in a harsh regime camp,” his lawyer told reporters in court.

Vladimir Jerebenkov added that he was “in shock” from this “very hard” requisition. “I hope for a fair decision,” added the lawyer, who announced that the court will issue its verdict on June 15.

Paul Whelan, 50, who also has Canadian and Irish citizenship, was arrested in 2018. British Columbia lawyer says his client was trapped by an acquaintance who passed him a USB drive containing what Paul Whelan thought were photographs taken during a previous stay in Russia with him.

“The prosecutor thinks that Paul Whelan is guilty, that he is an officer of the American defense intelligence agency, that he really tried to receive information which is a state secret and could harm the security of Russia, “added Vladimir Jerebenkov.

“In a fair system, the court would acquit Paul for lack of evidence. But we expect an unfair verdict, “said David Whelan, his brother, in a statement released before the requisitions.

His family “can only hope” that the sentence will be closer to the minimum provided by the law of the country where spying is punishable by between 10 and 20 years in prison, the statement added.

His lawyer and his relatives claim that Paul Whelan is not being properly treated for a hernia and that he suffered ill-treatment in prison. Last October, he said he was “handcuffed, held on the ground by a guard, threatened by a gun by another guard and attacked”. His accusations are firmly rejected by Russia.

The trial of Paul Whelan, which began on March 23, was held behind closed doors because of measures to stem the spread of the new coronavirus in Russia, which in May became the second most affected country in the world by number of infections , after the United States. During a preliminary hearing at the Moscow City Court, the detention was extended until September 13.

The Paul Whelan affair is one of the sources of tension between Moscow and Washington, whose relations are poisoned in particular by disputes over the Ukrainian conflict, the war in Syria or even the maintenance of strategic parity between the two great powers. .

“Paul is in prison without any evidence of his guilt being presented”, denounced in late March the US ambassador to Moscow, John Sullivan, stressing hoping for a “transparent and honest trial […], because every person, every citizen of any country in the world deserves it ”. 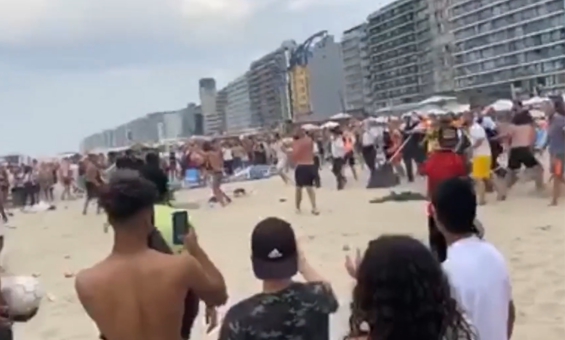