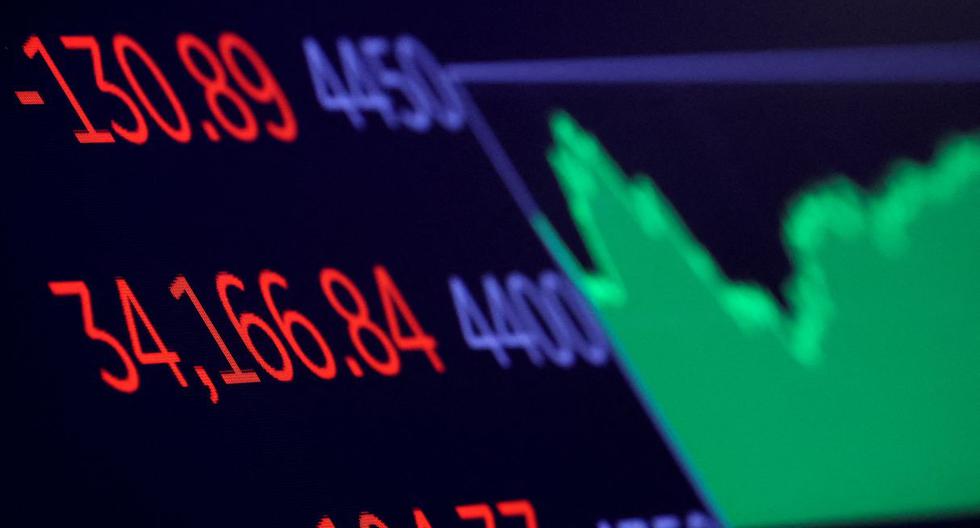 After Russia’s military incursion into Ukraine, the markets have reacted with a classic movement of risk aversion, incorporating the permanence of short-term inflationary pressures coming from energy raw materials and, even more, the harmful effect that the situation represents for the capacity of global economic growth, as pointed out by Credicorp Capital.

In essence, its report indicated, the rise in international oil prices above US$100 for the first time since 2014 and the “majorcule” effect on natural gas tariffs (especially in Europe) pose additional significant challenges to a already complex inflationary panorama at a global level.

“This significant cost pressure on inputs comes at a time when a process of deceleration is beginning in the economic growth of the United States and several countries in the world, which is explained by the absence of the large fiscal packages of recent years, the expectations of adjustments in global monetary policy and the harmful effects of the inflationary trend already observed,” said the entity’s report.

They indicated that the assets with the best performance in scenarios of shocks to global economic growth are those that have offered the “best protection” in recent trading days, especially after the military activities in Ukraine. On the one hand, the rates of North American treasuries (and thus, the sovereign debt of developed countries) have fallen back no less than from the highs of the current economic cycle reached a few days ago (reference to 10 years, from 2.08% to 1.97% currently, while it hit 1.85% in today’s session).

“This indicates that fears about growth are predominant over inflationary ones, since, in fact, the greater pressures on energy supplies increase the probability of a recession in several countries of the world in the next 12 months. Indeed, the slope of the Treasury curve, used as a leading indicator of future performance of economic activity, has been showing an accelerated flattening trend in recent weeks (evidencing the slowdown already underway), a movement that may be further perpetuated in the face of the risk of a deeper economic slowdown in the coming months.

In addition, they pointed out that metal prices have also reacted positively to the shock (although they have also been showing a persistent rise in recent days), showing lower prospects for future growth. The performance of gold, which hit 12-month highs, in particular, is associated with the dynamics of real interest rates, which in turn are interpreted as a real-time proxy of the growth capacity of the global economy.

“Both the performance of the Treasuries and that of gold corroborate the interpretation that concerns about potential recessive behavior of the economy currently predominate over inflationary ones. This implies that the current risk aversion trend is quite different from the one observed at the beginning of the pandemic, when the search for liquidity predominated, especially in dollars (which even caused important sales in Treasuries and gold at the time)”, Credicorp Capital noted.

The global stock indices, indicated the entity’s report, have reacted in accordance with the high-risk scenario, with significant downward pressures in most markets. “We highlight that the VIX index, the main indicator of equity volatility in the US, is at a 12-month high after today’s reaction (however, we also emphasize that it has been on an upward trend for weeks, noting the challenging outlook for the global economy in 2022 relative to what was observed last year)”, they specified.

All this situation implies that the scenario will be even more complex for the monetary policy of developed countries, especially the Federal Reserve. “For now we do not incorporate a sudden change in the Fed’s stimulus withdrawal stance, as political pressures to curb inflation in the US remain relevant, although we recognize that the conflict with Russia does provide a window for the The central bank backs down in its speech in case excessive stress is observed in the financial markets”, they pointed out.

“As of this writing, markets had corrected for some of the initial negative impact and the market was pricing in a lower probability of a 50bps hike in the Fed rate on Mar-22. We do not rule out that the market trusts, as it has done over the last decade, that the Fed will do everything possible to support not only the economy but also the markets. Ultimately, everything will depend on the duration and intensity of the escalation of the geopolitical conflict,” they pointed out.