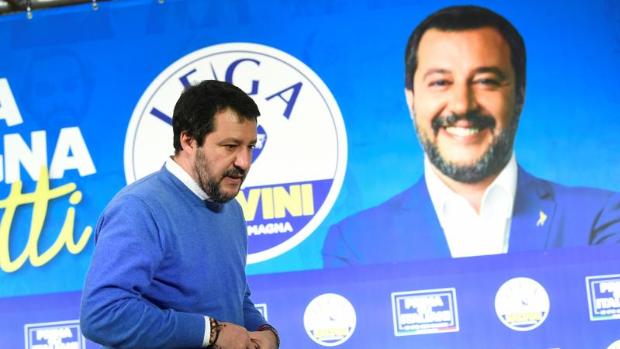 Matteo Salvini, leader of the League, suffers his first defeat in the regional elections of Emilia Romagna, after a series of important victories in the last two years, with triumphs in nine regions and having been the most voted party in the parliament elections European May 2019. Salvini had raised the elections of Emilia Romagna, one of the richest regions in the country, a fief of the left in the last 50 years, as a referendum on his leadership and on the center-left coalition government he chairs Giuseppe Conte.

Hence, these elections would have been given great national relevance, with immediate consequences for the government of Rome. The leader of the League, who has done an exhausting electoral campaign since September, suffers a hard blow because, although the right center has won in the regional elections of Calabria, he has clearly lost in the momentous challenge of Emilia Romagna, a region that has It has been a kind of laboratory of social and political changes registered for more than half a century in Italy.

The candidate of the League in this region, Lucia Borgonzoni obtains 43.7% of votes, and is distanced from the center-left candidate, Stefano Bonaccini (51.4%), the president who ruled Emilia Romagna, a member of the Democratic Party (PD) that has seen renewed voter confidence thanks to the pragmatism of its management, based on good administration with quality public services. This makes the PD to be the first party in the region again, with 34.7%, a primacy that had previously been stolen from the League in the elections to the European parliament and the 5 Star Movement in the general elections of March 2018. After the PD is the League, with 32%, and Fratelli d’Italia, with 8.6%.

See Also:  WHO says quarantines should be a last resort to control covid-19 outbreaks - Health

The 5 Star Movement suffers a spectacular and humiliating defeat: It only obtains 4.7 percent – it had more than 27% in the general elections of 2018 – and its defeat in Calabria is also serious (6.2%). Forza Italia also sinks, with 2.6%, although its leader Silvio Berlusconi has the consolation of being the first party in Calabria, with 12.5%, and his candidate, Jole Santelli, has allowed the center The right was clearly imposed (55.4%) to the left center, becoming the first woman to preside over the Calabria region.

Bipolarism is back
The results indicate that in Italy bipolarism returns, with the right center led by the Democratic Party, while in the right center the League is clearly imposed. Matteo Salvini dreamed of winning the elections in Emilia Romagna with the aim of requesting this Monday the resignation of the government and the call for general elections. Now they will be delayed, surely at least until the new president of the Republic, scheduled for 2022, is elected.

The victory of the left center reinforces the coalition government formed by the Democratic Party, the 5 Stars Movement and Viva Italia by Matteo Renzi. But change the correlation of forces. The M5E, which is the majority party because of the number of parliamentarians, has weakened its position in the government vis-à-vis the Democratic Party. That deep crisis of the Movement, which will hold its first congress in March after the resignation of its leader Luigi Di Maio, puts a shadow of doubt on the government of Giuseppe Conte. In these elections the 5 Star Movement has remained an irrelevant political force, whose decline seems unstoppable after being the first party in the country to win the March 2018 elections, with 32.4% of the vote.

See Also:  what we know about the attack that killed eight people, including six French

Mobilization to stop Salvini
Salvini has exaggerated his extremism in the campaign, which has had a boomerang effect, since he has achieved a great mobilization in Emilia Romagna against him. “The man of the slogans has been defeated,” said Prime Minister Conte, referring to Salvini, who, in effect, is especially distinguished for being a politician who uses slogans that he tirelessly repeats in his rallies and meetings. social networks.

“Salvini’s strategy was to impose his agenda (immigration has become a key issue for him again) waiting for a weak reaction in the left center, but it has not been so,” says the professor of Political Science at the University of Bologna, Salvatore Vasallo, director of the Institute of studies and research Carlo Cattaneo. Salvini campaigned almost door to door in search of votes. Sometimes even with a certain scandal. For example, last week he called the telephone of a house in a neighborhood of Bologna, the capital of the region, accusing a Tunisian of being a drug dealer, because that was what a woman in the neighborhood had indicated. A gesture described as “racist” and “deplorable” by the Tunisian ambassador in a protest letter.

The influx to the polls in Emilia Romagna was 67.67% in Emilia Romagna, almost 30 points above the previous ones in 2015. This significant increase in voters has clearly favored the left center. In this mobilization the movements of the “Sardines” have had great influence, which has been one of the great surprises of Italian politics in recent months. The movement was born on November 14 in Bologna against populism, in particular against Matteo Salvini. Knowing the result, the secretary of the PD, Nicola Zingaretti, thanked the “Sardines” for the undoubted influence they have had on the victory of the center left. .