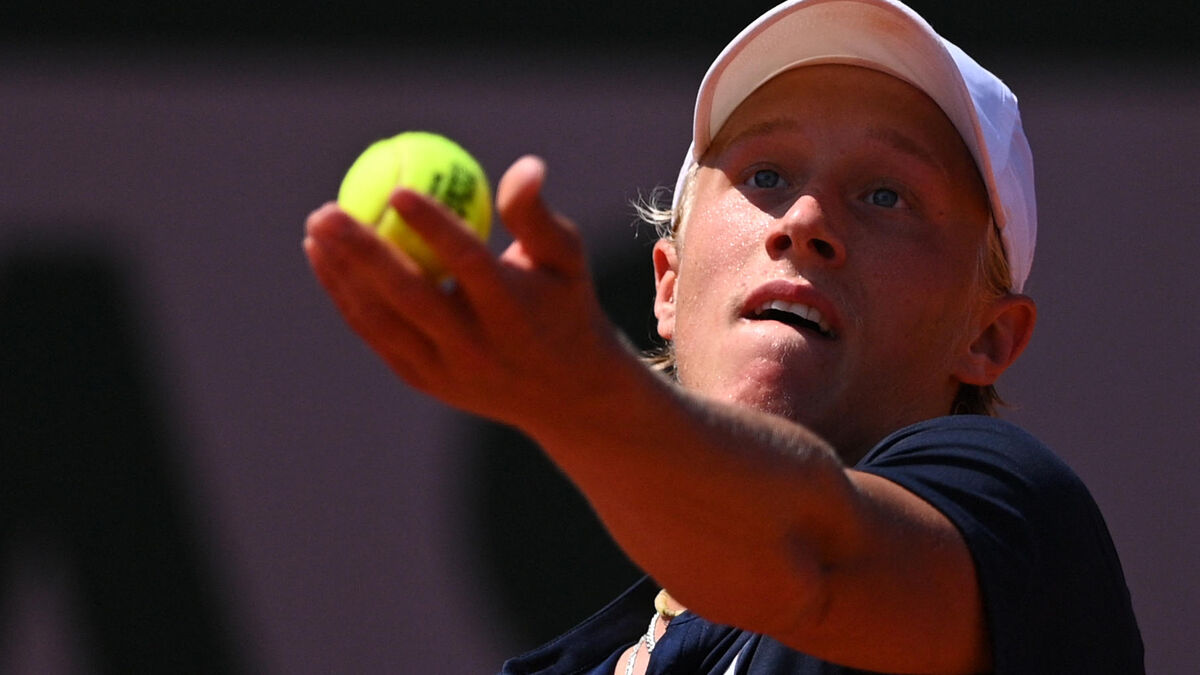 Game, set and match… Borg. Forty years after Swedish legend Björn Borg’s 6th and last coronation at Roland Garros, another Borg is present on Parisian clay and perpetuates the family tradition. But in the junior table at the moment. This Tuesday noon, under a blazing sun, Leo, the son of the man with the blindfold and Patricia, his third wife, qualified for the 3rd round of the Paris tournament after his victory in 3 sets (1-6, 7-6, 6-3) over the German Max Hans Rehberg.

These are the first victories in a junior Grand Slam for the one who celebrated his 18th birthday on May 15 and who is classified beyond 2000th place in the ATP. “He often talks to me about Roland-Garros and how incredible this place is, the public… He told me only good things”, confides the young Swede, more expressive on a court than his father, nicknamed “iceman” .

In the stands of court n ° 9, which the father has never known, about forty spectators are present. If most of them came by chance – “We have just arrived and we were looking above all for matches which had already started”, explains Henri – others were attracted by this surname which intrigues and leaves no one indifferent in the world of the little yellow ball. “I took a picture, I can tell my father that I saw Borg play”, laughs Jérôme, born in 1982.

“Physically there is a resemblance”

The resemblance between father and son is striking: the same blond hair, which the son hides under a cap, the same piercing blue eyes and the same thirst to win. So much so that Leo had played the role of his father Pre-teen Bjorn in the 2017 Borg / McEnroe movie. And obviously Leo hits his backhand with both hands. “Physically there is a resemblance even if, in memory, the father was more hunky,” continues Henri, 55 years old. He started out with hockey and that’s why he played his backhand with both hands. He was the only one at the time. It was a UFO. “

Another spectator present in the stands attentively watches the duel. This is Mansour Bahrami. The former Franco-Iranian player is close to the “pappa” (father in Swedish). “I saw him born, I was at his parents’ wedding,” explains the tennis court showman. I hugged him when he was a baby. He even called me papa at one time but I told him that I had nothing to do with it (laughs). It makes me happy to see Leo play here. “

If Björn is not at Roland Garros at the moment, he can count on his friend to keep him posted on Leo’s performance. “I sent him videos of the match,” smiles Bahrami, 65 like his Swedish friend. He will arrive at the end of the week (Editor’s note: he could hand over the Musketeers Cup). If he looks affectionately and full of tenderness on the young Borg, Bahrami knows the strength of character that the latter must have to follow in the footsteps of his illustrious father.

“Leo has talent, he’s a good player but he wants to become a great player,” explains the man who reached the men’s doubles final at Porte d’Auteuil with Eric Winogradsky in 1989. For this talent is not necessarily enough . The way is still long. But he works well, he is well surrounded and he is passionate. His father supports him. He often travels alongside him to support him without putting too much pressure on him. He’s not like some fathers who put in too much. He leaves him his freedom, to make his career, but he is always there if necessary. The man who won his first junior tournament in Porto Alegre in March and trains in the academy of his idol Rafael Nadal is aiming for “the world top 10”.

« The best advice he gives me is to be organized in his career and his life. He gives me some tips but he doesn’t follow me around all the time. He lets me manage it with my coach, confides Leo who started tennis at age 6 after hesitating with football. It was a bit difficult for me to experience the eyes of others when I was younger. I learned to manage it because anyway, it will follow me for the rest of my career. So it doesn’t bother me anymore. » In the next round, he will face the Chinese Shang (seed # 1) to continue writing his own story.