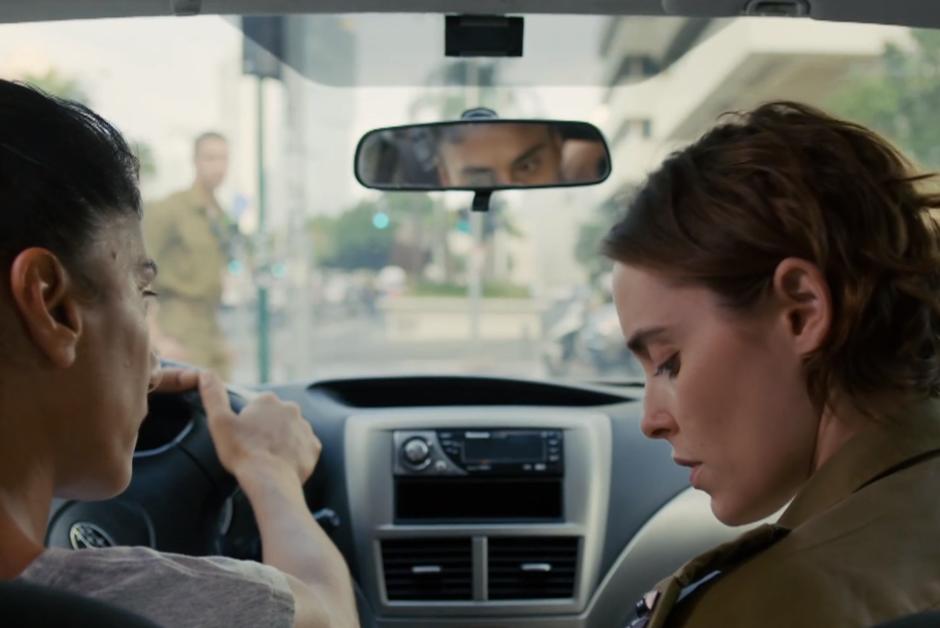 Recently awarded at the film festival LGBT from Tel Aviv, Polygraph features the love affairs of a Palestinian nurse and an Israeli soldier who works for her country’s secret service. The first short film by Palestinian Samira Sayara, this film is a political coup.

The opening scene of Polygraph takes place in Tel Aviv, during the summer of 2014, in the midst of the Gaza war. Two women are in a bed. One, Yasmine, is a 37-year-old Palestinian Arab nurse. The other, Or, is a 26-year-old Israeli Jew, working for the IDF’s secret service. They “Make love with passion when a mermaid suddenly interrupts this moment of intimacy”, tells the daily Ha’Aretz. “For a second, they stop, then the Arab woman looks her partner straight in the eye, turns her onto her back and regains control. The siren continues to sound, but the two women no longer hear it. ”

The polygraph in the title refers to a test the Israeli must pass, which she fears will reveal her love for a Palestinian. To shoot this short film, Samira Saraya, 44, says she drew on her personal story. She herself was in a relationship for four years with an Israeli who was employed by the air force. “I wanted to take a step back and reflect on those feelings that I hadn’t really analyzed when I was in this relationship, and also understand how I had been able to survive this relationship with a woman who was involved in acts of a very serious violence ”, confides

First newspaper published in Hebrew under the British Mandate, in 1919, “The Country” is the newspaper of reference among Israeli politicians and intellectuals. Today located in the left center, Ha’Aretz has always cultivated a line