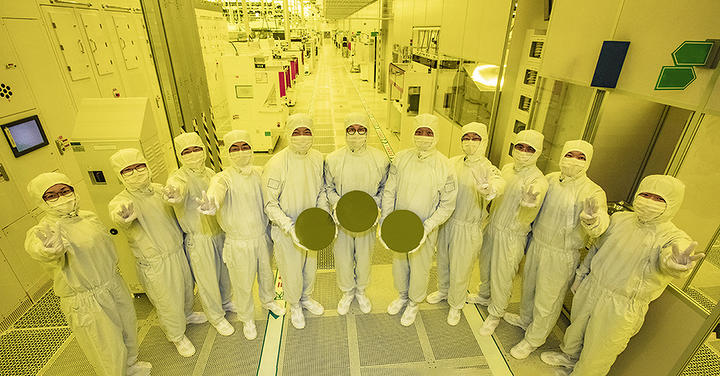 The two global semiconductor leaders are moving towards the 3-nanometer generation, and Samsung announced yesterday that its 3-nanometer process has entered mass production, using the new GAA technology. Chip power consumption is 45%, performance is improved by 23%, and surface area is reduced by 16%.

Samsung announced that it has successfully mass-produced 3-nanometer chips in the GAAFET process in its factory in Hwaseong, South Korea. Samsung’s first-generation 3-nanometer process uses GAA technology with MBCFET architecture, which can break through the technical limitations of the original FinFET and reduce the need for chips. voltage, and increase the drive current to save power and improve performance.

The first wave of Samsung’s 3nm process will be applied to high-performance and low-power computing products, and will also be extended to mobile devices. It was previously reported by South Korean media that Shanghai Pansi Semiconductor, a Chinese mining chip design company, is Samsung’s 3nm process customer.

Although Samsung preempted mass production at the 3nm node, the Central News Agency interviewed Yang Ruilin, research director of the International Institute of Obstetrics and Gynecology, ITRI, and pointed out that the global GAA technology ecosystem is not yet mature, and GAA-related etching and measurement problems, as well as materials, chemicals, etc. There are problems that need to be overcome. ASML’s first high-NA EUV lithography exposure equipment has not yet been produced. Samsung uses the existing process solution to mass-produce the GAA 3-nanometer process, which will increase the cost and deliver. The lead time is long and the yield rate is slow.

Yang Ruilin also said that it is difficult for Samsung to establish a cost model, so it is difficult to make quotations to customers. Liu Peizhen, researcher and director of the Institute of Industrial Economics Database of the Taiwan Economic and Technological Institute, also said that Samsung has not yet received actual orders for the 3nm process, and announced mass production. The propaganda is more important than the actual meaning. Although Samsung Semiconductor has many customers, in the past, when the advanced process started mass production, it was mainly used internally by Samsung in the initial stage.

According to the statistics of TrendForce, a market research organization, in the first quarter of 2022, TSMC ranked first with 53.6% of the global foundry market share, and Samsung ranked second with 16.3%. In addition, Samsung also plans to produce 2-nanometer chips with GAA technology in 2025, while TSMC plans to enter the mass production of 3-nanometer process in the second half of this year.

Abencia Meza: when will the popular folk singer who is in prison for the murder of Alicia Delgado be released | answers

Mobile phone .. the future of gaming’