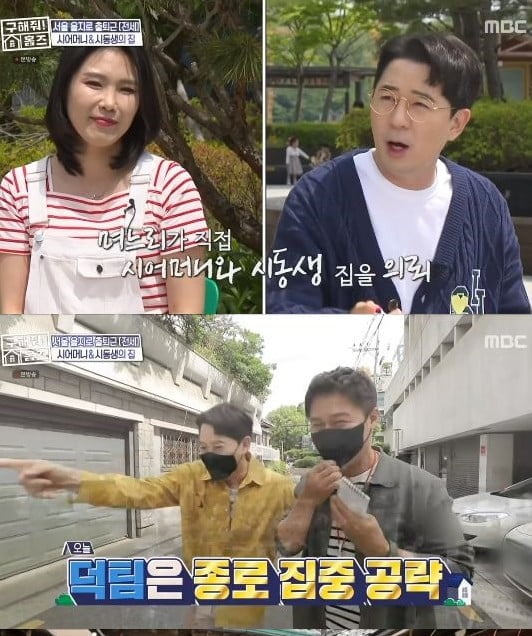 In ‘Save Holmes’, the daughter-in-law requested a new home for her mother-in-law and younger brother.

On the afternoon of the 30th, the MBC entertainment program ‘Save me! In ‘Holmes’, actor Park Ho-san and singer Cho-a came out as intern outfits to find a property for a daughter-in-law who is looking for a house for her mother-in-law and brother-in-law after the death of her father-in-law.

On this day, the final house chosen by the client was an apartment in Wolgye-dong, Nowon-gu. Dong-Min Jang and Cho-Ah headed to a new apartment building in Sik Jun in 2016. Jang Dong-min said, “I used to live here for a long time. I’m well aware of it.”

Choa and Jang Dongmin, who entered the apartment, saw the mountain view of Sooksok and shouted ‘Choahyo’. In particular, the fresh natural view outside the window gave the feeling as if you were in a mountain lodge or villa. Yang Se-hyeong said, “I really like the mountain view,” showing sincerity and praising.