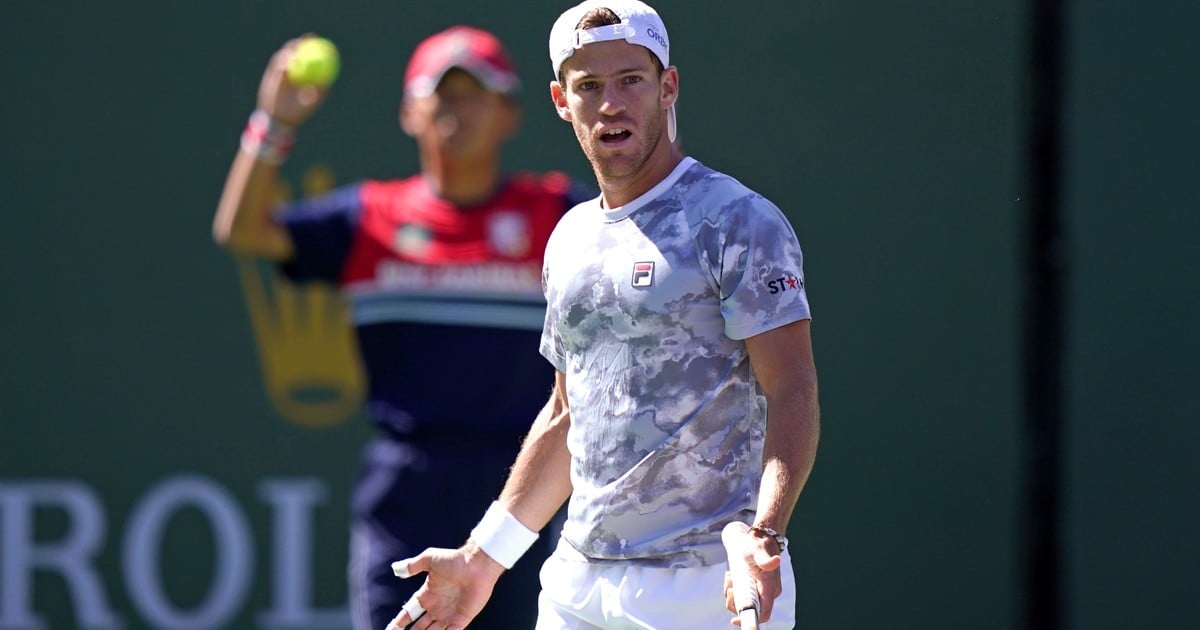 Diego Schwartzman reached the quarterfinals of Masters 1000 de Indian Wells with high confidence. Because after showing some doubts in his first two matches, he had given the Norwegian a tennis lesson in the round of 16 Casper Ruud. But this Thursday, he could not repeat that performance and said goodbye to the tournament with a tough defeat. The Little, eleventh seed and number 15 in the ranking, fell 6-0 and 6-2 against the British Cameron Norrie, 26th in the ranking, in just one hour and 13 minutes of play.

Schwartzman came out on the court tense and could not display his best tennis. He made many mistakes -13 in the first set- and found no precision in his shots.

Norrie, who is trained by the Argentine Facundo Lugones, took advantage of the bad moment of his rival and immediately took a good advantage with a high-level game. He broke in the first and third games – in the latter, winning all the points – and went ahead 4-0.

The Small -who made just 33 percent of his first serves- began to play a little more in the fifth game, in which he responded well to some very corner shots from the European and raised two break points. But he kept missing a lot. Norrie, much more comfortable on the court, took advantage of his third break point chance to go 5-0. And then he closed the set with his serve.

The porteño was finally able to win his first game at the start of the second chapter, although not without working, and he went ahead 1-0 with his serve. That allowed him to loosen up a bit. However, Norrie returned all the balls to him and did not let him gain regularity; and the SmallIn a hurry to get recovery on track, he continued to be too wrong.

Thus, in the third game, the Briton had two new break chances. The Argentine saved the first with a good deep ball, but gave in in the second with another unforced error, which left him 1-2 down on the scoreboard.

Schwartzman was not discouraged and in the following game, he recovered the service in a game in which he went to look for the points and ended up making the break in his third opportunity, thanks to a long ball from the Briton, for the 2-2. “Let’s go!”, he celebrated, with a shout that echoed in the stadium.

The joy did not last long, because the European, plugged into the game, hit him back with another break, which he sealed with an unstoppable cross return, and then confirmed the advantage with his own service (4-2).

Although the helplessness and frustration was reflected in his body language and gestures, the Small I was still looking for recovery. But Norrie did not give him space or time and took advantage of every mistake made by the Argentine. Thus, the Briton got a new break and went 5-2, with the chance to close the game with his serve. And so he did: he won the game at zero and was among the best four in the contest.

On his way to the quarter-finals, Schwartzman had already had two grueling tests, which he overcame with two displays of impressive mental toughness.

This Thursday, the story was different. The porteño never found his game nor could he disturb his opponent, who played at a very high level, beat him comfortably and got into the semifinals.

Schwartzman will have to get the positive out of his time in the Californian desert – in addition to the reactions in the first two games, the great performance he showed in the second round against Ruud, one of the most winning players of the season, which allowed him to cut a drought two years without victories against the top 20 – and turn the page quickly, to face the remainder of the season.